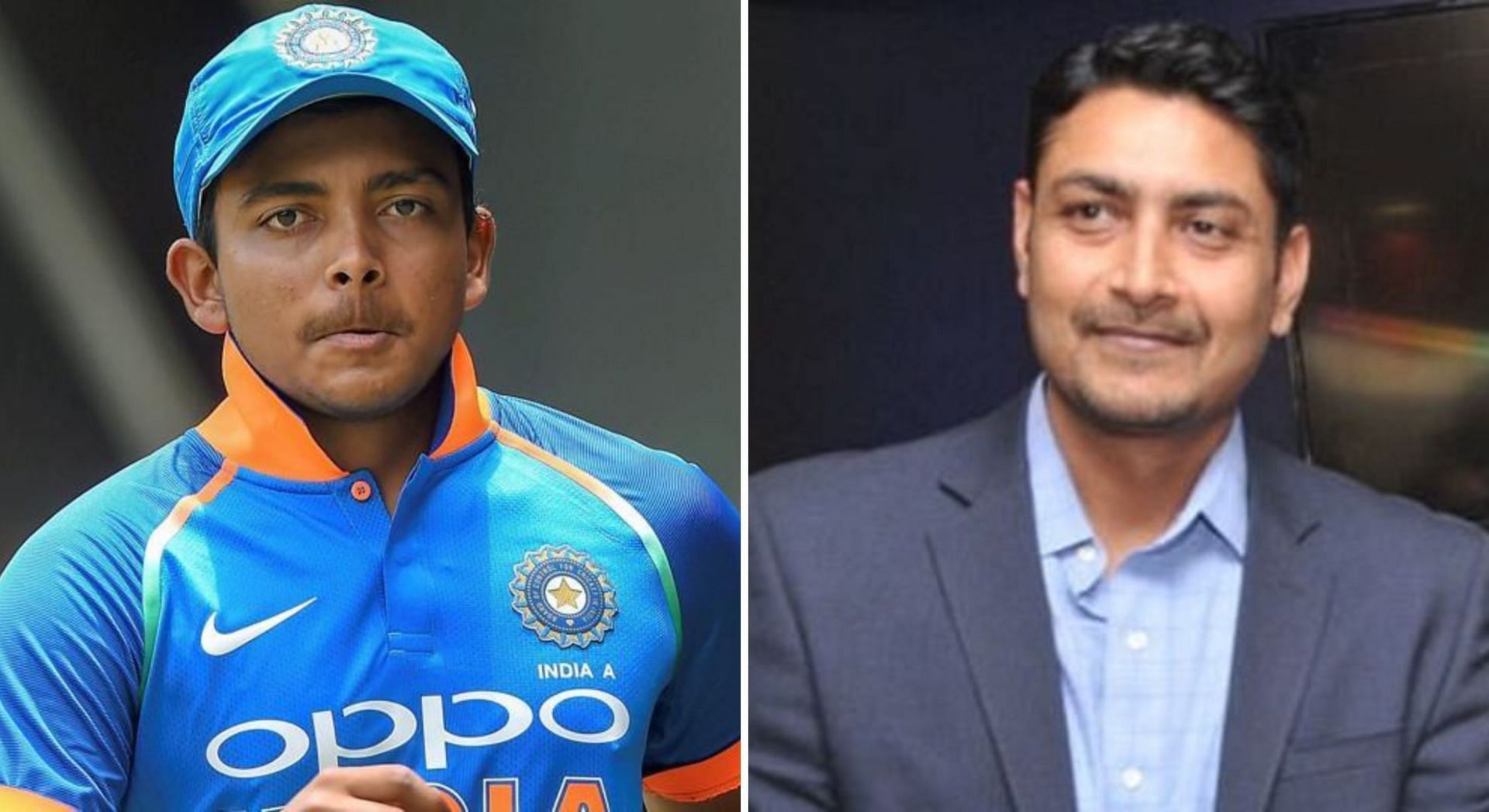 Former India cricketer Deep Dasgupta has revealed that the duo of Rohit Sharma and KL Rahul are his first-choice openers for the ICC T20 World Cup. This comes amidst the debate over Rohit Sharma’s opening partner which has been ongoing for the last couple of series.

However, the former wicket-keeper batter has a unique suggestion for the backup opener’s choice. He feels that Delhi Capitals’ swashbuckling opener Prithvi Shaw could be the third opener for the tournament. Here’s what he told CricTracker‘s YouTube channel:

“KL Rahul and Rohit Sharma would be my first choice [for T20 World Cup]. As a third opener, you can look at options like Prithvi Shaw, who has done extremely well in that opener slot and gives you a different skill set. The way he starts, he might not give you 70s, 80s or hundreds, but he can give you a brisk start.”

Should he be in India’s ODI squad?

“Ishan [Kishan], if you look at the internationals, he’s done alright. He starts well but lost his mojo a bit now in the last few games.”

While Prithvi Shaw is currently not in the scheme of things for the Men in Blue, Ishan Kishan has been warming the bench since the last few T20Is.

Shaw, in particular, last played for India against Sri Lanka in July last year. Unfortunately, he was out for a duck in the only T20I for the Men in Blue. But he had a good IPL 2022 season where he amassed 283 runs in 10 matches at an impressive strike of 152.97.

The youngster also had a decent stint in the Ranji Trophy, leading Mumbai from the front. The right-handed batter scored 355 runs from six games at an average of 35.50. He led the team to the final where they suffered a thumping defeat against Madhya Pradesh.

Meanwhile, Kishan has scored 532 runs in 18 matches at an average of 31.29. Regardless, Prithvi Shaw seems to be out of the race for the T20 World Cup squad.

Deep Dasgupta feels that India possesses some of the best players waiting in the wings. He added that there are a lot of wicketkeepers who are also good with the bat and these players can be included in the squad as specialist batsmen. Dasgupta said that emerging keeper-batsmen such as Jitesh Sharma (Punjab Kings) are a work in progress.

“There are a lot of wicket-keepers who are also good batters. They can fit into not only as keeper-batters but just as batters. Ishan Kishan, Rishabh Pant, KL Rahul, Dinesh Karthik. Some players are still in work-in-progress mode like Jitesh Sharma. He has done well in IPL.”

Ahead of the T20 World Cup, Dasgupta further added that up to three wicket-keepers could play for India in the playing XI for the upcoming Asia Cup.

“I think there are quite a few options. I am also looking at them from a batting perspective. In such a case, you play 2-3 wicket-keepers in the playing XI. For example- KL Rahul as an opener, Rishabh Pant in the middle-order and Dinesh Karthik as a finisher.”

Also Read: “Always wanted to start a band with a cute boy”- Anushka Sharma’s latest pic with Virat Kohli will give you couple goals – Check out the pictures

Q. Will Jitesh Sharma get a chance with the Indian national team?