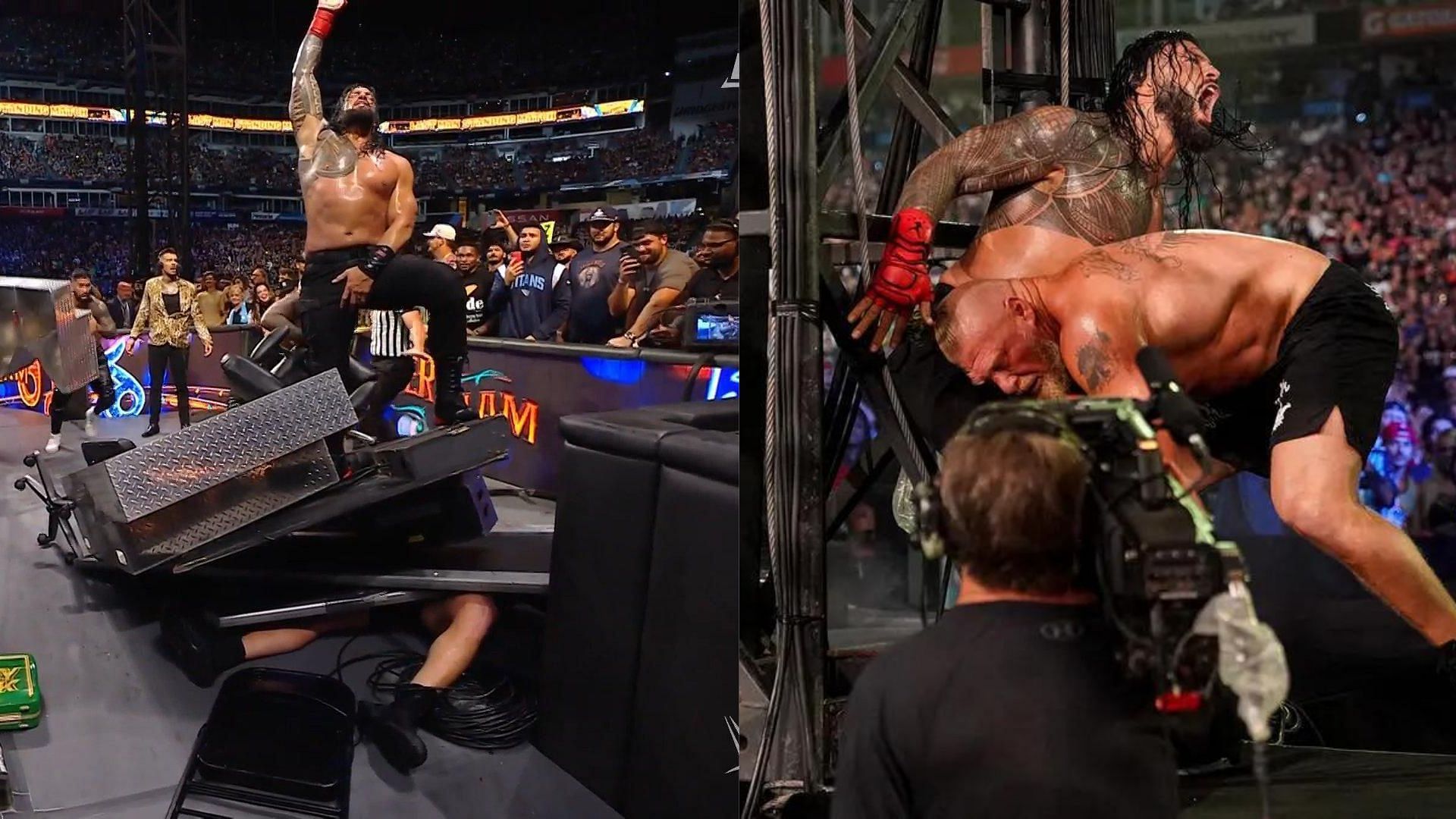 Paul Heyman took to his Instagram handle to send a bold message in favor of Roman Reigns after his latest SummerSlam win over Brock Lesnar.

In the main event of The Biggest Party of the Summer, The Tribal Chief defeated Lesnar in a Last Man Standing Match to retain the Undisputed WWE Universal Championship.

Taking to social media, Heyman shared an incredible photo of him walking out alongside Reigns at SummerSlam. He also boasted about the fact that his client was the last man standing.

With his latest win over The Beast Incarnate, Reigns will now shift his focus towards Drew McIntyre, whom he will face at WWE’s Clash at the Castle in the UK.

The former WWE Champion will have the opportunity to finally bring an end to The Tribal Chief’s historic title reign.

Noam Dar recently gave his prediction for Drew McIntyre vs. Roman Reigns for Clash at the Castle

Noam Dar was recently in conversation with Sportskeeda Wrestling. During the interview, he provided his prediction for the upcoming title match, Drew McIntyre vs. Roman Reigns

Dar initially started by praising the Scotsman for his reign as the WWE Champion. He said:

“I feel like in the past several years Drew McIntyre has you know, been on the top of the company, especially during the lockdown. Done an amazing job as champion and really helped in WWE through that period. I think he is in his prime right now.”

The former 205 Live star is also backing McIntyre to beat Reigns, claiming that the former will capitalize on his momentum to dethrone The Head of the Table.

“I think Drew McIntyre wins. I think just too much momentum, too much energy behind him. Drew McIntyre really understands the moment that’s in front of him, he always has, and this would be no different.”

WWE Clash at the Castle, the UK’s first major WWE stadium event in over 30 years, taking place at the Principality Stadium in Cardiff on Saturday 3rd September. For tickets visit: https://www.ticketmaster.co.uk/wweclash.