Why alarm bells should be ringing for the Blues 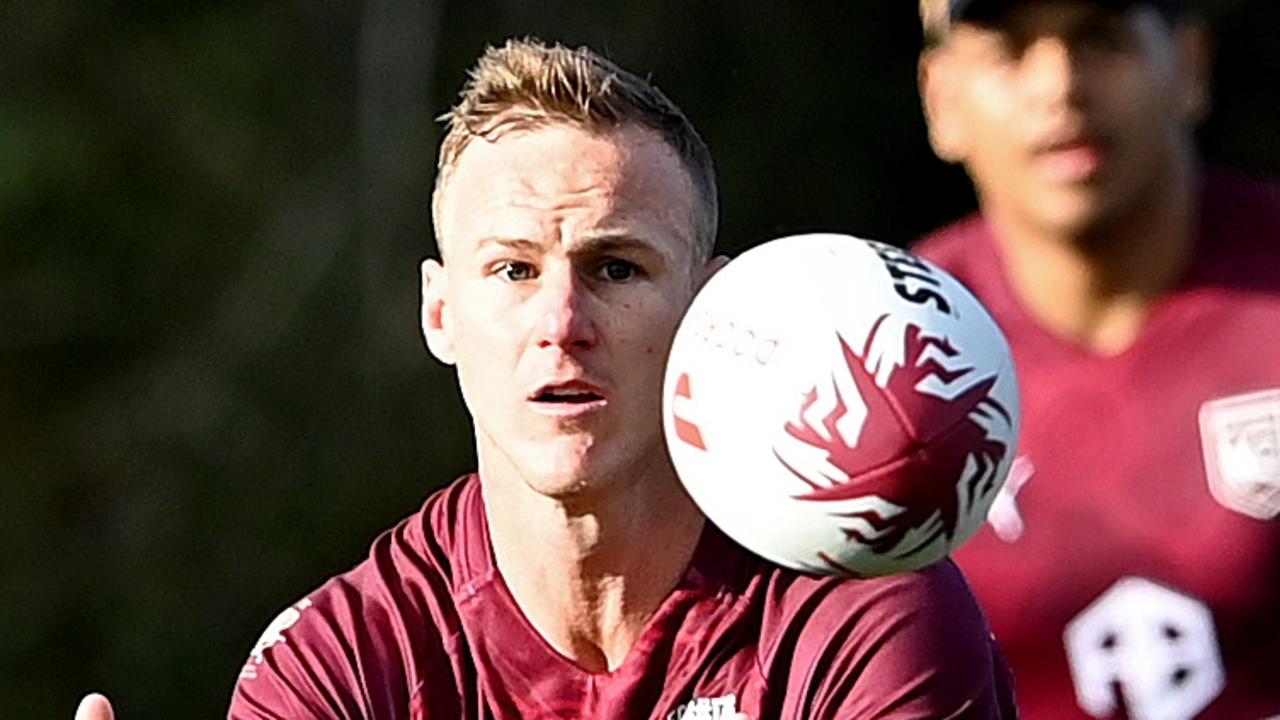 After a tame build-up to the Origin decider, the game is being presented to Daly Cherry-Evans and Kalyn Ponga to chisel their places in Queensland history, writes PAUL KENT.

Daly Cherry-Evans beamed his 12-watt smile and in the flicker of that moment, an honest man doing his best to sell a game with nothing to sell but its history, you had to feel sorry for him and perhaps even the Maroons.

The game is crying out for a promotion and all they can sell is a promise of the famous Queensland spirit, which might or might not come.

The Blues are sitting mute, content with the knowledge they are hot favourites with the bookies and for good reason.

All Queensland has going into this game is a rich catalogue of standing up when the moment came — the broken bones and shattered line-ups that remain the patchwork quilt of Queensland’s story.

That purple period of Queensland dominance, a team led by Thurston, Smith, Cronk, Slater and co. that easily outclassed the Blues, is almost an anomaly.

Stream every game of every round of the 2022 NRL Telstra Premiership Season Live & Ad-Break Free During Play on Kayo. New to Kayo? Try 14-days free now.

Now, Queensland are back in that space where they need a moment … and where their man for that moment is gone.

The most interesting line to come out of this entire Game Three lead-up so far is that Cameron Munster, the Maroons’ greatest threat, has Covid.

The promotion is being carried by a virus.

Over the other side, in Blue Heaven, the heartbreaking news that Jordan McLean would miss his Origin debut after tearing his hamstring was the only topic worth a conversation at morning smoko, but it lasted all of a day.

Where do you go beyond saying you feel sorry for the guy?

That NSW is comfortable favourite should be sounding an alarm inside the Blues camp.

In times past coaches like Phil Gould, who minors in psychology, would find a way to pick a fight in a bid to sharpen focus and prevent his Blues getting complacent, which had the little side benefit of adding to the promotion of the game.

Nowadays they claim they don’t need it.

Origin sells itself, apparently, even as they remain in denial about sliding television ratings.

If the Blues skip away early, as some fear, and the bookies confirm, it will be a disaster for the game’s promotion.

If NSW leads by two tries at any point early, an entire state will go dark before the halftime bell. Only a famous Queensland fightback can save the game.

So it rests on Cherry-Evans and Kalyn Ponga finding a little of that Queensland folklore they all talk about.

So far, Cherry-Evans has given little for Maroons fans to be enthused about.

Cherry-Evans was quizzed Monday about the Queensland line-up, particularly the starting halves, and after getting cute early about not knowing the team list, he finally conceded they did know, they just would not be telling anyone.

“We’re really clear in where we’re playing as a team, which is good,” he said.

“Is that just because you want to not tell the Blues?” she asked, which seemed fairly obvious.

Cherry-Evans was having none of it.

It hardly inspires anyone that he might be up for the game of his life.

So far Cherry-Evans has usually played well in Origin without ever dominating a game.

Ponga has dominated, but when it was not anticipated. All of a sudden we just noticed he was tearing the Blues apart.

The hallmark of all Queensland legends has been that, when the moment came, they found it.

A moment or a performance, back to Beetson in Origin I through Wally Lewis and Mal Meninga to Allan Langer and Darren Lockyer and Smith, Slater and co., they stood up when the moment came.

Cherry-Evans had an opportunity to put a line in the sand and declare his intent to dip into that Queensland mythology and lead the Maroons home.

This game is being presented to him and Ponga to chisel their places in Queensland history.

And the game could do with a little pep added to it as well.

If Origin can no longer be interesting enough to spark a conversation among the tradies and labourers that put their money in their pockets and keep the game at the front of every conversation on the job site, then where is its future?

If there has ever been a more boring lead-up to an Origin decider then there is nobody left to describe it.

Clearly nobody survived, death by boredom.

Originally published as Paul Kent: Why alarm bells should be ringing for the NSW Blues in State of Origin decider