Why 2005 reboot with legendary Tigers trio is already dead 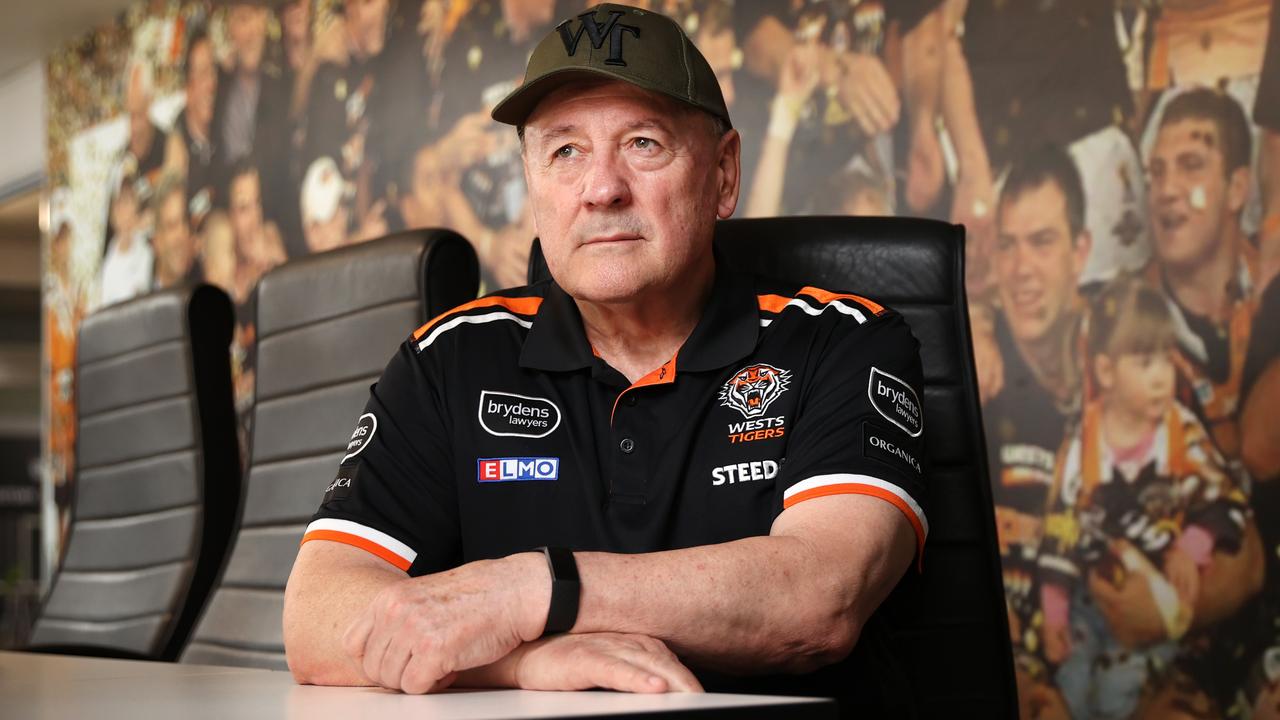 We all should work at a place like the Wests Tigers at least once in our lives. If nothing else, you are always guaranteed future employment.

If there is a place you want to be sacked from it is the Tigers. It comes with a nice payout which often lasts just long enough before they call to bring you back.

The latest is the talk Tim Sheens is being positioned to return to the Tigers as head coach a decade after the club sacked him, for which he later sued.

Joining Sheens on the coaching staff will be Benji Marshall, who was sacked from the Tigers in 2013, returned in 2018, only to be sent off again in 2020.

And then return again in retirement as part of the coaching staff.

Just to show that an old idea is still a good idea, Robbie Farah is being mentioned as the third name in the new coaching structure.

Stream every game of every round of the 2022 NRL Telstra Premiership Season Live & Ad-Break Free During Play on Kayo. New to Kayo? Try 14-days free now.

A bit like Marshall, Farah was sacked in 2016 only to return in 2018, for two seasons, and now works weekends riding shotgun alongside interim coach Brett Kimmorley.

That’s the good thing about the Tigers, winning isn’t so important, finals are not necessary, and sackings are only temporary.

And the payouts are just brilliant.

When Farah was still in his first instalment at the club even the hot dog sellers outside the ground were spruiking Farah was about to be sacked, the barking getting loud enough for long enough that Farah’s manager Sam Ayoub called the club for clarification.

“Why would we treat a club legend like that?” argued chief executive Justin Pascoe.

Farah had graduated to become one of the two great figures in the merged club’s history, alongside Marshall.

So it seemed a reasonable enough defence from Pascoe, and one that didn’t appear to need reply from Ayoub.

Before lunch the very next day the Tigers put out a press release stating Farah was being released.

This came as something of a surprise to Ayoub, remembering his conversation from the day before, not to mention to Farah.

In one of the great oversights that only the Tigers could be capable of, though, it emerged that before announcing his exit from the club the Tigers had failed to actually negotiate a release with Farah, which basically negated all the bargaining power the club had when they had to negotiate a payout.

So Farah got the lot.

And just two years later he was back again.

The idea, it goes, first came up about a month ago where a rosy-cheeked old journo suggested over lunch that Sheens might be the answer to their coaching problems.

It was met with some mirth at the time. Even the Tigers thought it slightly absurd.

Sheens has also been at pains to say, at least publicly, he is not interested in being the head coach again, although behind the scenes the conversations appear to be slightly different.

Earlier this year Sheens did a question and answer night at the Sackville Hotel where he said several times that, despite his job as head of football at the Tigers, he considered himself a head coach first and foremost.

From the crowd, Paul the Count asked about the coaching, and asked if there was a chance Sheens might replace Michael Maguire. He is nothing if not a romantic.

Sheens said he was a head coach, that was his profession, and he would always be a head coach but here, now, with the Tigers, that was not what he was employed to do.

Everybody got a feeling of what he was trying to say.

And now it has all changed.

Since Michael Maguire was sacked as head coach last month Sheens has stated several times he has no interest in the head coaching job.

When I asked him how difficult it might be to attract a coach to the club, given it has become something of a graveyard for coaches since Sheens was sacked first time around — only Ivan Cleary has survived, and he left the Tigers — Sheens held no fears.

“I’ll be knocked over with applicants, don’t worry about that, Paul,” he said.

“The issue is trying to find the right guy to fit.”

Sadly, Sheens is still standing, having been knocked over by no one.

Penrith assistant Cameron Ciraldo knocked back a five-year deal, St Helens coach Kristian Woolf said no and Todd Payten has quietly been sounded out with no interest.

Other likely candidates now don’t seem to be so likely, and so the club is looking to reinvent 2005 again.