What’s in a Name? The Story Behind Janis Joplin 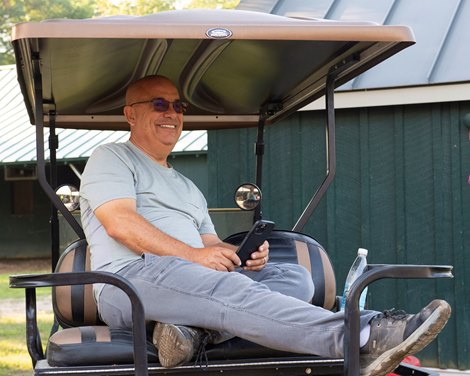 Fans of the psychedelic rock of the late Janis Joplin won’t have to look far to find their favorite in the Aug. 7 $200,000 Adirondack (G3) at Saratoga Race Course.

The 2-year-old filly starting from post 5 is named Janis Joplin .

There is no truth to the rumor that the song “Me and Bobby McGee” will be played as the horses enter the track from the paddock.

The daughter of California Chrome  —Seeking the Blue , by Arch , is owned by Gary Barber and trained by Hall of Famer Mark Casse.

Casse said he and his wife, Tina, originally bought the horse before selling it to Barber. Casse said it was his wife who came up with the name for the filly.

“My wife gets pretty intense about the names and she is pretty good,” Casse said. “She saw the Seeking the Blue and looked up blues singers and came up with Janis Joplin.”

The name was originally turned down by The Jockey Club, so Casse said his wife wrote a note.

“She said she was a fan of Janis Joplin and it was a tribute to her and they said OK,” Casse said.

And that’s how Janis Joplin became the name of a 2-year-old filly.