“We get to watch this monster cook”, “ball tonight” – Arsenal fans thrilled with inclusion of 21-year-old star in line-up for Crystal Palace game 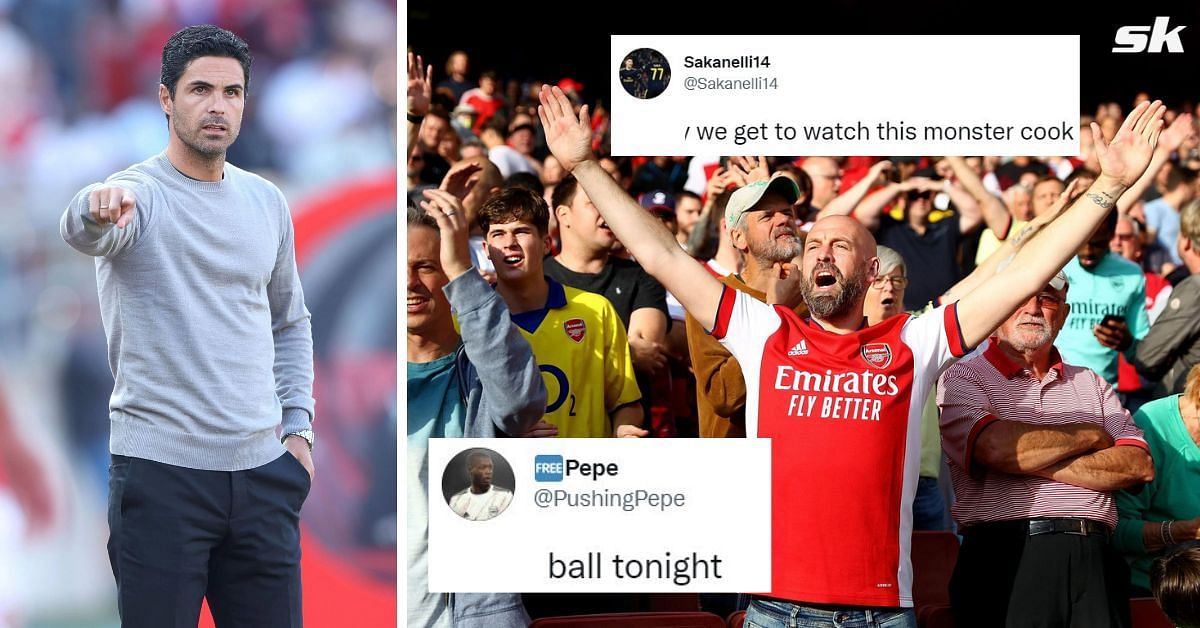 The Gunners have enjoyed an excellent pre-season, winning five of their six matches. They have brought in five new players this summer, including Manchester City duo Gabriel Jesus and Oleksandr Zinchenko. The duo have been named in the starting XI against Palace.

Mikel Arteta will be desperate to guide the club to their first top four finish since the 2015-16 season. The north London outfit blew a golden opportunity to qualify for the Champions League last term due to a disastrous end to the campaign.

They lost against Tottenham Hotspur and Newcastle United in the last few weeks and finished fifth.

A key result of Arsenal’s demise last season was their 3-0 defeat against Palace at Selhurst Park. So Arteta’s men will surely be keen to avenge that result this evening.

The Gunners will also be keen to improve upon last season’s opening game, in which they fell to a 3-0 defeat at fellow London side Brentford.

Ahead of the clash, Arteta named his starting XI. Only three members of the team that played against Brentford on the opening day of last season feature against the Eagles.

One player that particularly caught the eye on the team sheet was 21-year-old defender William Saliba. The Frenchman will finally start his first Premier League game, three years after signing for the club from Saint-Etienne.

The centre-back was named Ligue 1’s Young Player of the Season on-loan at Marseille last season. His inclusion in the side has led Gunners supporters to express their excitement on Twitter:

No more loans and under 23s he debuting to lead the backline tonight https://t.co/6M1Kwegziz twitter.com/arsenal/status…

No more loans and under 23s he debuting to lead the backline tonight https://t.co/6M1Kwegziz twitter.com/arsenal/status…

The Spaniard is heading into his third full season as Arsenal boss and still has plenty to prove. The end of the most recent campaign would have hurt Mikel Arteta. They lost six of their final 12 Premier League games to be pipped to fourth by their arch-rivals Tottenham.

However, the signings the club have made during the window have raised expectations at the Emirates Stadium. Ahead of the Palace encounter, Arteta was asked about the mood in the camp before the new season. The 40-year-old replied (as quoted on Arsenal’s official website):

“I think we are all enthusiastic. We had the pre-season that we wanted, it was well organised, we had good results, good performances, good preparation, but now the ball starts to roll to tomorrow evening in a completely different context against a Premier League team and we know what to expect there.”

“But it’s true, we are with a level of energy and ambition to have a successful season and we have to show that on the pitch tomorrow night.”

The first of the season

Here’s our starting XI this evening 🦅