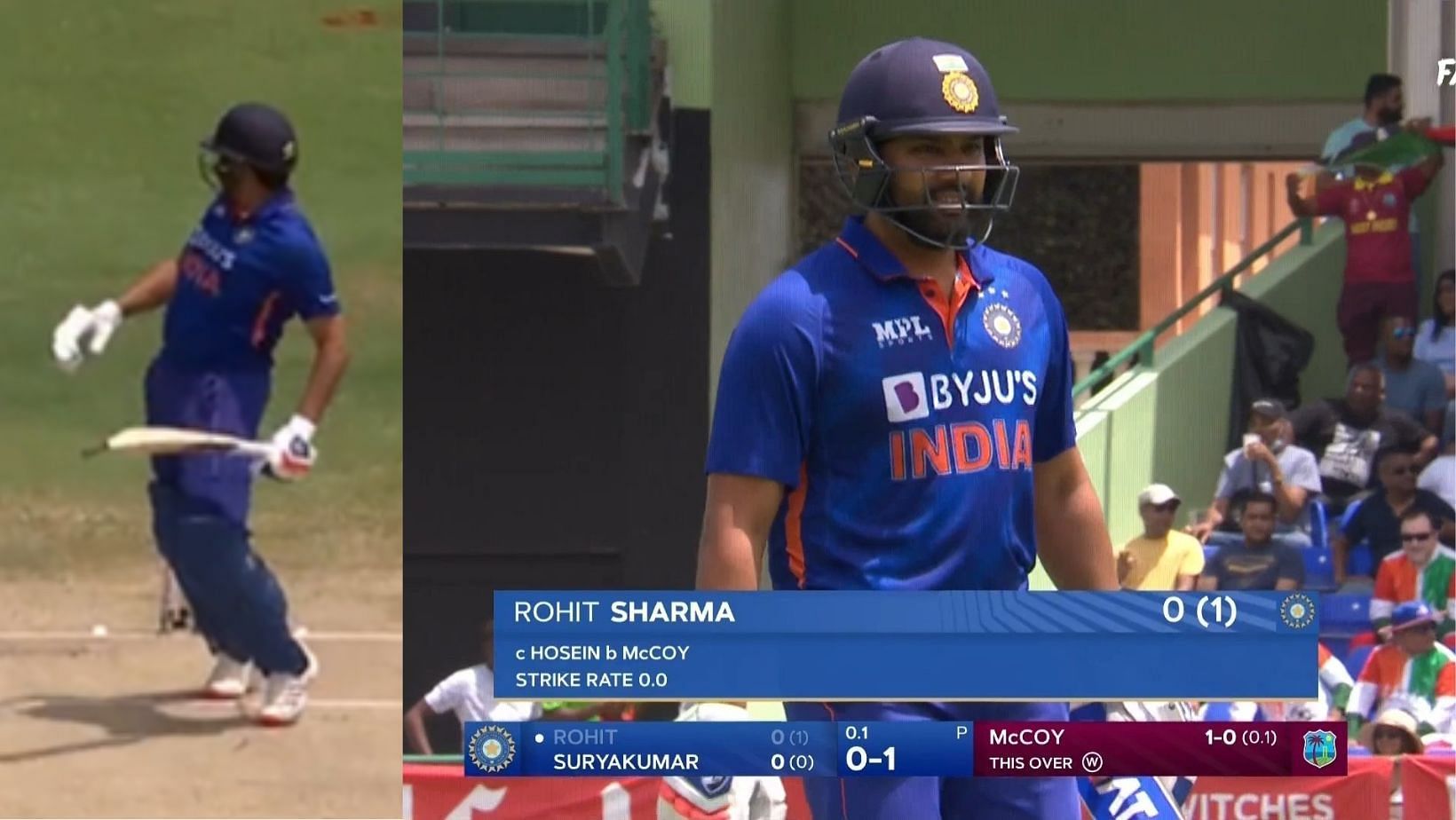 It was an interesting bit of strategy from the hosts after skipper Nicholas Pooran opted to bowl first. Generally, left-armers start with full balls outside off-stump or in-swingers against Rohit. However, McCoy went short straightaway, getting it to pitch at the halfway mark and move away at a decent pace.

The batter was surprised by the bounce and poked his bat out. It took a thick outside edge and flew to Akeal Hosein at backward point, who stepped back and took an easy catch over his head. Here’s a video of the same:

It was an awkward start to an already peculiar match. The start was delayed by three hours due to ‘significant delays in crucial team luggage’ arriving from Trinidad. The match was supposed to start at 8 pm IST but only began at 11 pm IST.

The teams now have three hours less to rest ahead of the third T20I which will begin at the same venue at 8 pm IST on Tuesday (August 2).

Amid criticism, Suryakumar Yadav once again opened the innings alongside Rohit. The move didn’t work as the right-hander played a loose drive against McCoy to return for 11 off six deliveries.

Shreyas Iyer came in at No. 3 and for the umpteenth time lost his wicket trying to fend off a short ball. He could only make 10 (11), handing right-arm seamer Alzari Joseph his first wicket of the night. Rishabh Pant (24 off 12) and Hardik Pandya tried to rebuild the innings but the former mistimed a heave against left-arm spinner Hossein.

The score read 75/4 at the halfway mark. India will need big performances from all-rounders Hardik Pandya and Ravindra Jadeja and a late flourish from Dinesh Karthik to reach the par total. You can catch live proceedings here.

Q. Should India continue with Suryakumar Yadav as the opener?