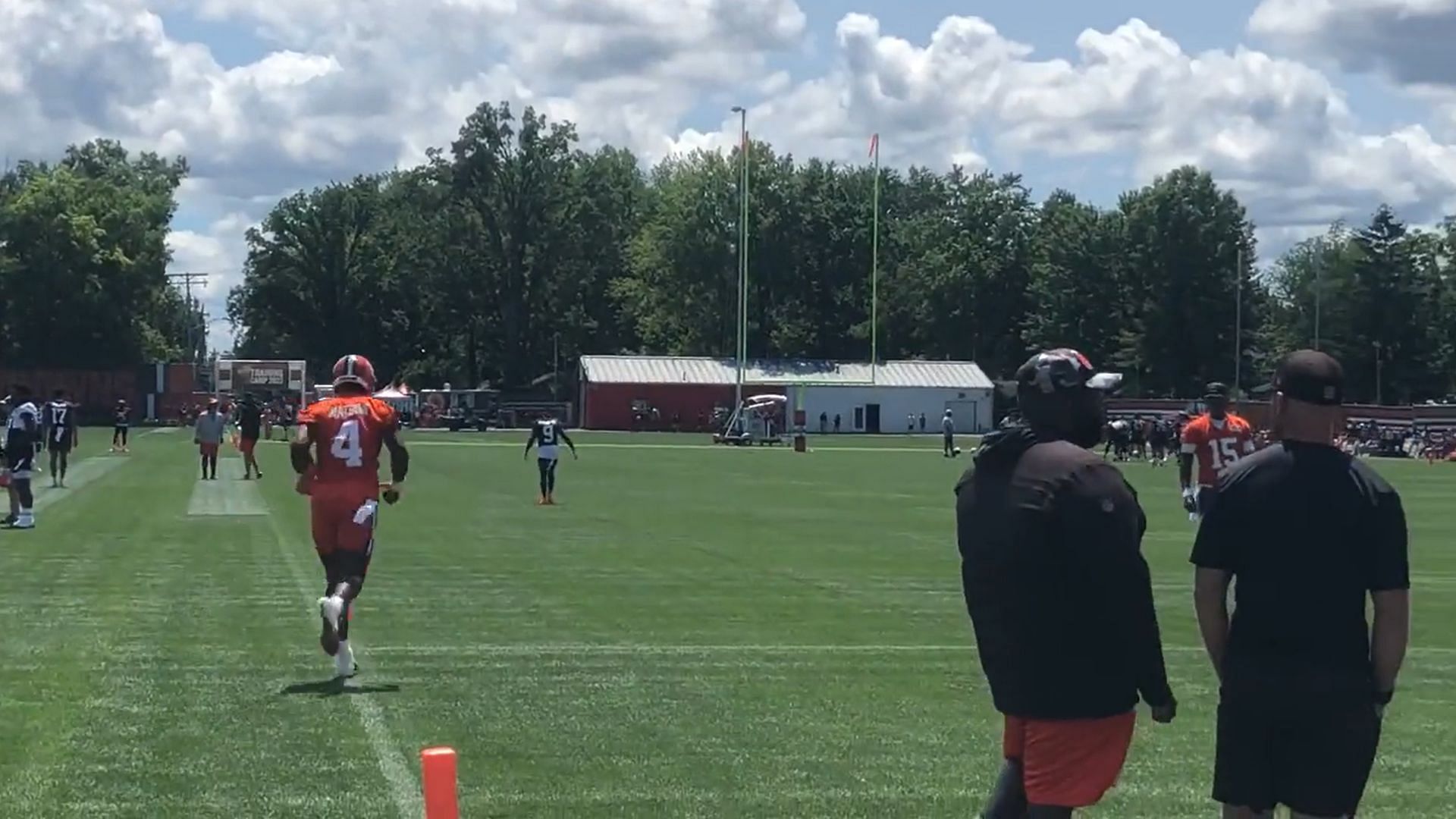 Deshaun Watson’s immediate playing future definitely looks uncertain. However, that hasn’t stopped Cleveland Browns fans from turning up in their droves to the team’s training camp and cheering for their quarterback.

In the video below, you can see Watson slowly jogging out for practice. It’s not until he reaches midfield that fans recognize him and a sound of jubliation can be heard from the attendees.

Browns fans cheer Deshaun Watson in his first appearance in front of them in Cleveland.

Once he starts running, they notice and cheer. #Browns

Browns fans cheer Deshaun Watson in his first appearance in front of them in Cleveland. Once he starts running, they notice and cheer. #Browns https://t.co/fqq2oZ150a

Deshaun Watson is currently undergoing his first training camp with the Cleveland Browns. The 26-year-old made the switch from the Houston Texans to the AFC franchise in a huge move that saw him bag a fully guaranteed $230 million contract.

However, there are still civil suits hanging over Watson’s head. Of the official 24 cases, 20 have been settled as fans wait to see if the league suspends the 26-year-old.

Can Deshaun Watson lead the Browns to Super Bowl glory?

Deshaun Watson’s incredible football ability certainly suggests that he is capable of making a Super Bowl run with the Browns. The quarterback was a Pro Bowler in each of the last three seasons he played. In 2020, he threw for 4,823 yards, 33 touchdowns and just seven interceptions. Notably, this was on a Texans team that went 4-12 on the season.

Much of the Browns Super Bowl hopes hinge on Watson’s potential suspension and the length of it. Should the 26-year-old miss just four games, the Browns might very well be in business for a deep playoff run.

However, if that suspension extends to eight or 10 games, it’s bound to get a little tricky. In such an event, the franchise will be largely resting its hopes on Jacoby Brissett and possibly Joshua Dobbs to keep its season alive.

With the former Clemson star under center, the Cleveland Browns will be one of the teams to beat in the AFC. They’ll likely be bound to make a proper playoff run in a conference featuring Super Bowl runner-ups in the Cincinnati Bengals and Kansas City Chiefs, among others.