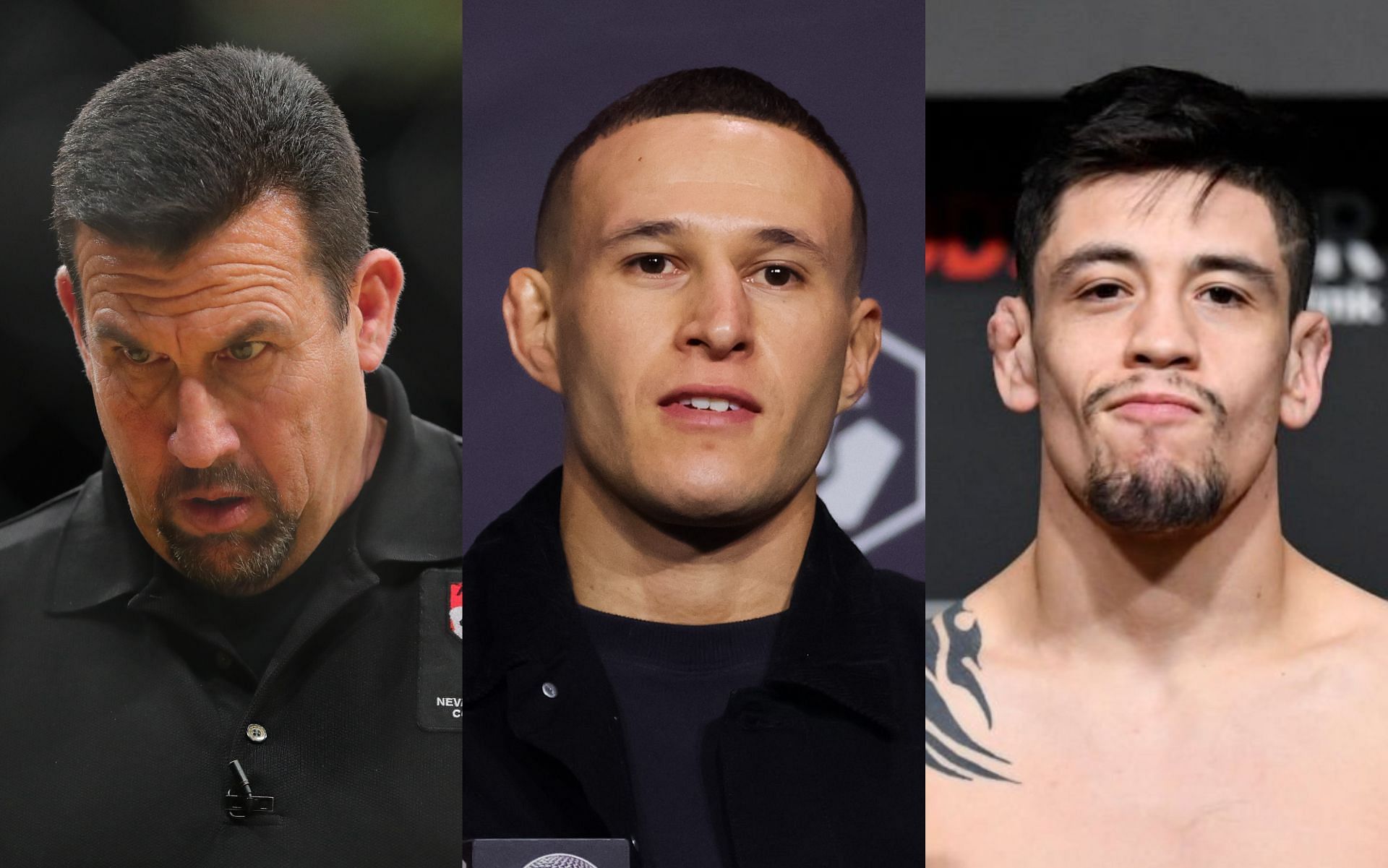 ‘Big’ John McCarthy has explained how Kai Kara-France must have felt after the fight-ending body kick from Brandon Moreno. ‘The Assassin Baby’ beat Kara-France in the third round of their closely-contested fight at UFC 277 on July 30. The finish came courtesy of a thunderous kick to the liver that incapacitated the New Zealand fighter. Mexico’s Moreno followed up with a few punches for good measure, prompting the referee to step in and stop the fight.

He got it done with the body kick! 🏆Brandon Moreno is bringing the UFC flyweight title back home to Mexico! 🔥🇲🇽#UFC277 https://t.co/orG3yGiNKV

On the Weighing In podcast, former MMA referee John McCarthy and former UFC lightweight Josh Thomson lauded Moreno and Kara-France for their incredible performances at UFC 277.

Thomson noted that the liver kick paralyzes a fighter. He added that they ought to flip a switch in their mind and try to keep fighting, whilst hoping that the debilitating pain fades.

John McCarthy compared fighting after getting hurt by a liver shot to fighting while throwing up. The MMA pioneer stated:

“The easiest way that I can explain it to people is: think about trying to fight while you’re throwing up… The ceasing of your body when you’re in that… That’s what [it is], but it’s more painful.”

Watch McCarthy discuss the topic at 35:45 in the video below:

On the same edition of the Weighing In Podcast, McCarthy notably opined that Kai Kara-France was beating Brandon Moreno before the sudden stoppage at UFC 277. McCarthy highlighted that the fight was competitive throughout.

He praised Kara-France for opening up a deep cut on Moreno’s face with an excellent elbow. McCarthy pointed out that right before the liver kick, he felt as though Moreno was pressing a bit too much and the fight was going just how Kara-France wanted. McCarthy said:

“You’ve gotta love both guys. I love Kai Kara-France, and I love his attitude, and I love what he was trying to do in there. At times, man, he was winning that fight – beautiful sticking and moving, good accuracy. He had power. He made Brandon Moreno respect him.”

Watch McCarthy discuss the topic at 32:24 in the video below: