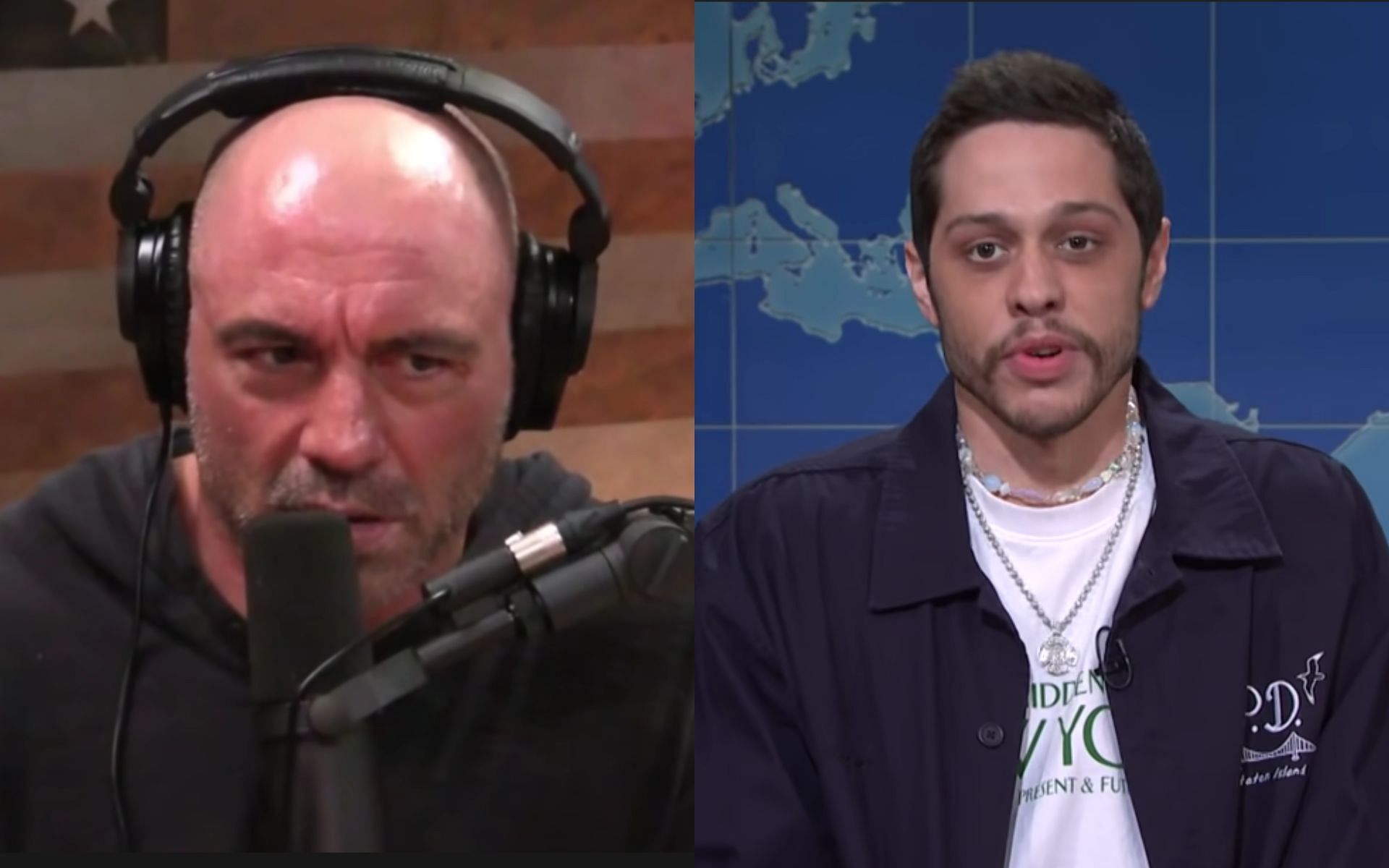 During episode #1195 of The Joe Rogan Experience, the UFC commentator mentioned Pete Davidson when referencing one of his controversial Saturday Night Live (SNL) jokes. The SNL comedian had joked about war veteran Dan Crenshaw, who lost his right eye in an explosion in Afghanistan.

According to Rogan, Davidson had joked about the former soldier looking like a villain due to his eye patch, which the podcaster found distasteful. While speaking about the joke to fellow comedian Christina Pazsitzky, Rogan stated:

“Pete was talking about him on Saturday Night Live and he said that he looked like a villain in a p***o film and he jokes around, he goes ‘Yeah, I mean you probably shouldn’t joke around because he lost his eye in war or whatever’ and he’s like laughing the whole time.”

“It’s like wow, like it’s one thing about joking about the guy looking like a villain in a p***o film, but joking around saying that he lost his eye in war like whatever. I’m like, man that is surprising that SNL let that go.”

Joe Rogan went on to say that SNL only let the joke stay on air because Crenshaw is “right-wing.” The UFC commentator felt that the show’s bias towards “the left” was obvious and it was interesting that they allowed Davidson to joke about the war veteran.

Crenshaw was part of SEAL Team 3 during the Afghanistan War and reached the prestigious rank of lieutenant commander before being injured during combat. The former solider is now a politician and has served as the United States representative for Texas’s 2nd Congressional District since 2019.

What did Dan Crenshaw say about the SNL joke on Joe Rogan’s podcast?

After the SNL incident, Joe Rogan eventually invited Dan Crenshaw as a guest on episode #1337 of the JRE podcast. The duo had a lot to talk about, including Crenshaw’s military career, but naturally moved to the topic of Pete Davidson’s joke.

Crenshaw did not seem to be offended by the joke, even mentioning that his fellow Seals found it amusing, but went on to say:

“Listen, it’s offensive doesn’t mean I’m offended and you don’t have to choose to be offended here. And as just a general rule, we should try hard not to offend people and not to be offended, okay, there that’s it.”

Crenshaw went on to tell Joe Rogan that he wasn’t going to play the “aggrieved victim” that many might have expected the former solider to do. The UFC commentator applauded Crenshaw for his honesty during the entire incident and was seemingly surprised with the his calm take on the situation.