Sports betting expert takes the under for the Auburn Tigers 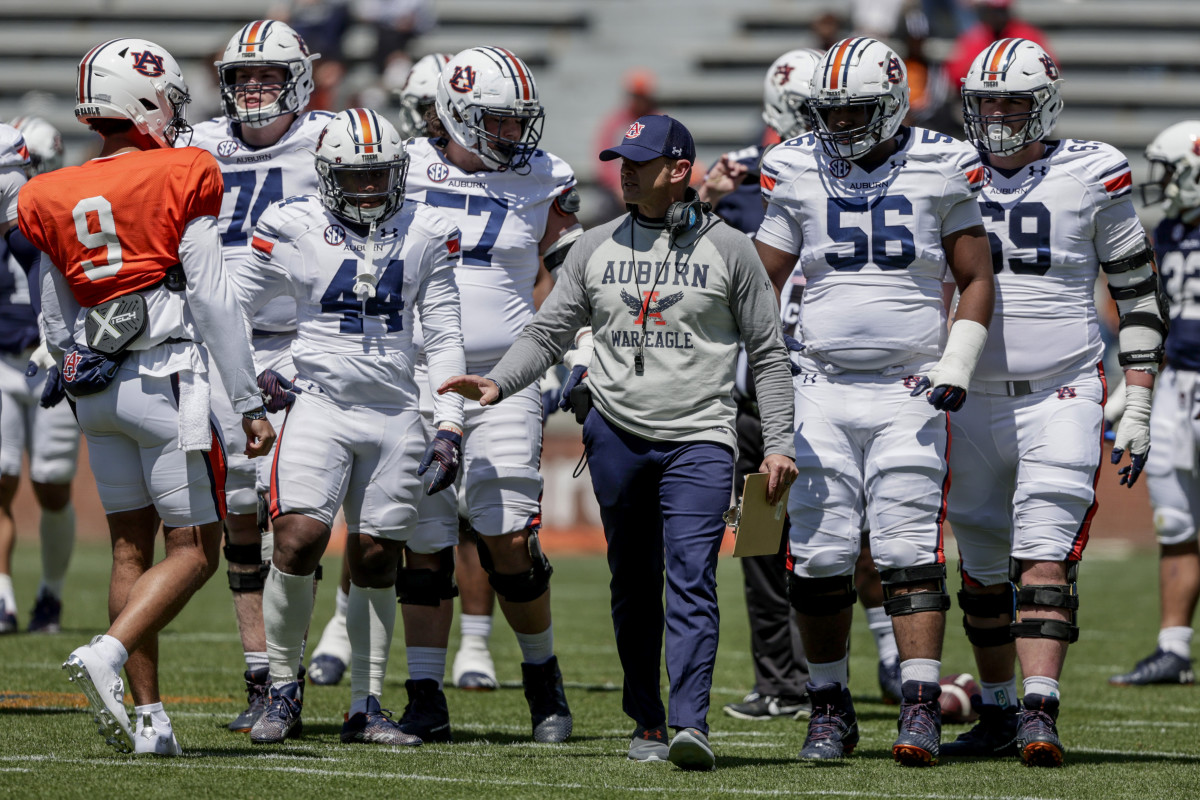 Auburn football’s win total for 2022 has been set around six wins based on the sportsbook you look at. That line was one of the topics for one of the leading betting podcasts, Locked On Bets.

Lee Sterling was asked where he stood on Auburn’s win total being set at 6.5 wins in 2022.

“You talk about a tough schedule, the Auburn Tigers, and the schedule that they have to play this year is rated as the toughest schedule in college football,” Sterling said. “Okay, so they get to play Mercer and San Jose State to start the season but after that, they’ve got Penn State and their conference schedule. This is not going to be easy at all for this team. “

He cited the close 24-22 4OT Iron Bowl loss vs Alabama last year as part of why things were going poorly.

“I think Bryan Harsin is in trouble even though it’s his second year,” said Sterling. “How they just messed up the clock and pull off that win against Alabama. All they needed to do was run the football, they end up winning that game.”

Sterling said that both TJ Finley and Zach Calzada were pedestrian passers.

He also said that Auburn is relying on three transfer and junior college players to start on defense. Looking through the roster and the depth chart, perhaps he is talking about Iowa State transfer Craig McDonald, JUCO corner Keionte Scott and JUCO safety Marquis Gilbert. If those are the players that Sterling was talking about, none were key starters this spring but also have a ton of upside in the defensive backfield. McDonald was excellent as a key role at Iowa State.

This seems to be another national media member who is buying into the talking points that paint Auburn football and Bryan Harsin in a negative light while missing on a few details about the make-up of this team.

He also highlighted Auburn having trouble due to Ole Miss and Arkansas ascending. Auburn defeated both of those teams in 2021.

Auburn may not beat seven teams in 2022 but it probably won’t be because of the reasons mentioned here.

Engage with Auburn Daily on Socials!