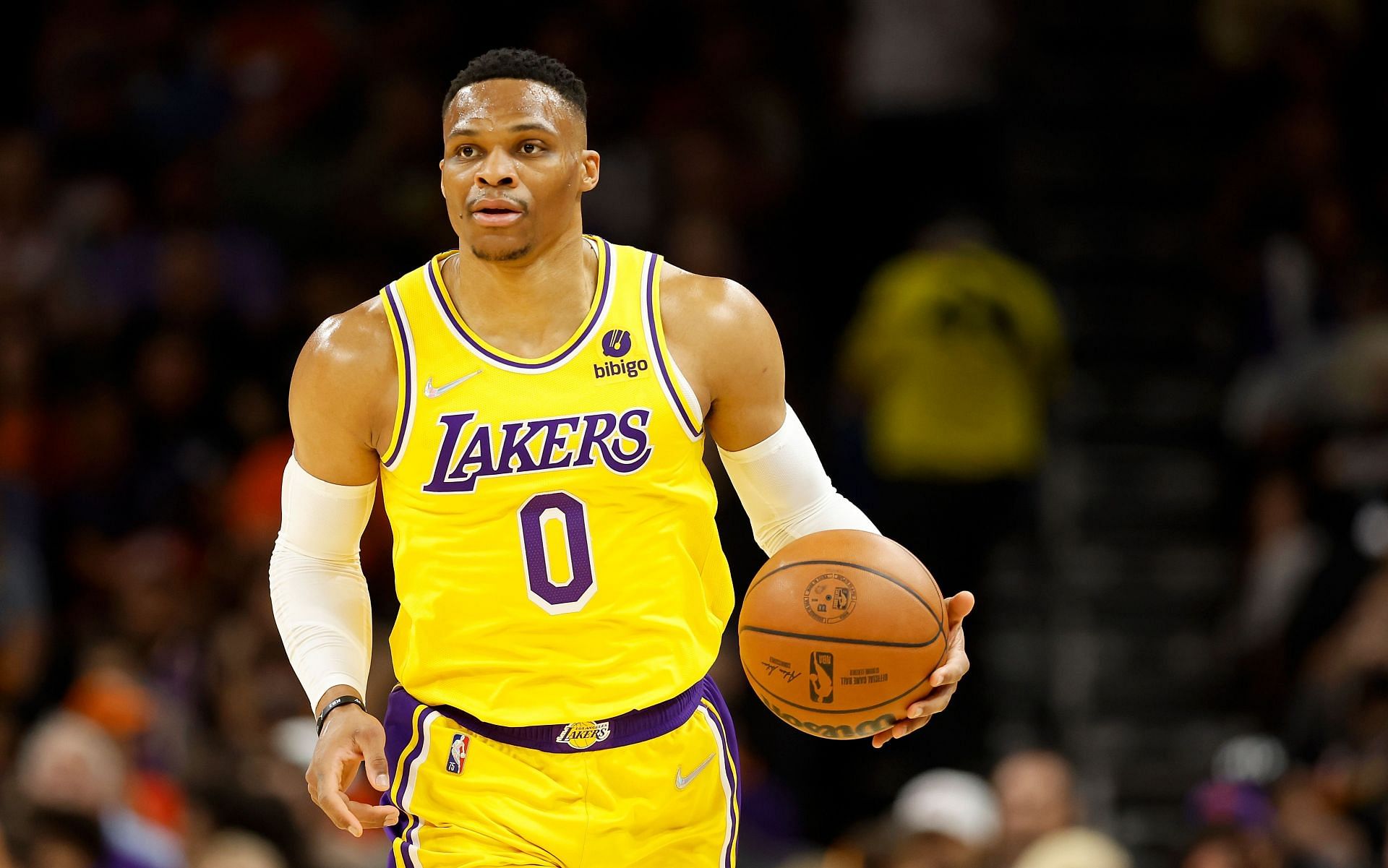 Los Angeles Lakers star Russell Westbrook seems to have shifted his focus away from basketball as he has started showing more interest in the business side of things. Shannon Sharpe of Undisputed shared his thoughts on how Westbrook’s misguided priorities are affecting his basketball career.

Coming off an abysmal NBA season, one would think that Westbrook would be in the gym working on improving his game. However, there have been reports that he’s more invested in his off-court business than his basketball career.

Westbrook, of course, has accomplished a lot during his 13-year long NBA career. He’s been named the Most Valuable Player, selected as an All-Star multiple times, and even broke triple-double records. However, he is yet to win a championship.

Since 2017, his team has always been eliminated in the first round of the playoffs except for 2020, when the Houston Rockets managed to get past Chris Paul and Westbrook’s former team, the Oklahoma City Thunder.

Lately, people have pointed out Westbrook’s lack of accountability for the Lakers’ disappointing season. That includes Shannon Sharpe, who has expressed his frustrations with the Los Angeles Lakers countless times.

When asked about which is more important for Russell Westbrook, business or basketball, Sharpe had this to say:

“I felt it showed in his play last year that other things were more important. All I’m saying is I got no problem…Russ build the biggest empire! Build a 2, 3, 4, 5 billion dollar empire. I got no problem with that. The only problem I got with Russ is that he refused to accept accountability when he plays bad and when things aren’t going well.”

The above excerpt is taken from the 1:40 mark from the interview below:

With the trade rumors surrounding Russell Westbrook and Kyrie Irving slowly dying, it seems as though the Lakers will be running it back with the former MVP. The Lakers’ attempt at getting point-guard Kyrie Irving to come to LA haven’t been successful so far.

Finishing last season with one of his worst shooting splits, Westbrook has a lot to work on before the 2022-23 season kicks in. But he did show glimpses of his former self at times:

Throughout the season, there were spurts from Russell Westbrook showing that he’s still one of the top stars in the league. However, there were more lowlights compilations of the nine-time All-Star than highlights. His turnovers hurt the team and his fast-paced reckless style clearly didn’t sit well with most Lakers fans.

The upcoming season will be an opportunity for Russell Westbrook to earn his wings at Los Angeles.