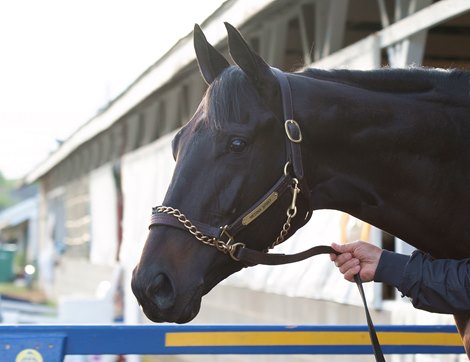 Prosecutors in the Medina Spirit disqualification case are poised to offer additional scientific evidence to the Kentucky Horse Racing Commission that Dr. George Maylin’s opinion betamethasone found in post-race blood samples came from a salve is flawed, but that assuming a salve was used, it was applied in far greater amounts than prescribed.

Based on split-sample test results showing the Class C substance, stewards disqualified Medina Spirit from his win of the Kentucky Derby Presented by Woodford Reserve (G1). Unless the determination is overturned by KHRC or a court, the decision will cost owner Amr Zedan $1.86 million in purse money and the honor of owning a Derby winner. Medina Spirit died on the track at Santa Anita Park on Dec. 6. Stewards fined trainer Bob Baffert $7,500 and handed him a 90-day suspension that he served after multiple legal efforts to obtain a stay failed. The trainer served his time, and the suspension expired in early July.

Thus, the big nugget at the KHRC hearing, set to commence Aug. 22, is the purse.

KHRC’s list of expert witnesses now includes Dr. Scott Stanley, whose report letter describes him as a Keeneland Endowed Professor and Director of both the Equine Analytical Chemistry Laboratory and Research Mass Spectrometry Core Facility at the University of California, Davis School of Veterinary Medicine. The UC Davis website says he is a Professor Emeritus of the California Animal Health and Food Safety Laboratory System.

Stanley’s report, provided to BloodHorse after an open records request, is highly critical of the conclusions reached by Maylin, Director of the New York Drug Testing & Research Program. Maylin, who says he is an independent expert working for neither side of the dispute, concluded in a Dec. 3, 2021 report letter and an affidavit two months later that the betamethasone positive resulted from the topical administration of Otomax, a salve, and not an injection.

According to Stanley, Maylin’s laboratory techniques create “considerable skepticism” about the validity of extraction and instrumental acquisition methodology used for identification of betamethasone and its esters that led to the scientist’s conclusions.

In a July 26 report letter expanding on his original observations, Papich wrote there is what he terms a “discrepancy” between the amount of Otomax prescribed to Medina Spirit and the amount that was applied, based on his review of prescriptions written by Dr. Vince Baker and the July 23 deposition testimony of Medina Spirit’s groom, Rolando Cruz.

Before the May 1 Derby, “On 2 occasions, (4/9m and 4/19/2021) a 30 gram tube of Otomax was prescribed  with instructions to apply 90 mg once per day (‘sid’) to the horse Medina Spirit,” Papich wrote. He then noted that the actual amount administered was significantly greater than prescribed.