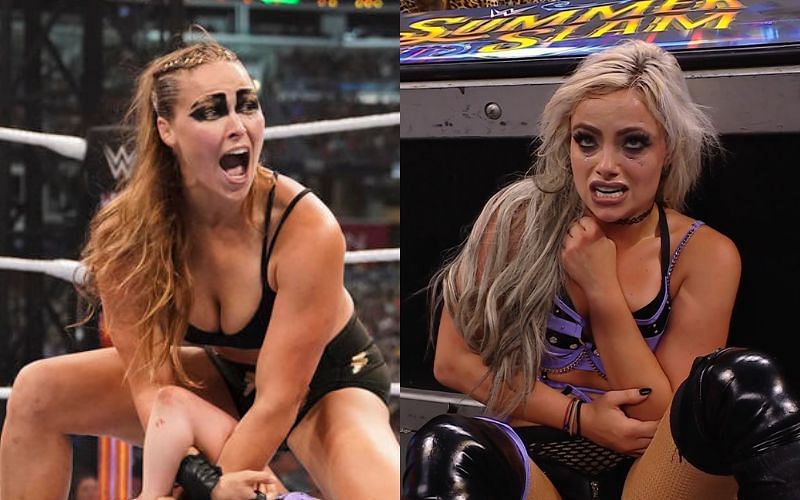 WWE recently confirmed that Ronda Rousey has been fined an undisclosed amount and suspended for her actions at SummerSlam 2022.

The former SmackDown Women’s Champion challenged Liv Morgan in a rematch, hoping to reclaim her gold at SummerSlam. However, she couldn’t dethrone this year’s Ms. Money in the Bank after their match ended controversially.

Ronda Rousey had Liv Morgan locked in an armbar, but the latter was in a half-standing position. Rousey’s shoulders were pinned to the mat, which prompted the match official to begin his three-count. However, he didn’t see Morgan tapping out as her hand was near Rousey’s feet which were up in the air.

As a result, Liv Morgan successfully retained her SmackDown Women’s Championship via pinfall victory. Ronda Rousey was frustrated with the result, and she snapped soon after. First, the Baddest Woman on the Planet attacked the champion. She followed it up by attacking the WWE official whom she blamed for her loss.

Although Rousey has been indefinitely suspended for her actions, the latest reports claim that she will return sooner than fans expect. Dave Meltzer recently stated on the Wrestling Observer Newsletter that Ronda Rousey was advertised for Clash at the Castle. Hence, she is expected to return over the next four weeks.

“Not that long. She’s booked on the Cardiff show, so she’s going to be unsuspended at least before (that). I don’t know when she comes back, she’ll be out for I don’t know how long, but it’s not going to be a month, put it that way, because she’s got to be back for the pay-per-view show,” said Meltzer. [H/T WrestleTalk]

Previous reports also claimed that Ronda Rousey vs. Liv Morgan was cut short at SummerSlam. The decision was made after Logan Paul vs. The Miz went longer than expected earlier in the night.

After a memorable title defense against Brock Lesnar at SummerSlam, Roman Reigns will now prepare for his next challenge. The Undisputed WWE Universal Champion is set to put his title on the line against Drew McIntyre at the upcoming Premium Live Event scheduled for next month.

The Scottish Warrior defeated Sheamus to earn a much-awaited title shot against Roman Reigns. The two superstars are expected to cross paths on WWE SmackDown later this week to kickstart an intense championship feud.

Can Drew McIntyre dethrone Roman Reigns for the title in front of his home crowd? Let us know in the comments section below.