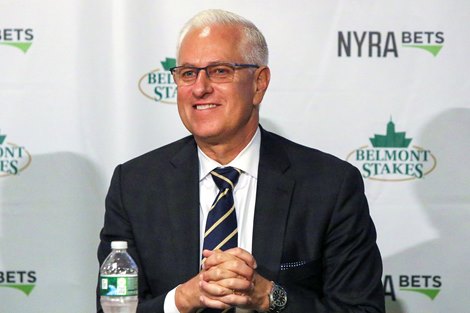 The Gaming Commission has special procedures in place for all $1 million races in New York, which includes the Belmont Derby.

In announcing the fine, the Gaming Commission reported it fined Pletcher for “failing to tend to business in a proper manner necessitating a late scratch in the ninth race on July 9 (the Belmont Derby). This for failing to follow procedures listed in the horseman’s conditions signed prior to the running of the race.”

The incident was originally reported by the Gaming Commission as a violation in regards to issues relating to veterinary records. The protocols included a provision that starters in $1 million races cannot receive more than one non-steroidal anti-inflammatory drug in the week before the race.

According to a Daily Racing Form report, Pletcher said he received the protocols for the race, some of which were changed in December, five days before the race. Pletcher told DRF he and his veterinarian team were unaware of the NSAID stipulation until after Emmanuel was treated twice.