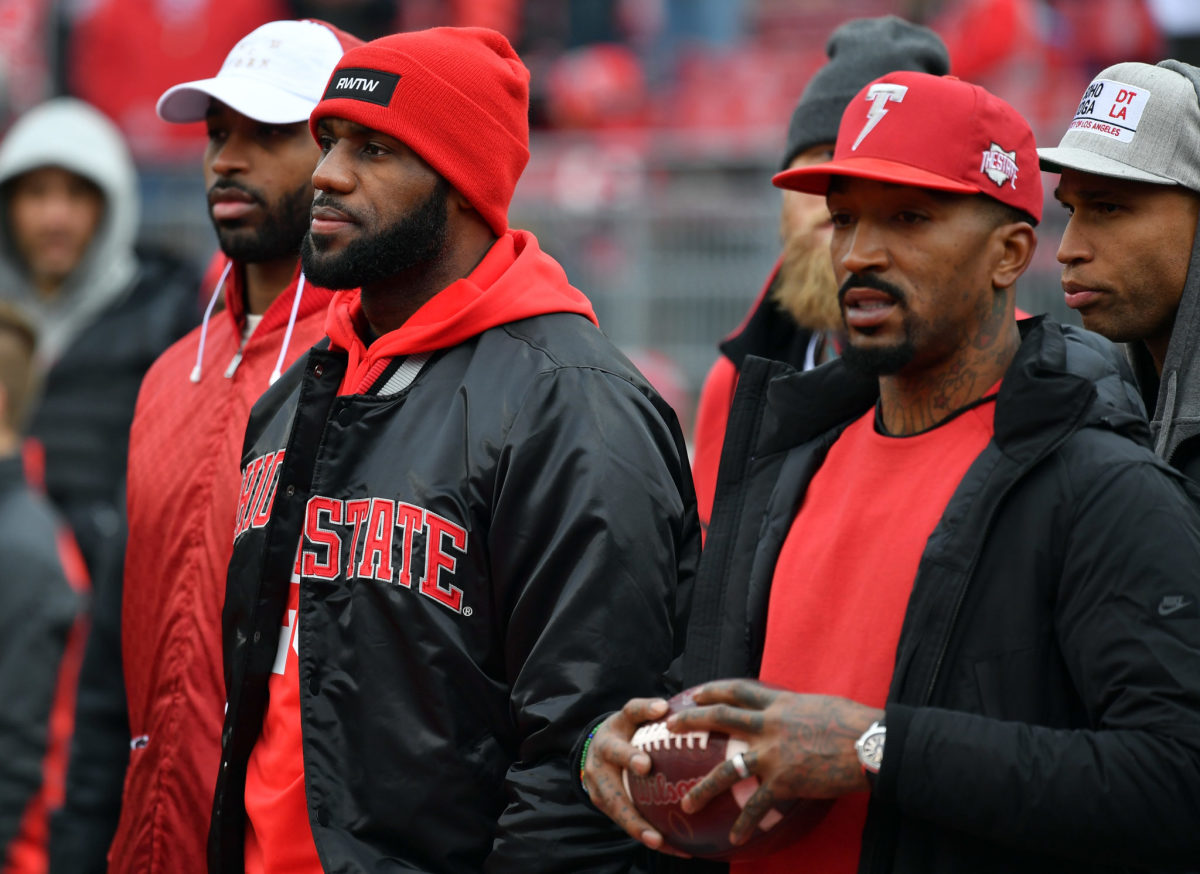 LeBron James is ready for the college football season to start.

As shared by Ohio State’s Twitter page, the Los Angeles Lakers superstar posted an Instagram video hyping himself up for the Buckeyes to take the field in 2022.

He’s not the only one eagerly waiting for the Buckeyes to begin their season against the Notre Dame Fighting Irish on Sept. 3.

Another fan admired James’ helmet, a “Land of Wolves” alternate worn in 2017.

One fan claimed James “would’ve been the greatest Buckeye of all time” if he went to Ohio State. While that almost certainly would have been the case if he signed up to play basketball rather than jumping straight from high school to the NBA, fans have often wondered how LeBron would have fared on the gridiron.

James wrote “need it ASAP!” two months ago in anticipation of Ohio State’s season-opener against Notre Dame. The Akron native must exude a bit more patience before he can watch the marquee matchup.