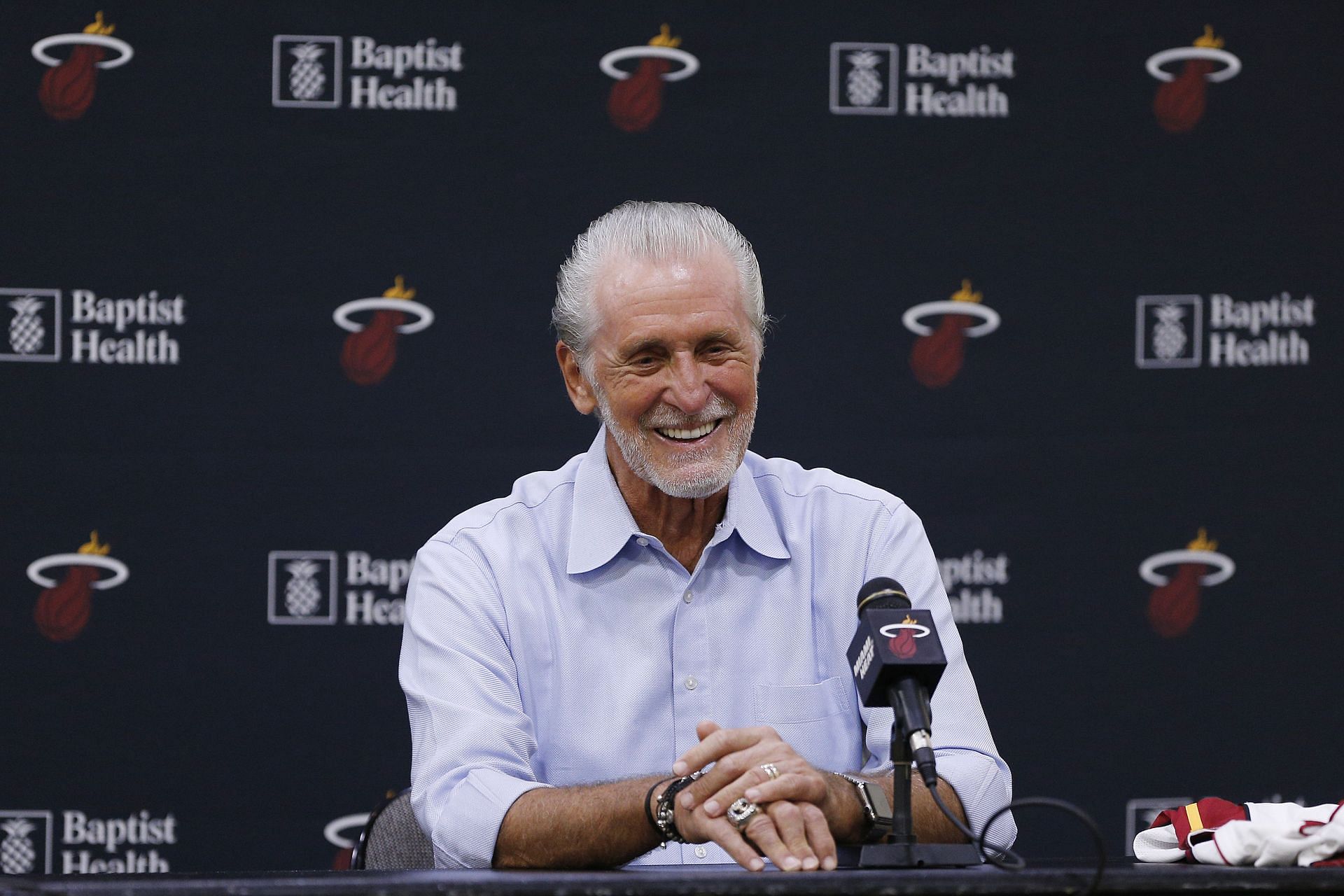 It’s been a quiet offseason for Miami Heat president Pat Riley. That doesn’t mean the organization isn’t keeping a close eye on potential moves to improve the roster. Over the last several offseasons, the Heat have been one of the most active teams in terms of adding to their roster.

That hasn’t been the same situation this offseason as Miami appears to be on the verge of bringing back the majority of its roster from last season. It might not be a bad idea, as the Heat went an impressive 53-29, finishing with the Eastern Conference’s best record last year. Miami is one of Brooklyn Nets forward Kevin Durant‘s preferred destinations when he made his trade request.

Although those talks haven’t picked up any traction lately, the Heat could have their eyes on a potential “backup” plan. According to an article by Heavy.com’s Sean Deveney, Miami is keeping an eye on Charlotte Hornets wing Gordon Hayward. The forward could be an intriguing addition for the Heat, as he is a versatile offensive piece when healthy.

“I think a guy they will keep an eye on is Gordon Hayward,” Deveney wrote. “If you want to give up Tyler Herro before you pay him and you want to move Duncan Robinson, you would have to add a pick, but those two guys and Omer Yurtseven, that might be enough to get Hayward if the Hornets decide to reconfigure.

“It’s a short-term move for Miami, but they need to make their move now. You can play him at the 3 and go big or go small at the 4. He’s a guy they’ve had interest in before.”

Miami Heat look to bounce back in upcoming season

The Miami Heat often find themselves connected to a large range of players on the trade market. It makes sense, as Miami has remained one of the NBA’s most active organizations in the offseason.

After losing in seven games to the Boston Celtics in the Eastern Conference finals last year, Miami will be motivated to bounce back this season. With a number of stars on the market, like Kevin Durant and Utah Jazz guard Donovan Mitchell, Miami is active in its desire to add to its roster.

After losing veterans such as P.J. Tucker to free agency, it remains to be seen if Miami will make any more notable transactions before the start of the season.