“My friends call me ‘Jaca-vic’ because my backhand is like Novak Djokovic’s, I fight for every point on the court like he does – South African junior star Siyabonga Jaca 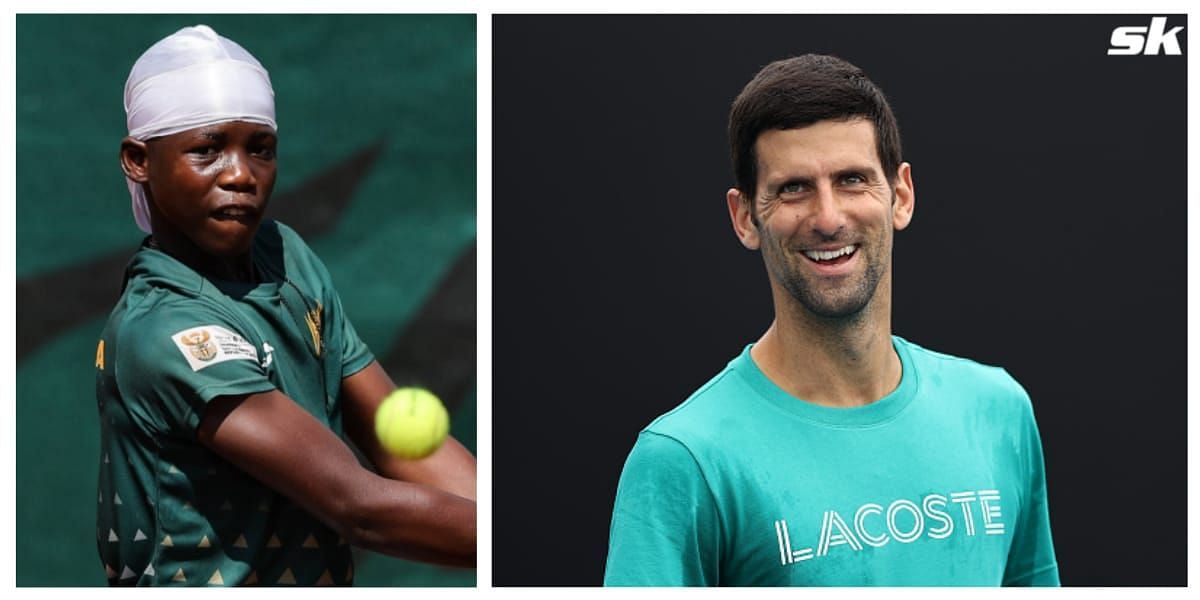 Siyabonga Jaca, a junior tennis player from South Africa, has explained the origin of his endearing nickname “Jaca-vic” and claimed to be a fierce competitor on the court, much like Novak Djokovic.

Jaca is a rising star who competes at the junior level. The 14-year-old has a doubles ranking of 1729, and his career-high doubles ranking is 1574. In addition, he has already demonstrated his potential by being one of the 96 nominees for the 2022 ITF World Junior Tennis Finals.

The young player disclosed in a recent interview with the International Tennis Federation that his pals referred to him as “Jaca-vic” because his backhand is similar to that of Djokovic’s backhand. He also mentioned how much he adores the nickname as it gives him more confidence on the court and allows him to compete for every point like the Serb.

“My friends call me Jaca-vic after Novak Djokovic,” Jaca said. “It’s because of my backhand as they say it is like Novak’s. I love being called Jaca-vic because it is gives me confidence on court and I fight for every point on court like he does. I fight and I scream for every point.”

Novak Djokovic arguably has the best double-handed backhand ever, and he has proven it repeatedly. Even in his most recent Wimbledon quarterfinal encounter against Jannik Sinner, he delivered a superior backhand winner to secure the victory, captivating the crowd with the proficiency of his craft.

Currently, the Serbian will not be able to play on the hard court Major despite being on the entrance list, because he has refused to get the COVID-19 vaccination, which is necessary to enter the United States. Djokovic, though, is still optimistic that he will be able to play in the year’s last Grand Slam.

He recently thanked his supporters for standing by him during a difficult period in an Instagram post. Additionally, he announced that he is training in the hopes of being able to participate in the US Open, which commences on August 29.

“I just wanted to take a moment and say to all of you how grateful I am to see so many messages of support and love from all around the world these days,” Djokovic wrote. “I wasn’t expecting it, and that’s why it feels so mindblowing. Just wanted to say THANK YOU.”

“It feels special that people connect with my tennis career in such a loving and supportive way and wish for me to continue to compete. I am preparing as if I will be allowed to compete, while I await to hear if there is any room for me to travel to US. Fingers crossed, ” he added.