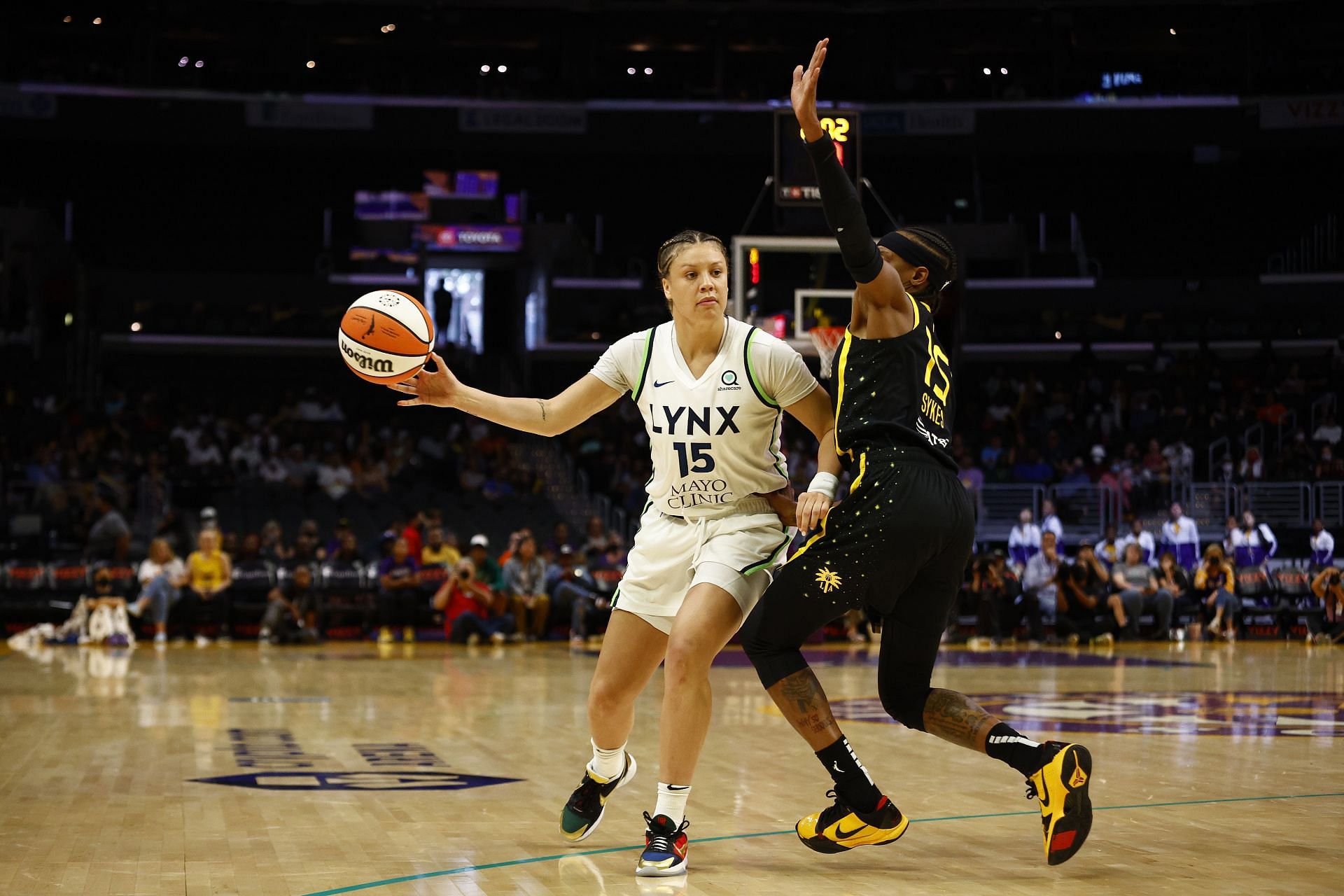 The Seattle Storm will be home when they face the Minnesota Lynx on Wednesday night. The Storm lost their previous game to the Washington Mystics by a score of 78-75. They’re currently 19-12, holding fifth place in the league.

“Back home with a FULL HOUSE tonight!” – @seattlestorm

The Lynx beat the L.A. Sparks on the road on Sunday, 84-77. They’re now 12-19, and they occupy the 11th seed. The playoff race is tight, though, and they’re 1/2 a game behind the eighth-seeded New York Liberty. With five games left, every game looms large.

The Storm have won their first two matchups of the season series, but their last meeting was decided by two points. Breanna Stewart has solidified her place in the MVP race and is now joint favorite with A’Ja Wilson of the Las Vegas Aces. Stewart recorded 23 points on an efficient 9-for-12 from the field in Sunday’s loss, boosting her to 21.1 per game for the year. Teammates Jewell Lloyd and Tina Charles are having solid seasons as well, lining up to play a big role on Wednesday. Seattle is 4-14 against the spread in games directly after an ATS win. They’ll be anticipating the reverse of this trend tonight.

The visiting Lynx have now covered six of their last seven road games after Sunday’s win in Los Angeles. Moriah Jefferson led the way with 22 points; one of her best games of the season. Minnesota has relied mainly on Jefferson along with Sylvia Fowles, Aerial Powers, and Kayla McBride. These key players are a big reason why Minnesota ranks fourth in points-per-game. Look for the Lynx to fight hard on Wednesday to keep their playoff hopes alive.

.@SylviaFowles was nearly perfect in her final regular-season game in LA!

She became just the fifth player in WNBA history to surpass 2,500 career FGM during the @minnesotalynx‘s win

.@SylviaFowles was nearly perfect in her final regular-season game in LA!She became just the fifth player in WNBA history to surpass 2,500 career FGM during the @minnesotalynx‘s win 👏 https://t.co/77xqK67CWg

“@SylviaFowles was nearly perfect in her final regular-season game in LA!” – SportsCenter

The last meeting between the two ended with the Storm emerging with a two-point win in Minnesota. Now, with the Lynx’s playoff chances on the line, expect Minnesota to battle. Even if they don’t win, back them to cover the spread as the Storm have less to play for.