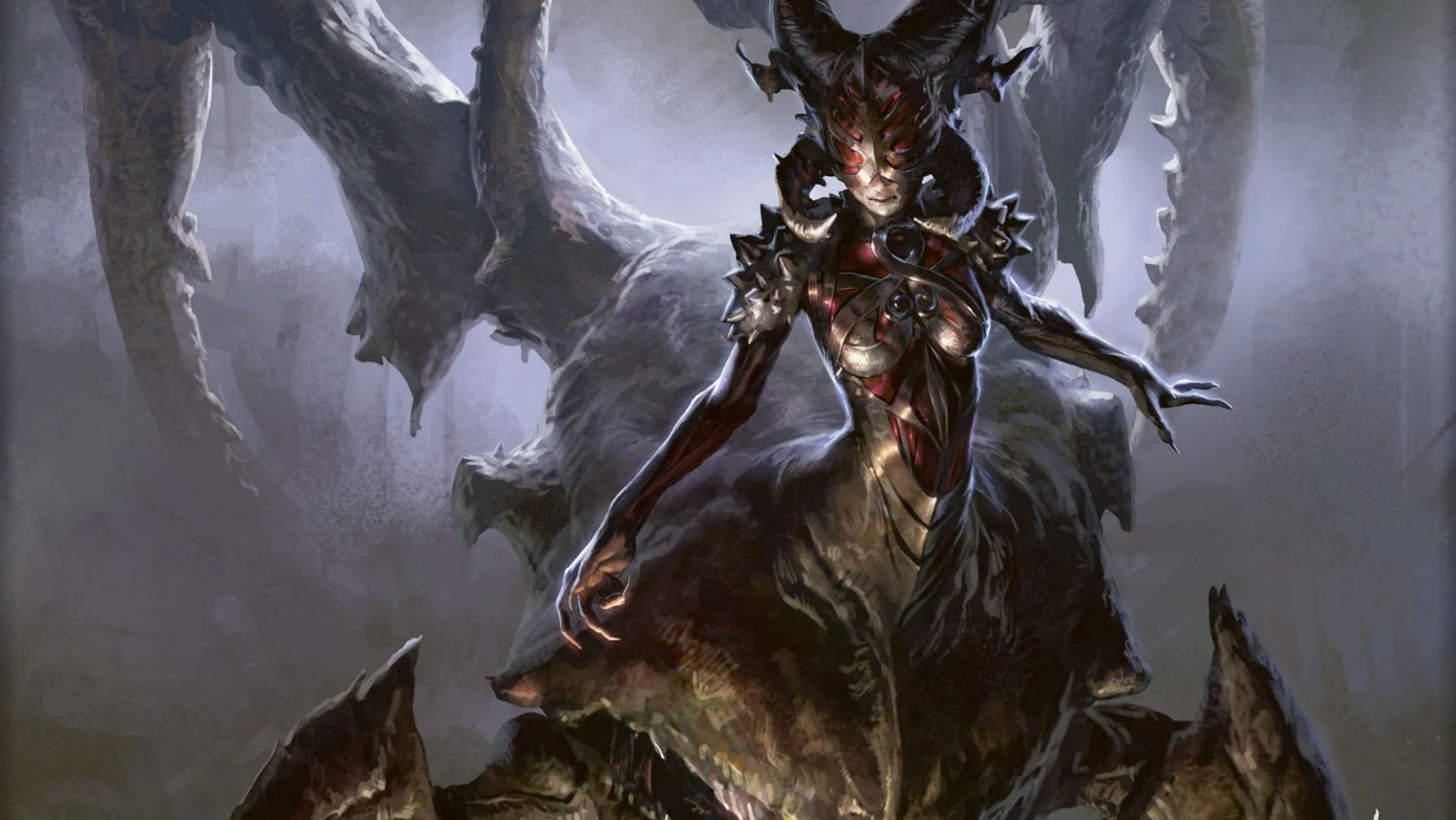 Magic: The Gathering‘s next expansion is September’s Dominaria United. A fascinating leak has shown up on the internet recently. A Reddit user revealed a blurry photo that displayed another one of the Praetor legendary creatures. This one is the mono-black Sheoldred, now known as Sheoldred, Insidious Conqueror.

As with all leaks, it must be taken with a grain of salt, but its design does line up with the previous Praetors that have shown up again in the last couple of months.

So it looks like we’re definitely getting some Phyrexians in Dominaria United.

So it looks like we’re definitely getting some Phyrexians in Dominaria United.What Phyrexian mechanics do people want to see again? Infect? Proliferate? Phyrexian Mana? https://t.co/rdmp6MSUvt

Sheoldred, Insidious Conqueror may be the next Praetor to return to Magic: The Gathering

On the MTGRumors subreddit, a user known as u/ComboBreach stated that a friend sent them a blurry photo that has an upcoming card for Dominaria United. The photo being blurry does not take away from its potential authenticity, since, as several Redditors pointed out, this is not uncommon for Magic: The Gathering leaks.

The 4 power and 5 toughness creature comes into play for five mana (two black), and has had its abilities revealed as well.

What can Sheoldred do?

This lines up nicely with previous Praetors, who have useful powers without being too overpowered. It is worth noting that Sheoldred’s power is similar to Tergrid, God of Fright, though it can only happen once a turn and includes a benefit for the player that controls the creature.

Starting to get the hang of it! Super fun to do this kind of alter.

💀TERGRID, GOD OF FRIGHT💀Starting to get the hang of it! Super fun to do this kind of alter. https://t.co/AoZl01B4p8

For the unversed, Praetors are a series of legendary creatures that come from New Phyrexia, which used to be known as Mirrodin. They have been released before in Magic: The Gathering, and their first releases were known to be incredibly powerful.

The more recent releases have been a bit more muted. Three have already been re-released in previous sets, and it could be time for another. Tergrid rotates out soon, so Sheoldred could easily take her place. Sheoldred would be a better fit for decks as well, given that it also adds a bit of card draw.

The only two Praetors left to be revealed are Elesh Norn, Grand Cenobite, and Sheoldred, Whispering One. Fans are certainly not shy about speculating about its authenticity on Reddit.

Several people on Reddit joked about the quality of the camera, saying it was likely a real leak based on the shoddy photography work alone. Another joked that because they can make out whole words, there is no chance of it being real.

Some looked at the lore behind the card and its name. The previously revealed Shivan Devastator listed Shivan as a realm Sheoldred wished to conquer. Another reply would say it could have been a fake. However, there was almost no time between Shivan Devastator and this leak coming to light.

A few Redditors talked about the card’s power, and while the wording is awkward, it has major potential to be a powerful card for midrange decks in Standard. Not everyone is really convinced that it is a real card, though.