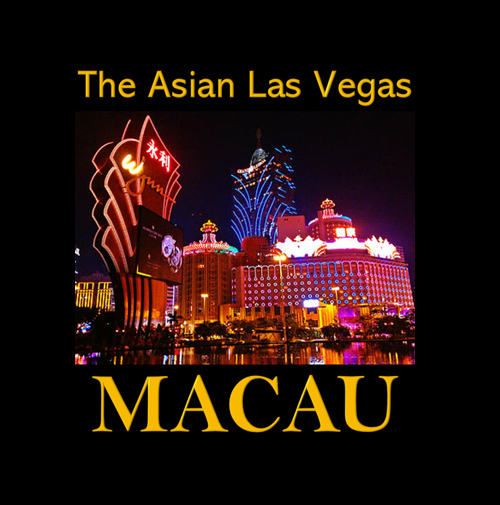 Before we get into the topic of Macau Casinos, lets get the introductions out of the way!

Macau is an autonomous region on the south coast of China, across the Pearl River Delta from Hong Kong. A Portuguese territory until 1999, it reflects a mix of cultural influences. Its giant casinos and malls on the Cotai Strip, which joins the islands of Taipa and Coloane, have earned it the nickname, “Las Vegas of Asia.”

Most of the gambling revenue in Macau is generated from games of fortune, including poker, baccarat and roulette, among others

Aside from the above introduction into Macau, it’s about to get more interesting. Despite being a small unknown country, Macau has some facts to be incredibly proud off, and that make it a bucket list destination. So here goes:

1. Macau is The Second Richest Territory in the World

The GDP per capita in Macau sits at US$114,430 and it doesn’t stop there, because in addition, Macau has zero public debt with fiscal reserves of US$55 billion at the end of 2016.

2. Winner for the Most Densely Populated Region on Earth.

Firstly, Macau measure around 30.5 sq km and has a population of 648,500, this is around 55,454 people per square mile. Making Macau the most densely populated region on earth.

3. The Macau Government Pays its Citizens

The casinos based in Macau generate three times the annual gambling revenue with the yearly gross gaming revenue of US$28 billion annually in comparison to US$6.4 billion generated by Vegas. What’s more, Las Vegas has 135 casinos compared to just 49 in Macau.

It was leased to Portugal in 1557 as a trading post and officially became a Portuguese territory in 1887. Macau was eventually handed back to Chinese sovereignty in 1999

Each operator has focused on the development of large casino resort complexes over the recent years. The largest casino complex in Macau is operated by Sands China, which belongs to Las Vegas Sands.

Modelled on its sister casino The Venetian Las Vegas, the Venetian Macau has a total floor area of around 980,000 square meters with 640 gaming tables and 1,760 slot machines. In terms of its territory, Macau casino complexes represent the highest density.

After reaching its revenue peak in 2013, the gambling industry in Macau faced tough times since the Beijing government strengthened its anti-corruption campaign.

Macau casinos used to focus on high-spending customers and generate great profits from their VIP rooms where only high-stake games are played that require large amounts of bets. This also made Macau casinos a destination for international money laundering and other financial offences.

To avoid scrutiny from mainland government, many of the VIPs from mainland China might change their casino destination, while they probably gamble with the proceeds of corruption or other financial offences. To continue Macau’s economic success, casinos in Macau are encouraged to develop more entertainment for leisure tourists and better environment for mass market gamblers as a vacation destination.

Today, an increasing number of tourists go to Macau not only for gambling, but also for shopping and other leisure activities.

In the first quarter of 2019, there were 41 Macau casinos. Within these casinos, gamblers from all over the world play a variety of games of fortune, including roulette, blackjack, baccarat, slot machines, Mahjong and poker, among many others.

VIP baccarat, a card game played between two hands, generated by far the most revenue among the games of fortune in 2019 with around 16.9 billion U.S. dollars. There were many more slot machines than gaming tables in Macau’s casinos in 2019.

Will you be our next BIG Free Spin WINNER?? Only one way to find out. Choose from our best FREE Spins bonus offers below