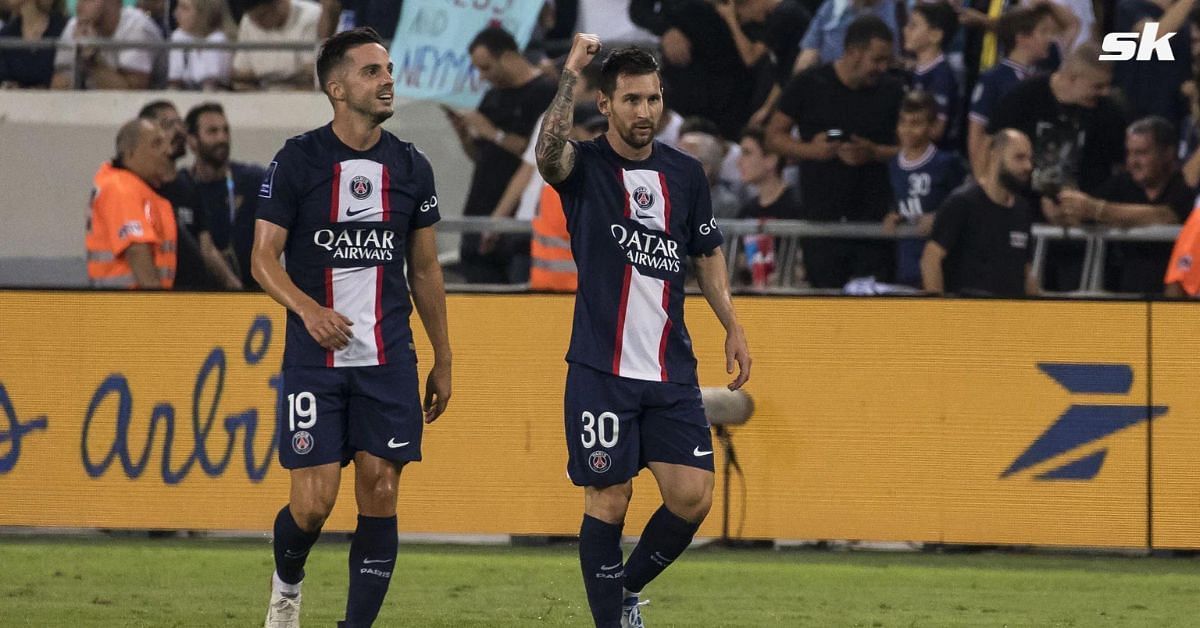 Paris Saint-Germain (PSG) forward Lionel Messi was pleased to start the 2022-23 season by winning the 2022 Trophee des Champions against Nantes. The Ligue 1 champions secured a 4-0 win over Nantes in the curtain-raiser at the Bloomfield Stadium in Tel Aviv, Israel.

Lionel Messi himself opened the scoring on the night. The 35-year-old forward scored after just 22 minutes when he rounded the goalkeeper to score from an acute angle. A brace from Neymar and a goal from Sergio Ramos was enough for the Parisian giants to win the French Super Cup.

Following the game, Messi took to Instagram to reflect on his side’s triumph against Nantes. The 35-year-old forward stated that he is happy to kickstart the new campaign with a trophy under their belt.

Lionel Messi posted a number of pictures from PSG’s game against Nantes with the caption:

“Happy because we wanted to start the season by winning this Cup, come on!!!”

Messi has carried on with his good form from pre-season into the start of the 202-23 season. The seven-time Ballon d’Or winner scored twice in three outings during PSG’s pre-season tour of Japan earlier this month. He has also shown good link-up play with Neymar in attack over the summer.

The Argentine skipper will want a much better season this time around compared to the 2021-22 campaign. Messi struggled to get accustomed to his new surroundings in France and only managed to score 11 goals from 34 appearances across all competitions for PSG.

What lies in store for Lionel Messi’s future at PSG?

It is worth mentioning that Lionel Messi has entered the final year of his PSG contract. The forward penned a two-year contract when he joined the Parisian giants last summer.

There has been a lot of speculation surrounding his future beyond the 2022-23 season. According to recent reports, Messi will make his decision on his future after the 2022 FIFA World Cup in Qatar. Paris Saint-Germain are keen on extending his contract while Barcelona want to re-sign the Argentine superstar next summer.

Xavi: “I would like Messi’s time at Barcelona not to have ended. I think he deserves a second stage here at FCB. I wish so. If the question is whether I would like him to come back? The answer is a resounding yes!”. 🔵🔴 #FCB https://t.co/mLmCClKA6N

Lionel Messi’s focus will be on the upcoming FIFA World Cup in Qatar. This year’s tournament could be his final chance to help his country lift the World Cup for the first time since 1986.