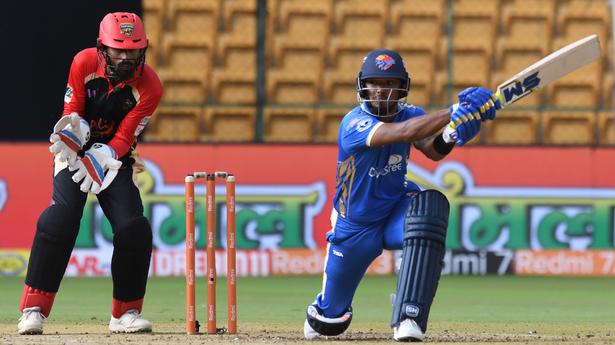 The Karnataka State Cricket Association on Saturday announced that the Maharaja Trophy KSCA T20 tournament, the latest avatar of the Karnataka Premier League (KPL), will be held from August 7 to 26.

KSCA president Roger Binny said matches will be organised at Bengaluru and Mysuru. “Due to COVID-19, we could not organise the T20 event. It was a setback. We lost two crucial years. Now we are conducting the tournament to unearth young talent from small towns,” Binny said.

The association has introduced a new model to avoid any controversies related to match-fixing. “This year, we have a new model where we have team sponsors and not team owners. It’s not the franchisee model,” KSCA secretary Santosh Menon said.

“The entire responsibility of owning the team, running the cricket, and taking care of the players remains with the KSCA,” Menon added.

Karnataka has been divided into six zones and teams will be picked on a draft model. The cricket committee of the KSCA, led by president Binny, created core groups, each comprising six head coaches, six assistant coaches, one selector, and a former Ranji Trophy player. Stuart Binny, Nazeeruddin, Mansoor Ali Khan, Nikhil Haldipur, Deepak Chougule, and P. V. Shashikanth will be the head coaches.

The KPL was launched in 2009, and eight editions have been held so far.

To check malpractices, the KSCA has decided to be more vigilant this time. The association has written to the Board of Control for Cricket in India to depute its anti-corruption unit for the tournament.