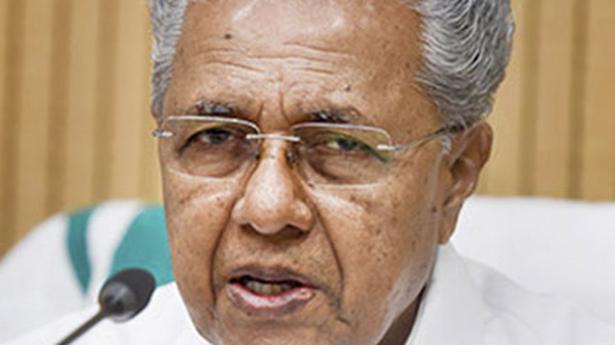 The Government is considering bringing in a foolproof and effective legislative amendment, subject to the final ruling by the High Court, for strongly restricting online gaming, including Rummy, Chief Minister Pinarayi Vijayan, said in the Assembly on August 23.

He was responding to a submission by A.P. Anil Kumar on the need for strongly restricting or even banning online Rummy through a legislation, as addictive gaming has pushed many individuals to financial distress and driven many to death in the State

Mr. Vijayan said that the Government, taking cognisance of the serious situation arising out of addictive online gambling, had in 2021 amended the Kerala Gaming Act of 1960, to ban online gambling utilising the platform of online Rummy

However, various gaming companies approached the Kerala High Court and on September 27, 2021, a single bench of the High Court dismissed the ban. The appeal filed by the State against this judgement of the HC is still under the consideration of the court.

Mr. Vijayan said that online game sites were attracting children as well as adults alike by offering free games and attractive incentives and gifts, getting them addicted and then eventually pushing them into gambling. The users often have no idea who is playing against them. Current information points to the use of artificial intelligence-driven algorithms to generate response from players.

As online Rummy games became popular, several mobile apps offering loans for gambling had also mushroomed. Many addicted gamers have fallen into huge debt traps or been driven die by suicide, having taken huge loans through these apps, which they could never hope to recoup through more gambling.

Mr. Vijayan said that it was extremely unfortunate that when the Government was trying its best to control online gambling, many prominent artistes had chosen to appear in the advertisements for these online games, influencing and persuading more people to join.

Now that the Government has no legal mechanism in place to restrict online card games-based gambling, the focus was on creating proper awareness against these kind of games in schools and colleges, with the involvement of the Police and other departments. Awareness is also being created through the media, social policing and various schemes of the student police cadets.

The CM assured the House that the police are taking strong action against offenders involved in crimes related to online Rummy and other cyber crimes committed in the name of gaming .