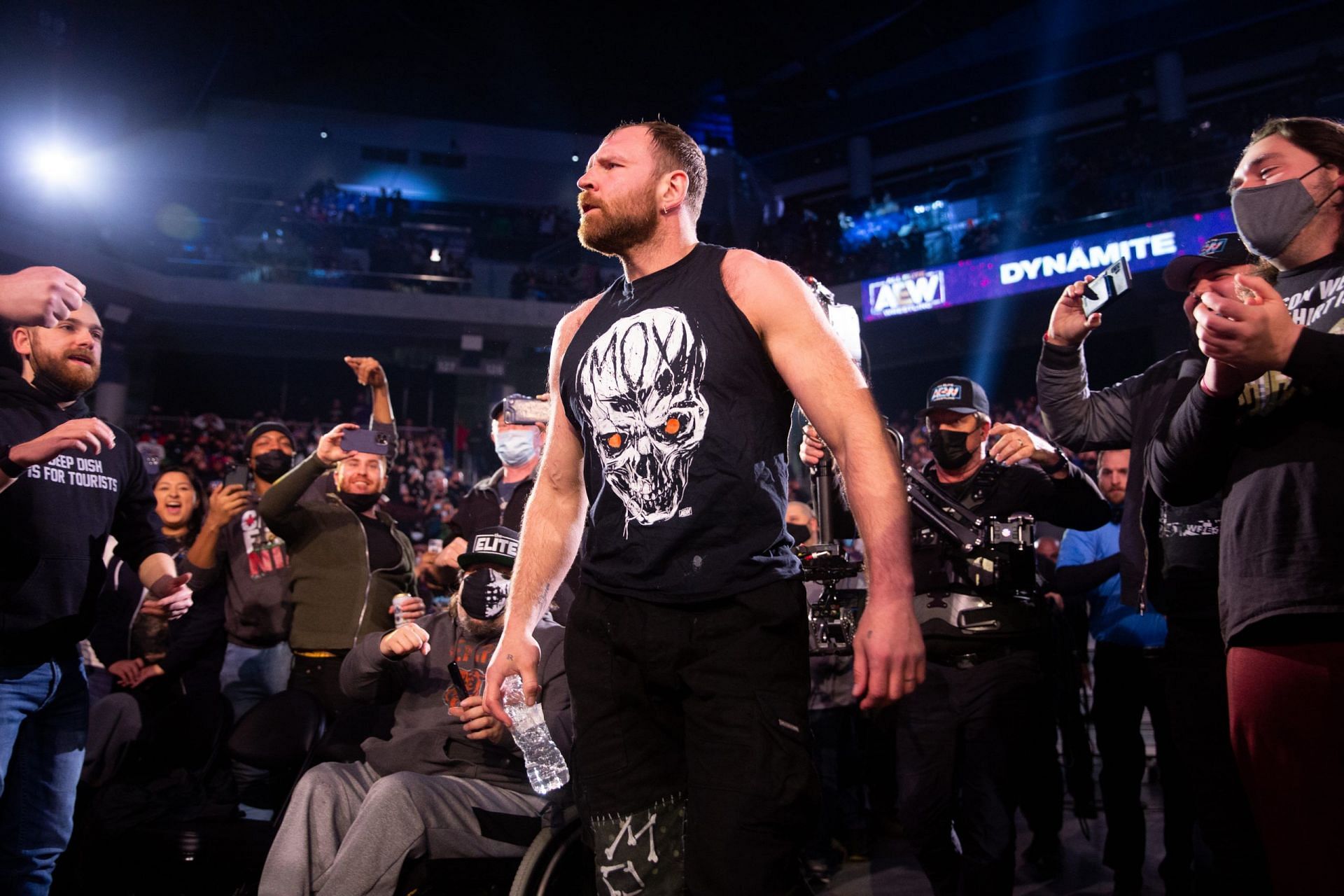 Moxley has been a huge part of New Japan Pro Wrestling since his departure from WWE. The former IWGP United States Heavyweight Champion has previously shared the ring with veterans like Minoru Suzuki, Satoshi Kojima, Yuji Nagata, and other prominent names.

In recent months, Moxley has crossed paths with New Japan stars like Juice Robinson, Will Ospreay, The Good Brothers, and more.

The AEW star and Desperado squared off in the main event of the show that also featured the likes of FTR, Kushida, and Hiromu Takahashi, among other names.

Moxley and Desperado took each other to the absolute limit and used several foreign objects such as half-cut soda cans, tables, and barbed wire.

Eventually, Moxley applied the sleeper hold and got the win after the former IWGP Junior Heavyweight Champion passed out.

At the AEW x NJPW Forbidden Door pay-per-view, Jon Moxley defeated NJPW veteran Hiroshi Tanahashi in a huge singles match. Mox had been calling out The Ace for months before finally getting a match against him.

Initially, it was CM Punk who was scheduled to defend his AEW World Championship against Tanahashi, but an injury prevented the former from competing at Forbidden Door.

“I want The Lionheart.”

Since winning the interim World Championship, Moxley has successfully defended his title against Brody King and got past Rush on the latest edition of Dynamite.

The Blackpool Combat Club member was confronted by his long-term rival Chris Jericho shortly after his win last Wednesday. The latter demanded a shot at Moxley’s interim AEW World Championship at Quake by the Lake.

However, the Jericho Appreciation Society will have to get past Moxley’s stablemate Wheeler Yuta first to get a shot at the title.

Do you think Chris Jericho will overcome Moxley to be crowned the new interim AEW World Champion? Let us know your thoughts in the comments section below.