IND vs WI 2022: Team India begin practice in Florida ahead of 4th T20I 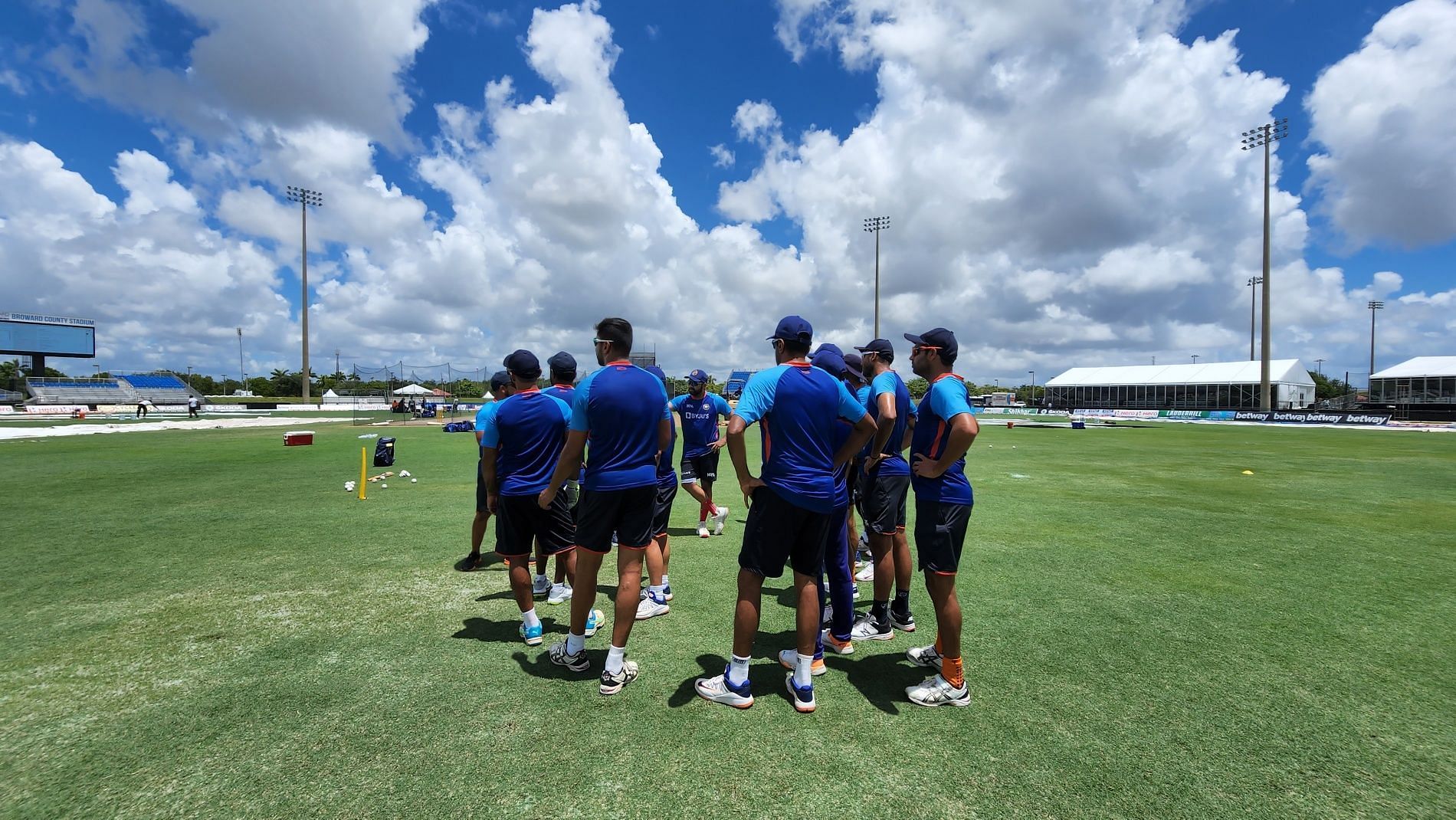 Team India have begun preparations for the fourth T20I against West Indies, which will be played in Lauderhill, Florida on Saturday (August 6). The Men in Blue are 2-1 in the five-match series, having clinched the third T20I in St Kitts on Tuesday (August 2) by seven wickets.

On Friday, the Board of Control for Cricket in India (BCCI) shared a couple of pictures of the Indian team from their practice session ahead of the fourth match of the series.

The images were shared with the caption:

“Hello from Florida, US! 👋 #TeamIndia #WIvIND.”

There were doubts over the last T20Is being held as per schedule owing to a delay in the visa process for both teams. However, the intervention of Guyanese president Irfaan Ali ensured the paperwork was completed in time.

According to reports, Cricket West Indies (CWI) were preparing a contingency plan to hold the last two T20Is in the Caribbean itself, mostly in Port-of-Spain. However, with the visa issue resolved, the tour will go ahead as per schedule.

Earlier in the day, Indian cricketers shared pictures of their fun outing on Miami beach. All-rounder Hardik Pandya and batters Suryakumar Yadav and Shreyas Iyer shared images of themselves enjoying time off the field ahead of the resumption of their battle against West Indies.

Leg-spinner Ravi Bishnoi also shared a picture of himself with Kuldeep Yadav and Suryakumar, experiencing the serene beauty of Miami beach.

Speaking of cricket, India and West Indies have faced each other four times in Lauderhill. The Men in Blue have won two of those games and lost one, while the other match produced no result.

Chasing a target of 246, India lost the first T20I by one run during their 2016 tour. They won both the matches played at the venue in 2019, the first by four wickets and the second by 22 runs.