IND vs WI 2022: “Shikhar Dhawan was written off by the selectors a bit too soon” – Rajkumar Sharma on India’s T20 opening conundrum 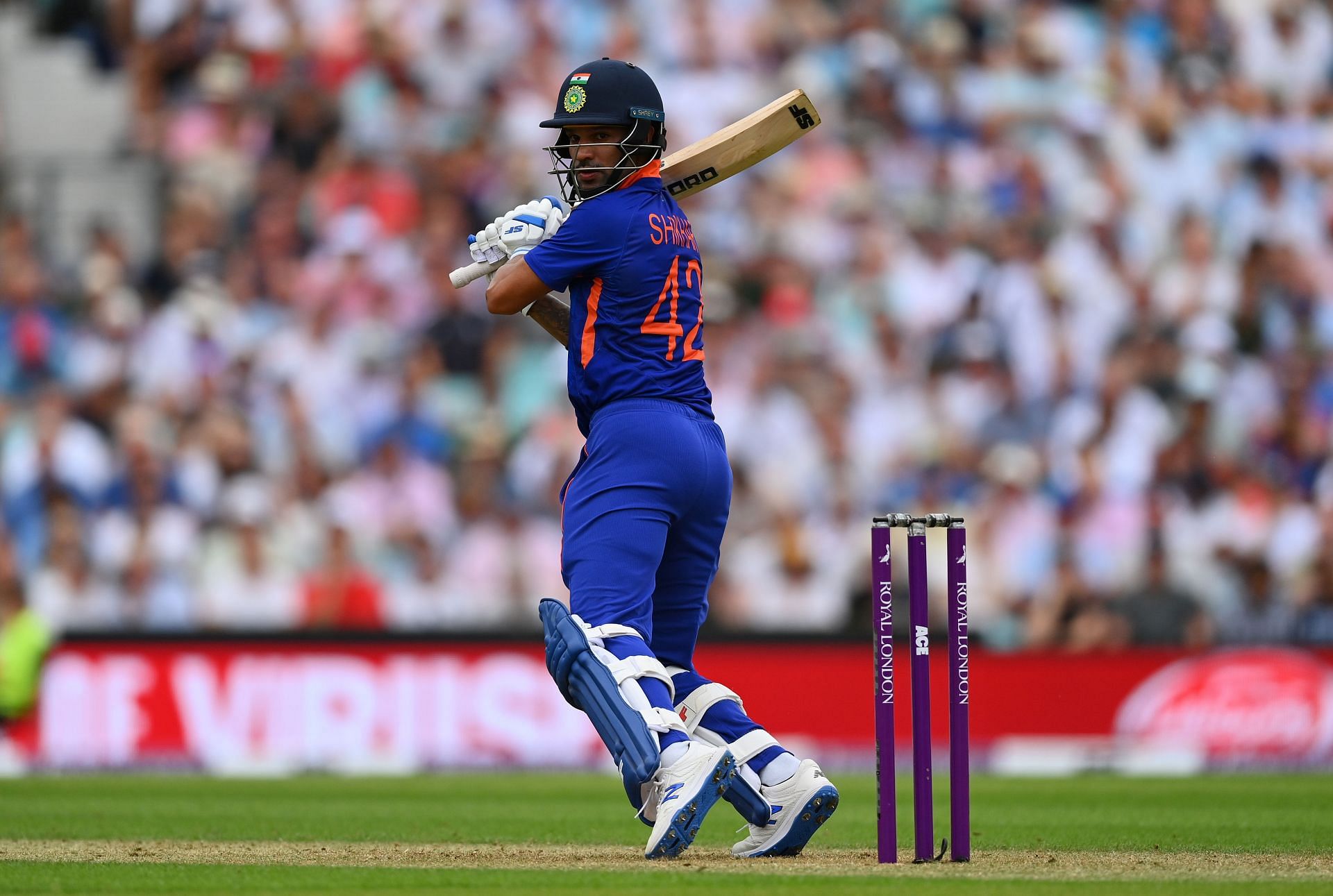 Virat Kohli’s childhood coach Rajkumar Sharma reckons senior opener Shikhar Dhawan was written off by the selectors prematurely in the T20 format. Sharma believes the experienced left-hander is a useful T20 batter but feels it’s too late to go back to him now.

There’s uncertainty over who’ll partner Indian captain Rohit Sharma at the top of the order in the T20 World Cup in Australia later this year. KL Rahul has been battling fitness issues. He was expected to be fit for the T20Is against West Indies, but tested positive for COVID-19 a few days ahead of the series. Rahul is also not part of the team for the ODIs to be played in Zimbabwe next month.

Rajkumar Sharma opined that the selectors could have handled Dhawan’s T20I career better. He felt the scenario could have been different if the left-hander was in the scheme of things. During a discussion on India News, Sharma said:

“Shikhar Dhawan was written off by the selectors a bit too soon. It was not a good thing. I have always believed that Shikhar is a useful T20 cricketer. But now that the selectors have a scheme of things in place, they need to stick to the players in whom they have shown confidence, be it Ishan Kishan or Ruturaj Gaikwad.”

Dhawan was named the captain for the white ball series in Sri Lanka, which featured three ODIs and as many T20Is in July. However, he hasn’t represented the country in the 20-over format since the Lanka tour.

Unlike Sharma, former India player Reetinder Singh Sodhi has said that Dhawan should still be considered for a place in the T20 squad, keeping the World Cup in mind. He pointed out to the 36-year-old’s impressive one-day form, saying:

“According to me, there is one player who is silently making rapid strides. No one is talking about him for the T20 World Cup. That is Shikhar Dhawan. He cannot be sidelined now. His performance is speaking. He is scoring runs in every game in one-day matches. If KL Rahul doesn’t recover in time, you need an experienced player, so why not Shikhar Dhawan?”

In Rahul’s absence, India experimented with Rishabh Pant at the top of the order in England. Suryakumar Yadav went out to open with the Indian captain in the first T20I against the West Indies on Friday (July 29).