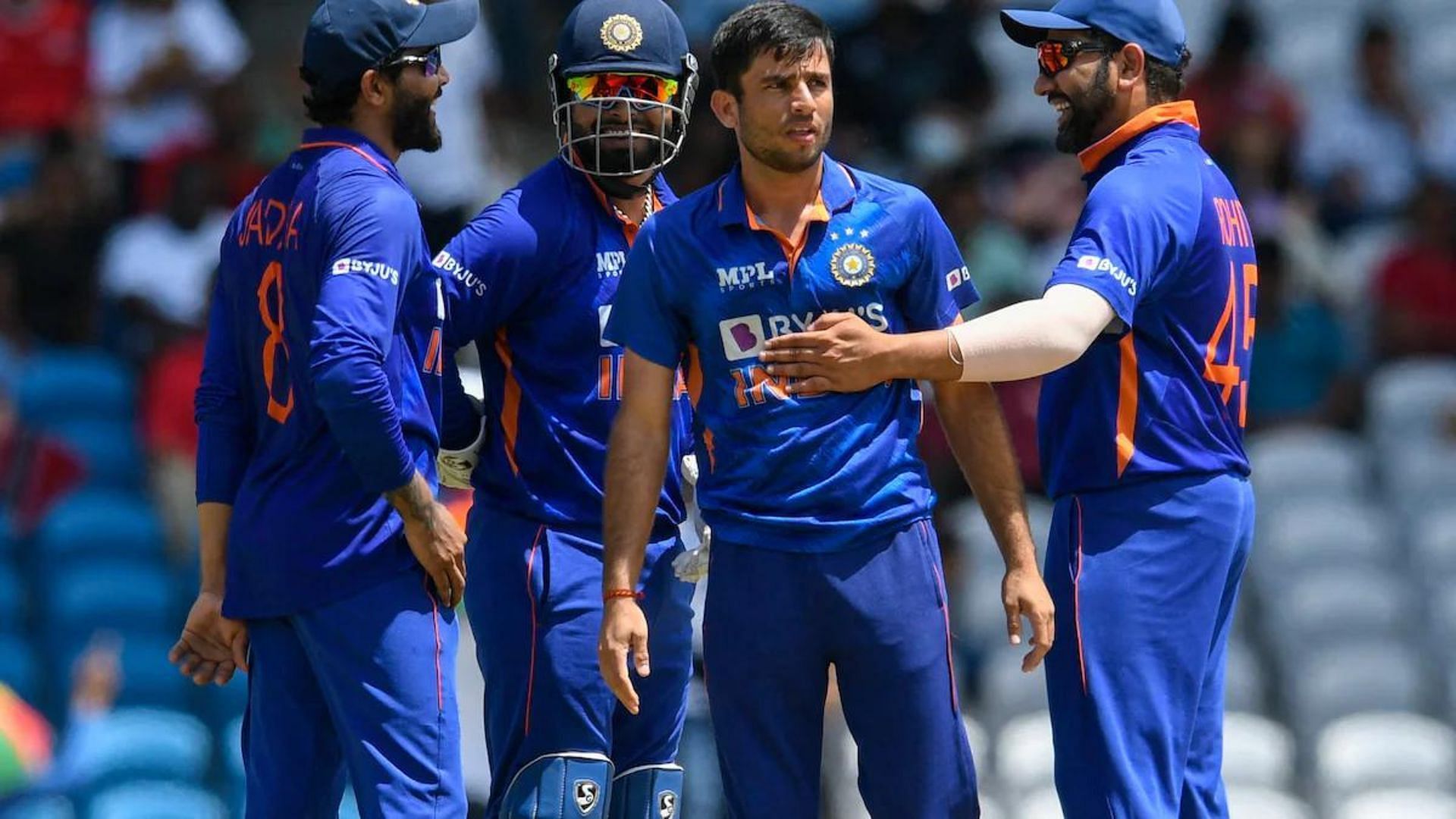 The visitors won by 68 runs, their biggest margin of victory against the Caribbean outfit in T20Is to date. Ravi Bishnoi, Arshdeep Singh, and Ravichandran Ashwin took full advantage of the opportunity given to them as they picked up a couple of wickets each.

The Men in Blue, of late, have followed the template of sticking to the winning combination. Consquently, they are unlikely to make wholesale changes to their playing XI. However, one issue they could look to sort out is the lack of clarity in their batting line-up.

As many as seven different players have opened for India in T20Is this year. With the T20 World Cup less than three months away, they will want a clear plan and entry point for each of their batters.

Taking this into context, let’s take a look at India’s probable playing XI for the second T20I to be played at St Kitts on August 1, Monday:

Ishan Kishan and Rohit Sharma are likely to feature at the top of the order once again for the visitors.

Kishan was India’s backup opener for the 2021 T20 World Cup. While KL Rahul and Sharma may still be the Men in Blue’s first-choice openers for this year’s showpiece event, the southpaw is certainly in the mix.

In 13 T20Is this year, Kishan has scored 419 runs, the most for India so far. He has also maintained a healthy strike rate of 132.17 with three half-centuries to his name.

Kishan has played with Rohit Sharma for quite a few seasons with the Mumbai Indians and both have a good understanding of each other’s game. This could in turn help India get off to a great start.

Sharma also scored 64 in the first T20I and is in fine form. This opening pair could be the way to move forward, at least until Rahul is back to full fitness.

Suryakumar Yadav opened the innings in the last game and scored a quickfire 24. However, many would agree that perhaps his best position in T20Is is at No. 3. With Virat Kohli rested, this could be the perfect opportunity to get the best out of the 31-year-old.

Rishabh Pant’s struggles in the middle order in T20Is continued as he scored just 14 runs in the first match. However, the team management seems convinced that he will feature at No. 4 at the T20 World Cup and might give him another go in the second T20I.

Hardik Pandya has turned out to be a revelation at No. 5 ever since his comeback to international cricket. He was the Player of the Series in the T20Is against England. Having missed out with the bat in the first T20I, Pandya will look to bounce back at St. Kitts.

Dinesh Karthik produced a phenomenal ‘Player of the Match’ performance in the first T20I, just when questions about his place in the XI began rising. His incredible unbeaten cameo of 41 off just 19 balls has likely ensured that he will get a longer rope as the specialist finisher in this Indian T20I side.

Ravindra Jadeja got some grip from the pitch in the first T20I and ended up with decent bowling figures of 1/26. Both he and Pandya are absolute assets when they can bowl more than four overs combined in T20Is, along with the explosive finishing that they are capable of.

Bhuvneshwar Kumar’s resurgence with the new ball continued in the first match and he will once again be a major threat upfront. Spinners Ravi Bishnoi and Ravichandran Ashwin are also likely to hold on to their place after bamboozling the hosts in the middle overs during the first T20I.

In just two T20I games, Arshdeep Singh has proven to be an invaluable asset for India with his left-arm pace and ability to bowl at any stage of an innings. He is likely to occupy the final spot in the playing XI.