“I may be overreacting but Adley may be the best baseball player ever” “Listen, people are sleeping on Baltimore” – MLB Reddit reacts to two Baltimore players leading AL Hitters list 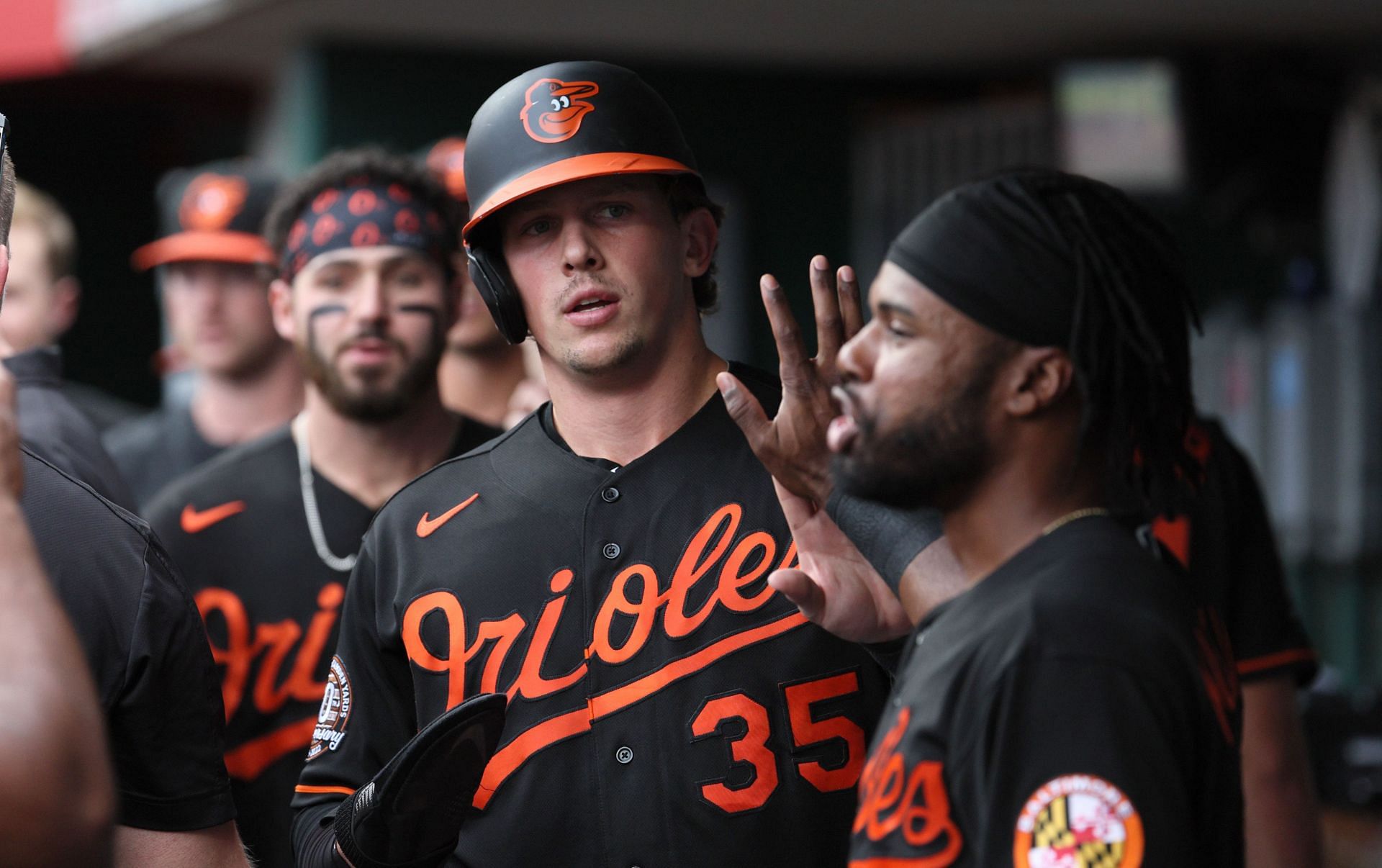 Reddit, one of the internet’s largest online communities, holds a vote for the players of the week in the MLB. The voters on the site came together for this past week, and multiple Baltimore Orioles players topped the list.

Featured in the top spot is Orioles catcher Adley Rutschman, who has had an outstanding week. Over this past week, Rutcshman hit .400 and had a .571 on-base percentage with a 1.171 OPS. He also has eight hits, four of which were doubles, and drew eight walks.

At number two is Orioles shortstop Jorge Mateo, who put up a very impressive display this past week. Mateo hit three home runs this week along with eight RBIs and boasts an .850 slugging percentage. He also hit .350 and had two stolen bases.

Adley Rutschman is having an amazing season behind the dish for his rookie year. Through 62 games played with Baltimore, Rutschman is batting .254 and slugging .437, totaling an .802 OPS. He also has 22 doubles on the season and is playing great defense in the backstop.

Although Jorge Mateo has not had the greatest stats this season, he is still a crucial piece on this squad. Mateo is batting .221 with a .666 OPS this season along with 11 home runs and 15 doubles. However, he is second in the MLB in stolen bases with 26.

After winning just 52 games last season and making zero major roster changes, the Orioles were not expected to do anything this season. However, the Orioles kept quietly winning games over the past few months and now already have more wins than they did last year.

Baltimore has one of the youngest teams in the MLB, thus they were sellers at the trade deadline. Although most teams who could possibly make the playoffs do not sell, the Orioles are just happy to be here in the first place. They could also use the extra cap space for this upcoming off-season.

The Baltimore Orioles are the most surprising team in the MLB this season. It will be very interesting to see this team fight for the playoffs this year.