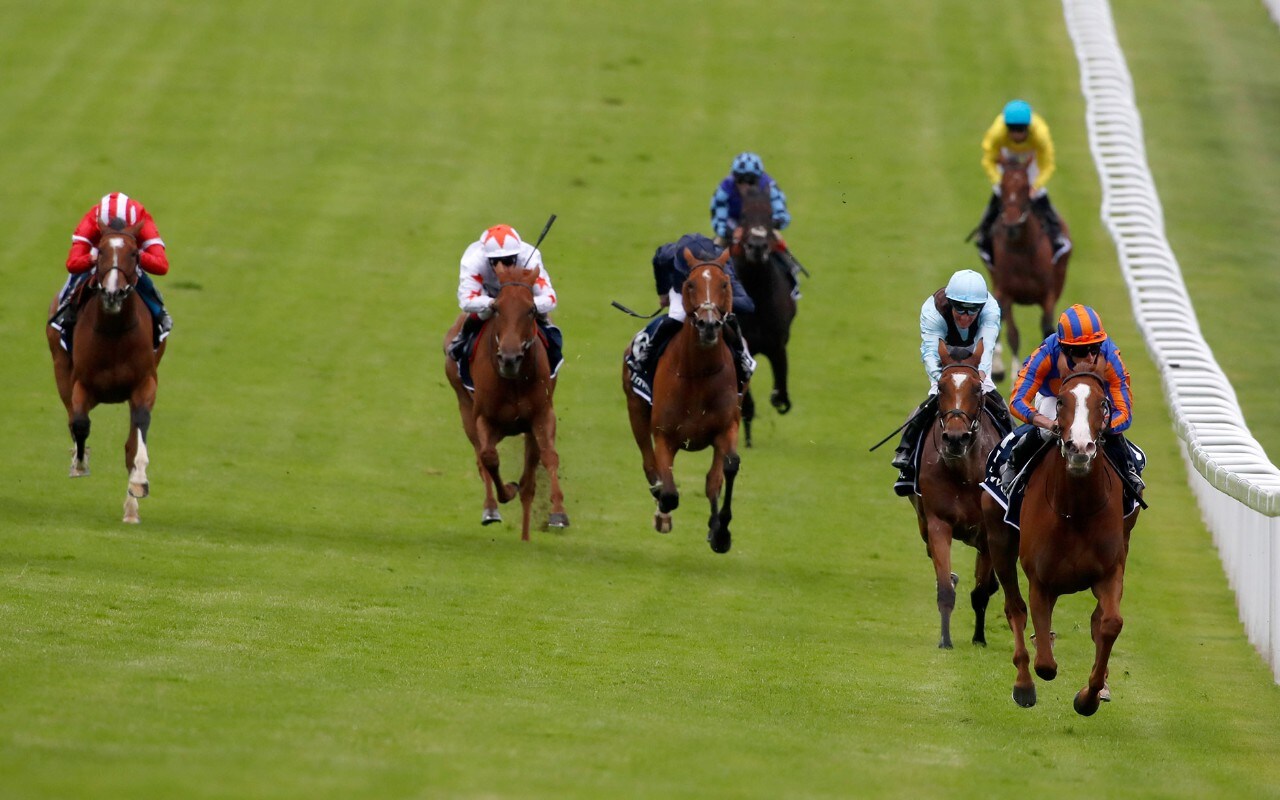 Thursday brings lots of racing action on both sides of the Irish Sea, with seven meetings across Britain and Ireland.

Thursday’s nap drops in class for the feature race at Leopardstown and can continue a good recent record for trainer Jim Bolger in the Meld Stakes.

John Hill’s picks for Thursday are below. Scroll down to read the expert analysis behind them.

Odds correct at time of publishing and may be subject to change.

Group 3 action is the attraction on this Thursday evening from Ireland as the Meld Stakes, with a first prize of £31,500, gets top billing at Leopardstown.

The nine-furlong contest has drawn a field of six to the Foxrock venue, including the vastly experienced Patrick Sarsfield for Joseph O’Brien – winner of this race in 2020 but with a point to prove after his most recent course-and-distance start – and Ger Lyons’ Georgeville, who was ahead of him in that Listed contest here six weeks ago.

They are likely contenders but it would not be a shock if one of the three-year-olds delivered an improved performance and, to that end, BOUNDLESS OCEAN is preferred over Aidan O’Brien’s Howth.

Jim Bolger’s Teofilo colt was a 1m 2f maiden winner here in April and was outgunned but not disgraced in the 2,000 Guineas at Newmarket soon after. Since then, he has run good races in defeat at the Curragh (1m 2f) and here (1m 4f) in Group 3/Listed company before again being outclassed in the Irish Derby last month.

A drop in trip/class surely offers an opportunity for Bolger’s colt to take a step forward now and he can give the Kilkenny-based handler a third win in this contest since 2017.

Jonjo O’Neill has his team of summer jumpers in good tune right now, boasting a 27 per cent strike-rate (4-15) with his runners over the preceding fortnight and WASDELL DUNDALK might be able to add to that in the Worcester opener.

The seven-year-old registered his two hurdles wins at this venue and did so in the month of July last year – and a look at his profile shows he is much more adept at this time of year with some sun on his back.

He had a pipe opener over hurdles here in May and went very close on his chasing bow over course and distance in June in what was a tactical three-runner race.

He learnt from that first start over the bigger obstacles and, despite lacking fluency at times, has since been to Ffos Las to open his account over fences in good style four weeks ago.

Nick Scholfield was on board in that win and remains on the plate now. Wasdell Dundalk looks likely to improve his jumping technique race-to-race and, in that case, he will be tough to stop at this venue that has served him so well.

Wisper made it two wins in three starts since joining Marcus Tregoning when scoring at Brighton nine days ago. Both wins have come at the seaside track and they bode well for her hopes of handling Epsom. She was a wide-margin winner last time but the race rather fell apart and, with a 5lb penalty, she might be worth taking on now.

Toronado Grey is a hit-and-miss character, while Night Of Luxury might prefer some ease underfoot – so bottom-weight GANGWAY can land this for Mark and Charlie Johnston under William Buick.

The Gleneagles gelding has form figures of 13142 at this sort of distance this year, the only below-par run in recent times coming over a mile at Pontefract in June.

He was denied only by an improver at Wolverhampton nine days ago from this mark and his front-running tactics could pay dividends here with Buick on board for the first time.

Telegraph Betting brings you racecards for every meeting every day and includes horse-racing selections for every race, with each horse’s chances given a rating out of five.