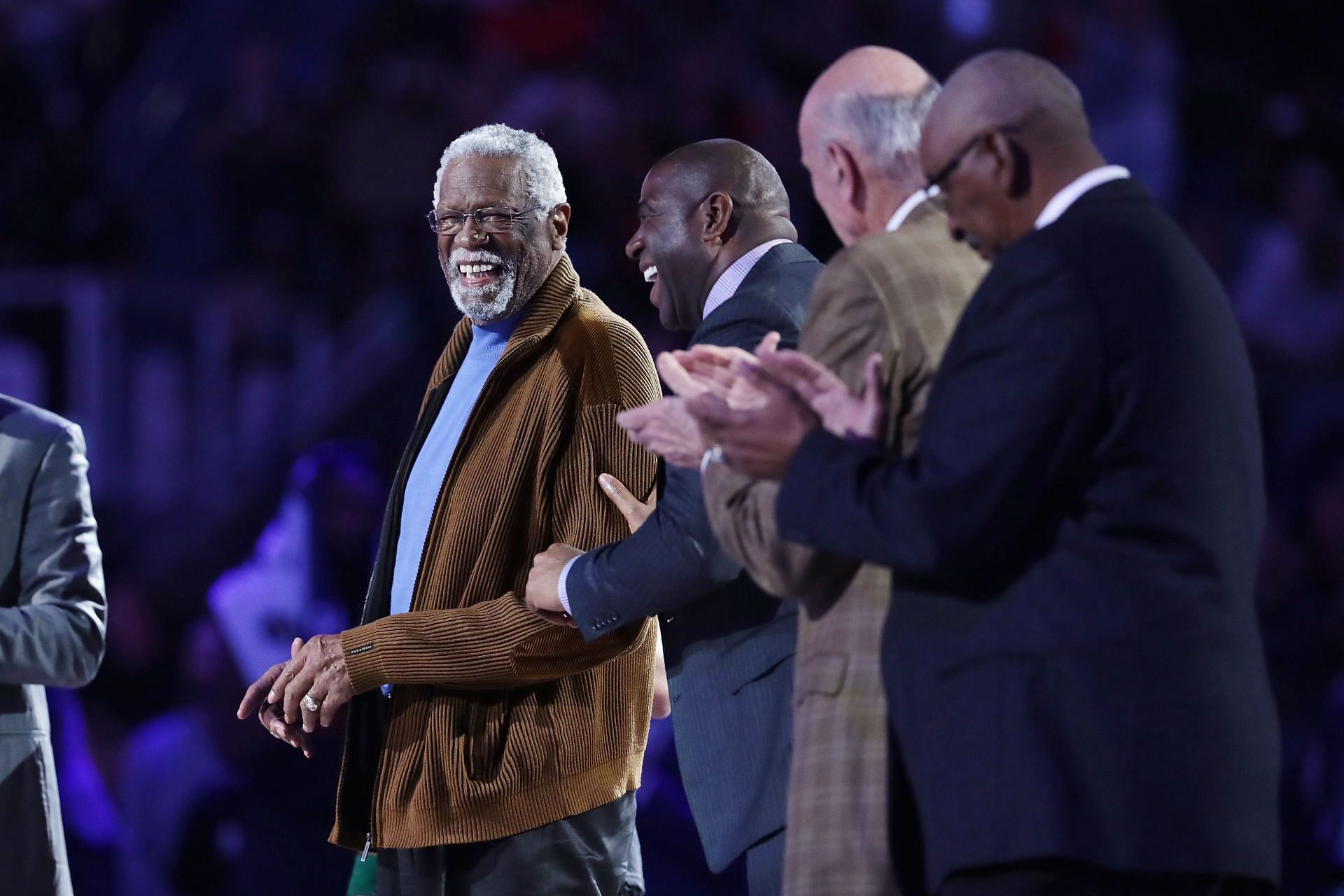 Over the weekend, tragic news emerged that Boston Celtics legend Bill Russell had passed away at the age of 88. After being selected second overall back in 1956, the six-foot-ten center went on to become one of the greatest players the game has ever seen.

Bill Russell played 963 games with the Celtics, and posted career averages of 15.1 points, 22.1 rebounds, and 4.3 assists. He also spent some time as a coach, in which he had a record of 341-290. Russell is one of the select few people who has been inducted into the Basketball Hall of Fame twice.

There are countless accolades that Bill Russell achieved in his career, but one stands out above the rest. That being his 11 championship rings. No player has come close to matching this mark, and likely never will.

While paying homage to the NBA legend, FS1’s Nick Wright brought up Bill Russell’s 11 titles. He feels this level of success makes it harder to rank all-time players properly.

“Bill Russell causes a problem for any ranking because if we agree the goal of team sports is to win then what do you do with a guy who lapped the field a couple times over when it comes to winning and it wasn’t just the 11 championships it’s that he never lost a do-or-die game in his basketball life.”

While Wright brings up a valid point regarding all-time rankings, it’s hard to say if Bill Russell has affected things in any way. Even with his 11 championships, he is not widely seen as the greatest player ever. In fact, most people might not even have the Celtics great in their top five.

Coach Pop on the passing of NBA legend Bill Russell.

What Russell did was an impressive feat, and he deserves a ton of recognition for the way he stepped up in big games and was the ideal teammate. That being said, most understand that circumstances play a tiny part in things.

One reason why nobody has come close to his mark is because of the size of the league today. In its early stages, the NBA only consisted of about eight teams. With much less competition, a dominant force like Russell was able to come along and achieve the success he did.

No matter the size of the league, Russell is still one of the best players to ever step foot on an NBA court. Although nobody will likely ever match his ring count, he has not tarnished any all-time lists.