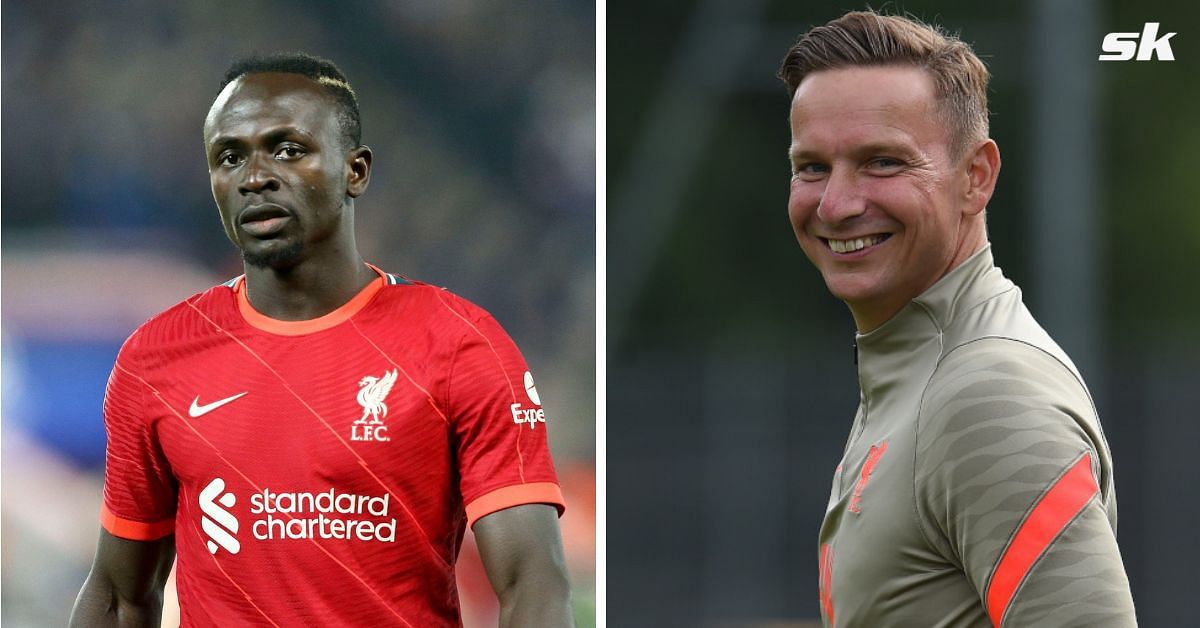 Liverpool‘s assistant manager Pep Lijnders has given an account of how Diogo Jota reacted to rumors linking Sadio Mane with a move to Bayern Munich last season.

Lijnders recently released a book titled “Intensity,” which gives an inside view into Liverpool Football Club. He has vividly described there how Jota confronted Mane when the team first saw the rumors on television.

Lijnders said the following in his book regarding Jota’s reaction to Mane’s exit rumors (via HITC):

“There were rumours Bayern were looking to sign Sadio. During breakfast, Diogo confronted Sadio while seeing the news on Sky. Trent was sitting next to him and we both started laughing when I said Jota could be a Scouser. He confronts without any hesitation.”

Mane did leave the Reds to join German giants Bayern Munich earlier this summer for a fee of around £35 million. The Senegalese forward had just one year remaining on his Liverpool contract prior to his move to Bayern Munich.

Mane scored his first official goal for the Bavarian giants during their 5-3 win over RB Leipzig in the DFL Supercup on Saturday, July 30.

Liverpool, on the other hand, replaced Mane with 23-year-old Uruguayan forward Darwin Nunez, whom they signed from Portuguese side SL Benfica. Nunez came in for an initial fee of £64 million. However, various add-ons could see him become the Reds’ most expensive player in their history.

Like Mane, Nunez also scored his first official goal for his new side in his first appearance. The forward netted the third goal in the Reds’ 3-1 win over Manchester City in the FA Community Shield on July 30.

Diogo Jota, meanwhile, became the latest Liverpool player to pen a new contract this summer. According to Sky Sports, the Portuguese forward has signed a new five-year contract, which will see him stay at Anfield until the summer of 2027.

Jota had an incredible 2021-22 season for the Reds. The 25-year-old forward scored 21 goals and provided eight assists from 55 appearances across all competitions.

It is worth mentioning that Jota is currently recovering from a hamstring injury that kept him out of pre-season as well as the Community Shield.

Jurgen Klopp will want to have him back as soon as possible. The Portuguese forward is useful in attack due to his versatility. Jota is capable of playing as a centre-forward or on the left-wing.