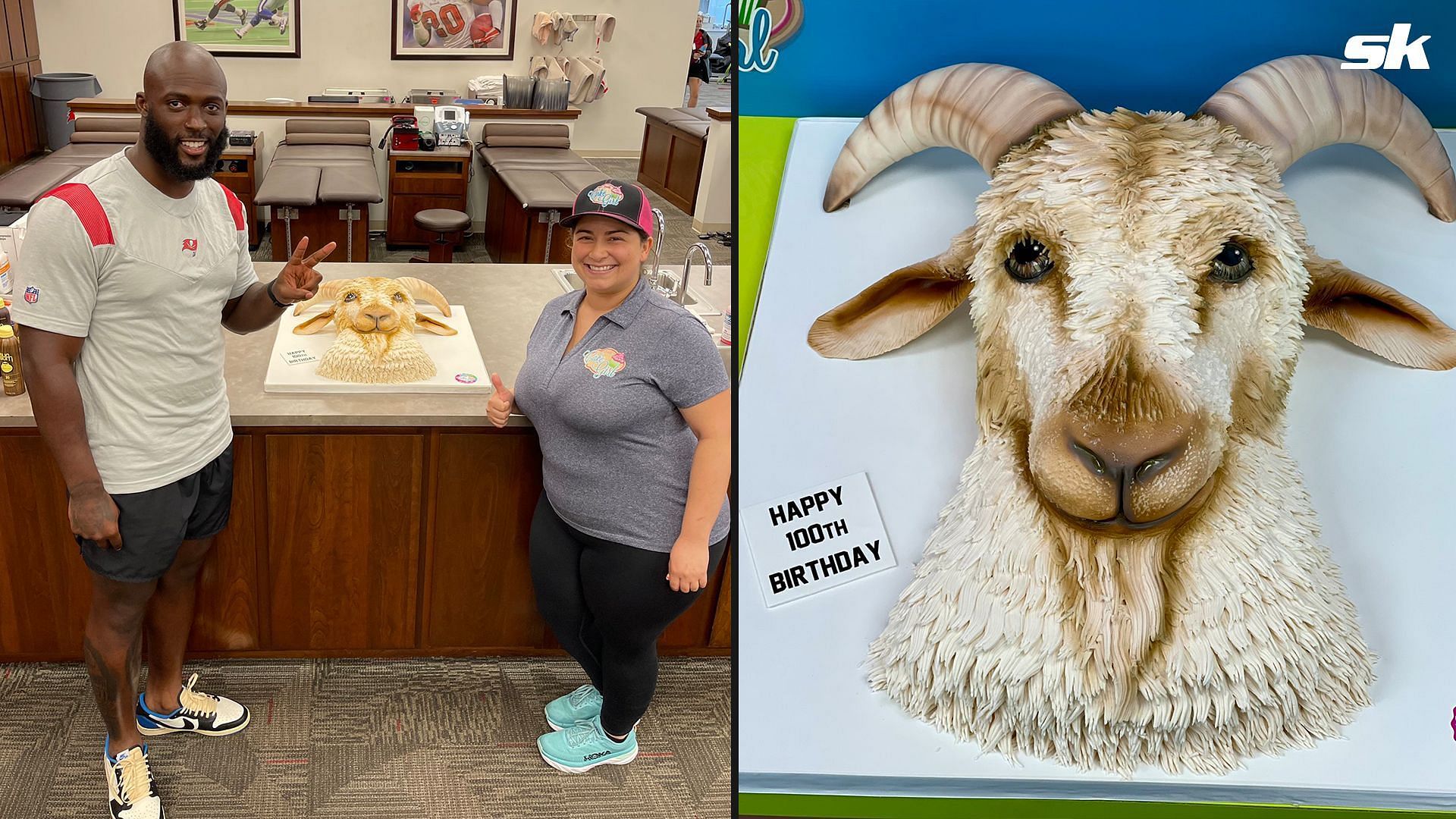 Quarterback Tom Brady turns 45 today. The Tampa Bay Buccaneers shot-caller is still going strong after over two decades of playing at the top level. Brady has won seven Super Bowl rings and is in the hunt for his eighth this season.

Today, however, is not about his football accomplishments, but about his birthday and the cake his Buccaneers teammates have given him.

In a post on Twitter, Tampa Bay running back Leonard Fournette was snapped next to the shot-caller’s cake, which is simply the head of a goat with a message that says:

The team took a cheeky dig at the 45-year-old’s age, comically noting that it’s actually his 100th birthday.

Brady getting better with age

The 45-year-old had one of his best ever campaigns statistically last season, throwing for 5,316 yards and 43 touchdowns.

The fact that he is seemingly getting better with age is a testiment to what he does off the field in terms of preparation for games. It shows how efficient he recovers his body thanks to the TB12 method.

As he enters his 23rd NFL season, the road to a Super Bowl might be a little tough roster-wise for him this year after losing Ryan Jensen to a knee injury. He is also without Rob Gronkowski, who retired, but the Buccaneers did acquire Julio Jones to add to the weapons the 45-year-old has at his disposal.

Many have hinted that this could be the GOAT’s last year in the league, but we thought that last year, didn’t we?

The NFC is considerably weaker than the AFC this year, boding well for Brady to at least make it to the postseason. The Buccaneers’ division is relatively easy as the New Orleans Saints present the only challenge to their win record.

However, should they get out of the division, the only team that will likely scare them is the defending Super Bowl champs in the Los Angeles Rams.

One can only imagine that if the 45-year-old is to hoist an incredible eighth Super Bowl trophy at season’s end, he will surely call time on his illustrious career.

Until then, we can only regard ourselves as honored, being privileged enough to witness the historical feat that is Tom Brady.