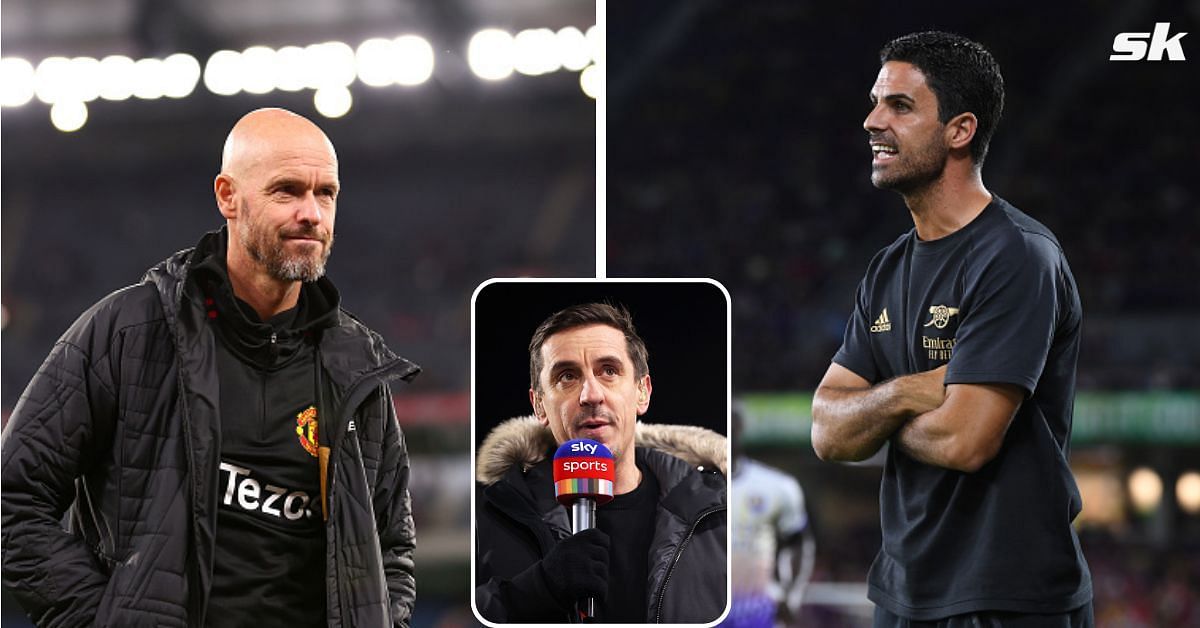 Manchester United legend Gary Neville believes Arsenal will finish higher than his former side in the 2022-23 Premier League standings.

Neville reasoned that the Gunners look in “far better shape” than United, who have had to deal with issues off the pitch involving Frenkie de Jong and Cristiano Ronaldo.

When asked who would finish higher in the league table come the end of next season between the two teams, the Englishman told Sky Sports:

“Arsenal definitely feel in far better shape. United have the De Jong situation which is dragging on, the Ronaldo situation which is a distraction, causing them disturbance and will distract the manager in his press conferences, taking away the ethic he’s built in that pre-season tour.”

Manchester United have been linked with Barcelona midfielder De Jong since the start of the ongoing transfer window. However, they are yet to bring the player to Old Trafford.

Ronaldo, meanwhile, is reported to have informed the Red Devils that he wished to leave Old Trafford (as per David Ornstein). The 37-year-old also missed most of the club’s pre-season before returning last week.

He then made headlines for leaving Old Trafford along with a few other players before the completion of the Red Devils’ friendly against Rayo Vallecano. Club manager Erik ten Hag has since deemed it “unacceptable” behavior, as per The Guardian.

Arsenal, meanwhile, have enjoyed a fantastic pre-season in addition to adding five new players. There haven’t been too many distractions off the pitch either as they head into the new season with optimism.

“There’s definitely more questions on United because they haven’t got their business done and their star player is in a position where he might leave. You have to say Arsenal.”

How did Manchester United and Arsenal fare in pre-season?

They beat Liverpool, Melbourne Victory, Crystal Palace and AFC Wrexham, with the last match being a behind-closed-doors contest. The Red Devils have made three additions to their squad in the form of Tyrell Malacia, Christian Eriksen and Lisandro Martinez.

Mikel Arteta’s Gunners, meanwhile, suffered just one loss in pre-season, winning all their other matches. They picked up victories against Ipswich Town, FC Nurnberg, Everton, Orlando City, Chelsea and Sevilla. The only loss the club suffered came in a behind-closed-doors friendly against Brentford.

Arsenal have notably added Gabriel Jesus, Oleksandr Zinchenko, Fabio Vieira, Marquinhos and Matt Turner to their squad in the ongoing transfer window. They will kick off the new Premier League season tonight (August 5) at Selhurst Park against Crystal Palace.