Fortnite gets another big map change in Chapter 3 Season 3 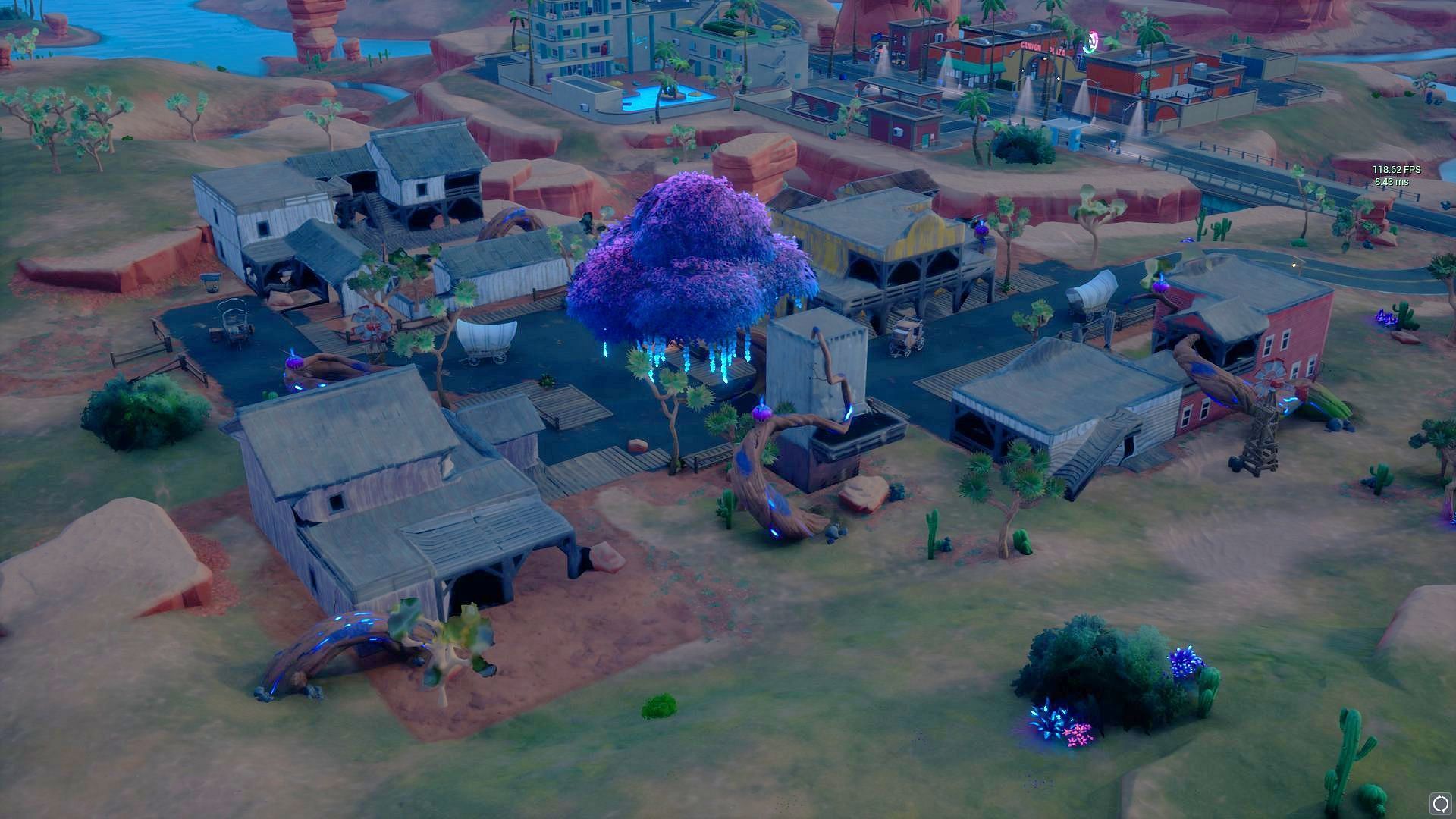 Fortnite map changes are a big reason why the video game has become so popular. Epic Games has released numerous map changes to the battle royale title in the past few years, and the map has undergone hundreds of different changes.

The fan base is currently enjoying Chapter 3 Season 3, and Epic Games is using the Reality Tree to bring about Fortnite map changes. The tree has spread to many places across the island and brought massive changes.

The latest Fortnite map change happened at Condo Canyon. This change was leaked long ago when Season 3 was just released, and players can finally see what it looks like.

This is one of the many map changes slated for the current season, and it’s not going to be the last change either. It appears that Epic Games is preparing players for something big with the Reality Tree, but fans will have to wait to find out what will happen in the future.

Shortly after Season 3 was released, the Reality Tree spread to Logjam Lumberyard, bringing some old places like Lazy Lagoon back to the game. The location now has a new name, Logjam Lotus, and it changes its theme every game.

This is the first time that Epic Games has released a constantly-changing POI, which is amazing. For example, when players land at Logjam Lotus, they can get a Lazy Lagoon theme. But in their next game, the place could look like Coral Castle.

• Blooming Bungalow is here! With the Reality Tree extending its roots across the island, another tree formed a POI that changes between every match:

The latest map change has also brought some popular locations back and will keep rotating every game. There are four possible themes at the moment: Lazy Lagoon, Coral Castle, Tilted Town, and Colossal Colosseum.

It is important to note that only one part of Condo Canyon has been affected by the latest Fortnite map change. The northeastern corner of the popular landing spot has been changed and is now called Bungalow Blooms.

Epic Games may decide to bring even more map changes to this location, but that’s unlikely to happen. Instead, the development team will probably focus on other content that is being developed.

The Reality Tree will continue to expand all over the island and bring many new map changes. Players are still waiting for the Daily Bugle to change, which will rename the location to the Daily Bloomgle.

New Reality Roots have now appeared near Tilted Towers and it looks like some may be headed to Loot Lake? Interesting

[All images by @JayKeyFN]

New Reality Roots have now appeared near Tilted Towers and it looks like some may be headed to Loot Lake? Interesting[All images by @JayKeyFN] #Fortnite https://t.co/S2JQOUKxJE

Furthermore, the leaked Dragon Ball collaboration is expected to bring a few map changes as well. There is a chance that Epic Games will turn the Daily Bugle into a collaboration location, but nothing has been confirmed yet.

With a month and a half to go, players can expect to see a few more map changes. Ultimately, it won’t be surprising if the Reality Tree takes over the Zero Point as it is currently exposed underwater.