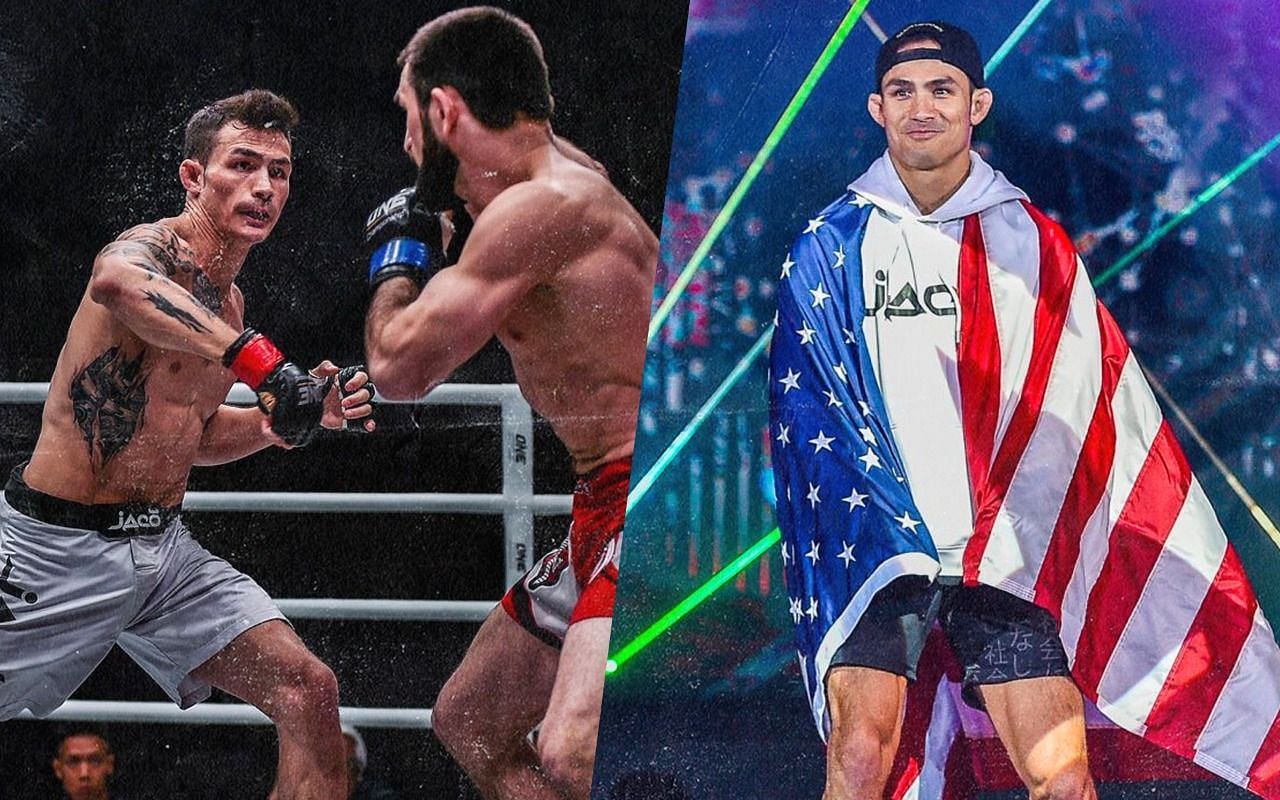 In lieu of Thanh Le’s anticipated showdown against Tang Kai at ONE 160, ONE Championship released footage celebrating one of Le’s most rewatched KO’s.

The ONE featherweight world champion made a statement in his promotional debut, as shown in the video. Le delivered a concussive knee to the head of Yusup ‘Maestro’ Saadulaev that knocked the MMA veteran out cold.

ONE captioned the video with:

Hyped fans were quick to express their anticipation for the upcoming bout and aptly responded:

“Sheesh makes me afraid to ever attempt a takedown in MMA😂”

Watch the footage below:

In 2019, Le, an LFA world champion, made his ONE debut against the Russian beast Yusup Saadulaev. With a near-pristine record of 8 wins and 2 losses and 100% knockout rate, the Vietnamese-American looked to extend his reign of terror.

Saadualev, on the other hand, was the fan favorite. The ‘Maestro’ had amassed a professional record of 17 wins and 4 losses, and was riding a three-fight winning streak in the promotion. He had already established himself as one of the most dangerous grapplers in the featherweight division.

‘Maestro’ began the first round strong and found success with an early takedown. Le defended well but couldn’t get back to his feet until the bell rang. Regrouping, the LFA world champion went on the attack.

Saadualev transitioned for another takedown and was met with a punishing knee to the chin. The impact immediately folded the ‘Maestro’ onto the mat. The devastating knockout marked the beginning of a new era for the Lousianna-native.

Watch the full fight below:

If there is still any doubt, Thanh Le is a beast. He may not look the part, but the 36-year-old superstar has an uncanny ability to put opponents to sleep, and there hasn’t been a man in his division to match him just yet.

In a recent video, Le and his younger brother and coach Vinh Le writhed in pain as they reacted to some of his most gruesome knockouts.

Check out the video below: