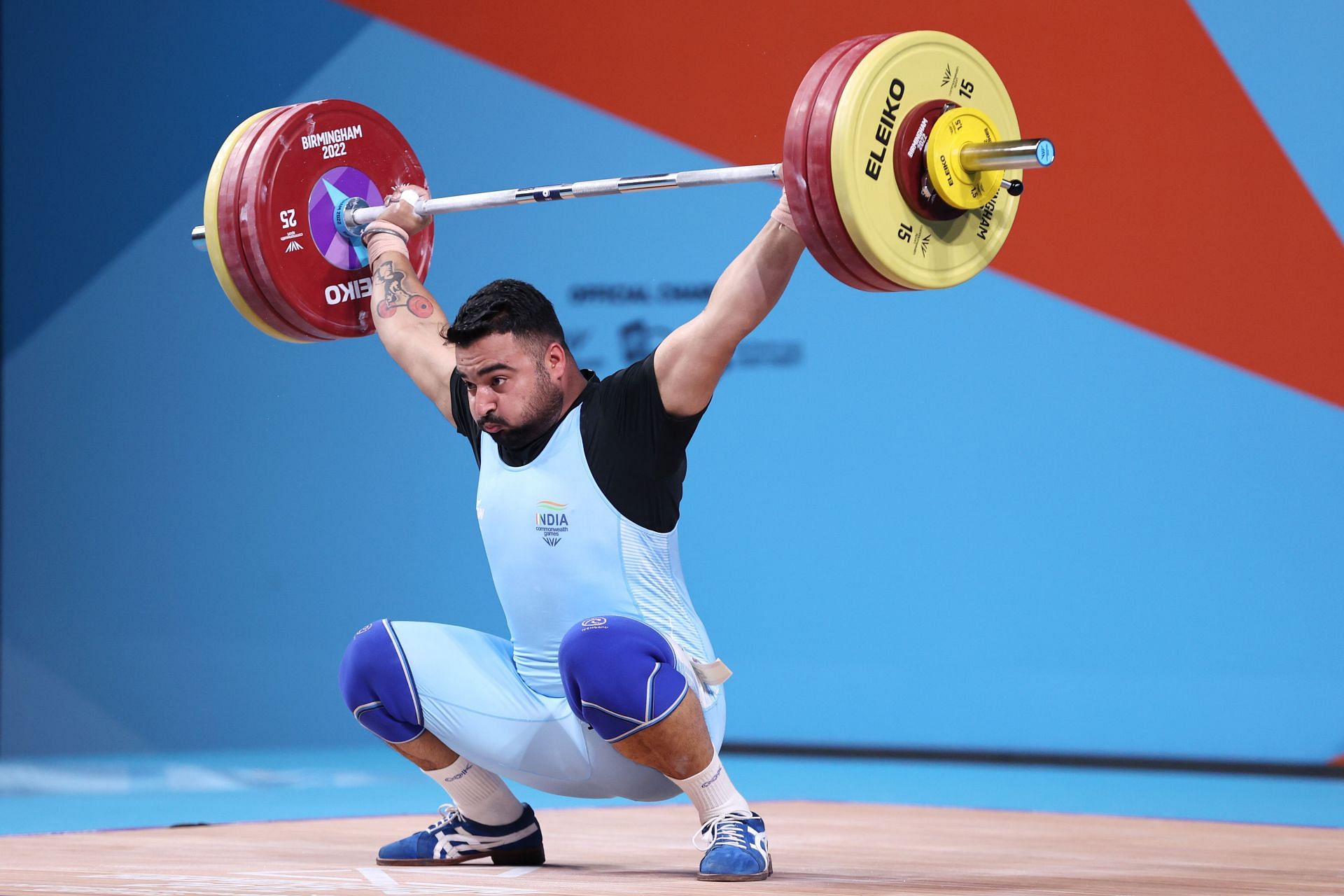 When Australian weightlifter Jackson George Roberts-Young increased the weight on the barbells to 211kg on his third attempt in the clean and jerk category of the men’s 109kg division at the 2022 Commonwealth Games in Birmingham on Wednesday, his goal was to earn a podium finish.

A successful lift would have enabled him to move to third spot from fifth. It could have also spoiled India’s party as Lovepreet Singh was a strong contender for a bronze medal with an aggregate total of 355kg.

The 211kg was nine kilograms more than Roberts-Young’s second attempt of 202kg. With the Australian failing to lift 211kg, the Indian camp heaved a huge sigh of relief. Roberts-Young eventually finished fifth.

The Indian lifter made a couple of calls home to his family and friends, breaking the news of the bronze medal-winning feat in a highly competitive field. Even before the start of the medal ceremony, Singh was seen busy with his mobile phone.

The Indian lifter began his campaign for a medal with 157kg on the barbells for his first attempt in the snatch category. He was successful in lifting 161kg on his second attempt and also cleared 163kg in his final lift.

After the conclusion of the snatch event, Singh’s overall performance pushed him closer to the bronze medal.

Congratulations to the talented Lovepreet Singh for winning the Bronze medal in Men’s 109kg weightlifting. The young and dynamic Lovepreet has impressed everyone with his calm temperament and dedication to sports. Wishing him the very best for all future endeavours.

Congratulations to the talented Lovepreet Singh for winning the Bronze medal in Men’s 109kg weightlifting. The young and dynamic Lovepreet has impressed everyone with his calm temperament and dedication to sports. Wishing him the very best for all future endeavours. https://t.co/IWZtRezGJv

The Indian coaching staff planned out well in advance of the starting lift for Singh in the clean and jerk event so that he remained in the race for a medal.

Singh made no mistake in lifting 185kg on his first clean and jerk attempt. The second lift was increased by four kilograms. The Indian lifter managed to clear the test and increased the weight to 192kg in his final lift.

Before stepping on the platform, Singh took a deep breath with his eyes firmly fixed on the barbells. When he was successful in lifting 192kg in the clean and jerk event, there was jubilation in the Indian camp. Singh’s aggregate total at that point was 355kg.

The gold medal, meanwhile, was hotly contested between Cameroon’s Junior Periclex Ngadja Nyabeyeu and Jack Hitila Opeloge of Samoa. But it was the Cameroonian lifter, who took home the gold medal with a total lift of 361kg. He lifted 160kg in the snatch event and 201kg in the clean and jerk event.

Opeloge’s aggregate score of 358kg fetched him silver. His best lift in the snatch event was 164kg, while he lifted 194kg in the clean and jerk category.