Crows will ‘stick to the process’ despite rebuild backlash 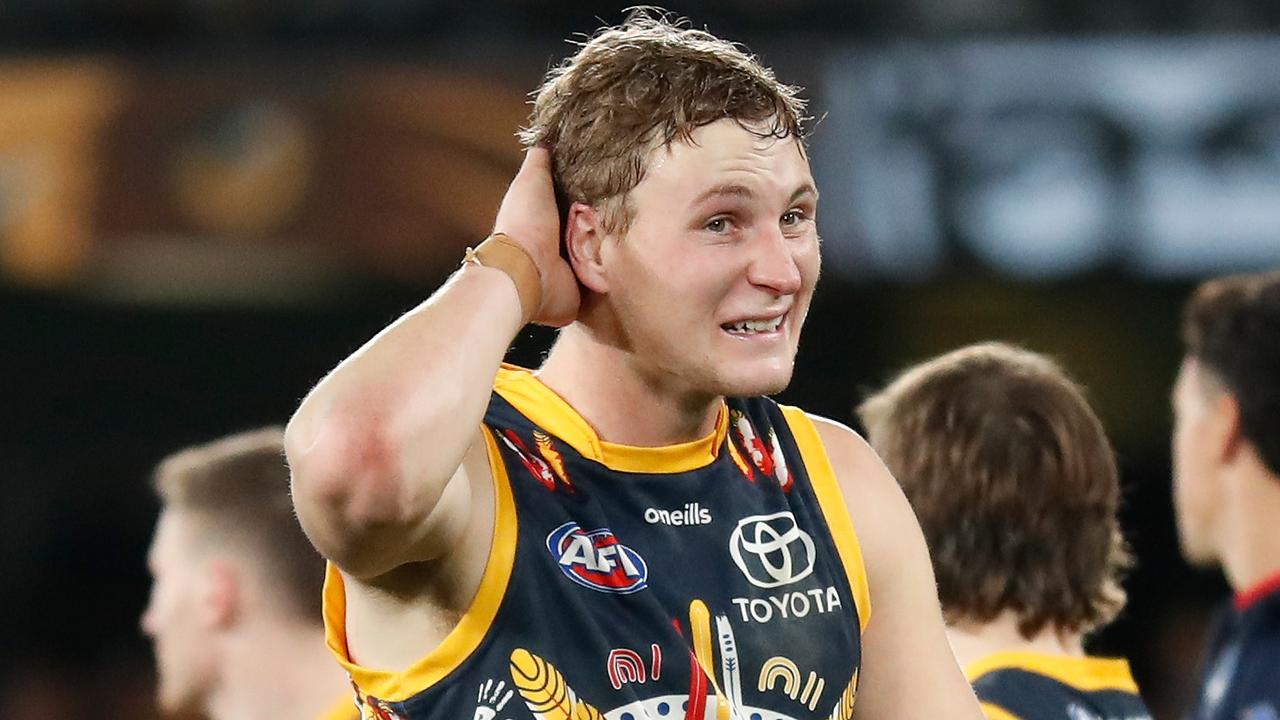 After the horror loss to Hawthorn, external pressure around Adelaide’s rebuild is increasing. But the club is confident in the ‘process’ and where it’s heading. Have your say.

Adelaide assistant coach Nathan van Berlo says the Crows will continue to “stick to the process” despite a loss to Hawthorn that has raised questions about how the rebuild is going at West Lakes.

A woeful start by the Crows led to their 32-point loss to Hawthorn, who had been on a five-game losing streak coming into the match at Marvel Stadium on Sunday.

It leaves the Crows at 5-11, and has reignited questions about the rebuild.

The Crows won seven games last year and could struggle to win the same amount of games in 2022, with a run home that features Collingwood, Sydney, Carlton, West Coast, North Melbourne and Port Adelaide.

But van Berlo said the Crows coaches were happy with the improvement they have witnessed this season.

“In terms of my time since I have come back in the last 18 months I feel like we have made some really positive growth in terms of where we are heading as a club,” he said.

“Last year we implemented some consistency in our game style, that has gone to another level now.

“Yes there are elements that we have to get better at but if you look at last year we lose DMac (David McKay), Tom Lynch, Paul Seedsman isn’t playing this year, Daniel Talia isn’t here, (Rory) Sloane hasn’t been playing so we lose some significant experience around our growth.

“And on field experience which will benefit us in the long run, so our ability to stay in the game for longer has been a real pleasing aspect.

“The next step is that we turn that into results for us.

“It is process driven for us, when that table turns it turns. It’s not around it is going to be next week or six months time.

“We will just stick to the process and those results will come.”

Despite the pressure and questions about the direction of the club ramping up again following the loss to the Hawks, van Berlo said the players were not losing patience.

“No I don’t think so, provided that you can believe in the growth you are showing,” he said.

“Internally we can players growing, individuals growing and taking their game to the next level and don’t worry there is still a winning culture around what we want.”

The performance by the Crows in the first quarter especially left a sour taste in the mouth of Adelaide coach Matthew Nicks, who post game said he was more glass half-empty because of his side’s lack of contest.

Van Berlo said he was pleased with how the Crows responded, especially in the third and fourth quarters.

And he said he wasn’t all that concerned by Rory Laird’s low amount of metres gained, despite the reigning club champion’s 42 disposals.

Ben Keays’s 30 disposals were at an average of 7.1m, while back in the side Matt Crouch had 28 disposals but just 98m gained.

“Sometimes metres gained for a midfielder can be misleading,” van Berlo said.

“Sometimes Lairdy can break lines and other times it can be about net metres gain and how he can get the ball to a player and away they go.”

Originally published as AFL 2022: All the Adelaide Crows news ahead of Round 18 clash with Collingwood