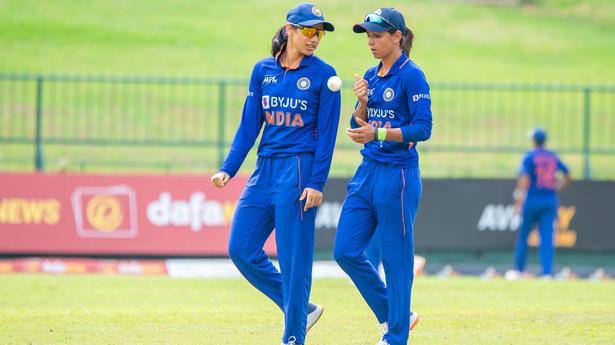 Here are the profiles of all the athletes who will represent India in women’s T20I cricket at the Commonwealth Games 2022 in Birmingham.

Known for her straight-talking, Harmanpreet Kaur will be hoping to lead her team from the front. She is the only Indian woman to hit a hundred in T20I cricket. Harmanpreet, who became India’s leading run-scorer in the shortest format surpassing former captain Mithali Raj in June, is India’s middle-order mainstay. Leading up to the Commonwealth Games, she had a successful outing against Sri Lanka, emerging as the ‘player of the tournament’ in both T20Is and ODIs. Though she has no big innings to her credit in recent time, her ability to swing the bat for maximum will potentially raise India’s chance for a CWG medal. Against Sri Lanka, she bowled and grabbed three wickets- two in ODIs and one in T20Is.

A stylish left-handed opening batter, Smriti Mandhana is in good form. Her ability to pile on quick runs facing the new ball and that too, consistently, will be crucial in India’s quest to post a big total or chase a mighty score. In the Commonwealth Games, she will hope to succeed with the bat at Birmingham’s Edgbaston Stadium, as her strike rate of 120 is one of the best in the format.

The young opening batter may not be in fine form, but her ability to provide India with a brisk start is a skill not many players have. As evident previously, Shafali Verma, with a strike rate of 139, can rattle off the opposition bowlers with her hard-hitting batting style. The 18-year-old could be unpredictable, but she is someone who can break the clog when the team is under pressure. She could be an asset for India in the CWG.

A middle-order batter Sabbhineni Meghana made a comeback to the Indian women’s team in February after six years. Recently, the 26-year-old featured in all three of India’s matches against Sri Lanka in Dambulla, scoring a highest of 22. Though she is right there in India’s scheme, she will face a tough test in English conditions during the CWG matches.

After missing out on the World Cup earlier this year, the top-order batter returned to the Indian team in style with consistent performances in the three-match T20I series against Sri Lanka. On the Sri Lanka tour, the Indian team management used Jemimah at No.5 to bolster the middle-order, and that move worked. With Smriti and Shafali opening the innings, Jemimah is a perfect choice in the middle-order and has the experience to anchor an innings in crunch times.

The young batter had a forgettable outing against Sri Lanka with just 35 runs in three ODI innings. Moreover, she did not feature in the T20Is and ahead of the big-ticket multi-sport event, it would be interesting to see how the team management utilises Harleen’s talent. With the batting department looking sorted, she might have to wait for her chance to make it to the final eleven.

After an eventful 2021, Sneh was omitted from the tour of Sri Lanka, with India head coach Ramesh Powar indicating that she was at the National Cricket Academy, around that time, working on her fitness. Sneh hasn’t played any international for nearly five months and leading up to the CWG, it would be a challenge for the all-rounder to be match-ready.

Wicketkeeper Taniya Bhatia is a surprise pick in the Indian squad as she was not considered since India’s ICC Women’s T20 World Cup final defeat to Australia in March 2020. As she got a good amount of experience, Taniya has been selected as a second keeper-batter along with Yastika Bhatia, who has been a regular feature in the Indian team since her debut in 2021. It has to be seen whether Taniya gets consideration over Yastika or not.

Having made her international debut in September 2021, Yastika Bhatia has made herself a regular feature on the Indian side. Though a wicketkeeper by trade, Bhatia has been utilised more as a middle-order batter until recently. The 21-year-old Baroda native, who made her debut in all three formats at the international level in the last year, was the preferred keeper in the recent Sri Lanka tour and would continue to be at Birmingham. The left-handed batter has three 50s to her credit in ODIs and is an assured presence, both in front of and behind the stumps.

All-rounders are a vital ingredient for cricket teams to attain balance, and Deepti Sharma is the one who provides the Indian side with that luxury. Capable of delivering with her left-handed batting anywhere across the batting order, Sharma is also potent with her right-hand off-spin. Having made her international debut in 2014, the UP native has also gained significant experience from her stints in the Hundred and the Big Bash League.

A left-arm spinner of the classic mould, Rajeshwari Gayakwad is one of the more experienced hands in India’s cricket squad for the CWG. Hailing from Bijapur in Karnataka, this 31-year-old has represented India in all three formats. Gayakwad, who was part of the 2017 World Cup side, which finished runners-up, averages just 18 with the ball.

Pooja Vastrakar, who belongs to the rare breed of fast-bowling all-rounders, will be going into the CWG high on confidence. In the third ODI during the recently concluded Sri Lanka tour, the 22-year-old pulled an impactful all-round performance with an unbeaten 56 in the first innings and two wickets in the second. India would be banking on the Madhya Pradesh native’s lower order hitting and consistent medium pace for a fruitful outing in the CWG.

Though she is yet to make her debut in T20Is, right-arm medium pacer Meghna Singh has found a space for herself in the CWG squad. This is down to the consistency the 28-year-old has displayed with the ball ever since making her debut in the 2021 Australia tour. Meghna, who represents the Railways in domestic cricket, also made her debut in Test cricket against Australia on the same tour. She was also part of the T20 world cup squad earlier this year but didn’t get a chance to make her presence felt.

The right arm medium fast bowler picked up a couple of wickets in the T20Is against Sri Lanka and followed it up with seven in the three-match ODIs. In the absence of seasoned campaigners like Shikha Pandey, India’s fast bowling unit will rely a lot on the 26-year-old from Shimla.

One of the key bowlers, Radha bagged four wickets in the three-match T20Is against Sri Lanka, and her experience will come in handy in the Commonwealth Games. Having featured in 43 T20Is, Radha understands the dynamics of the format and can be effective in finding breakthroughs.