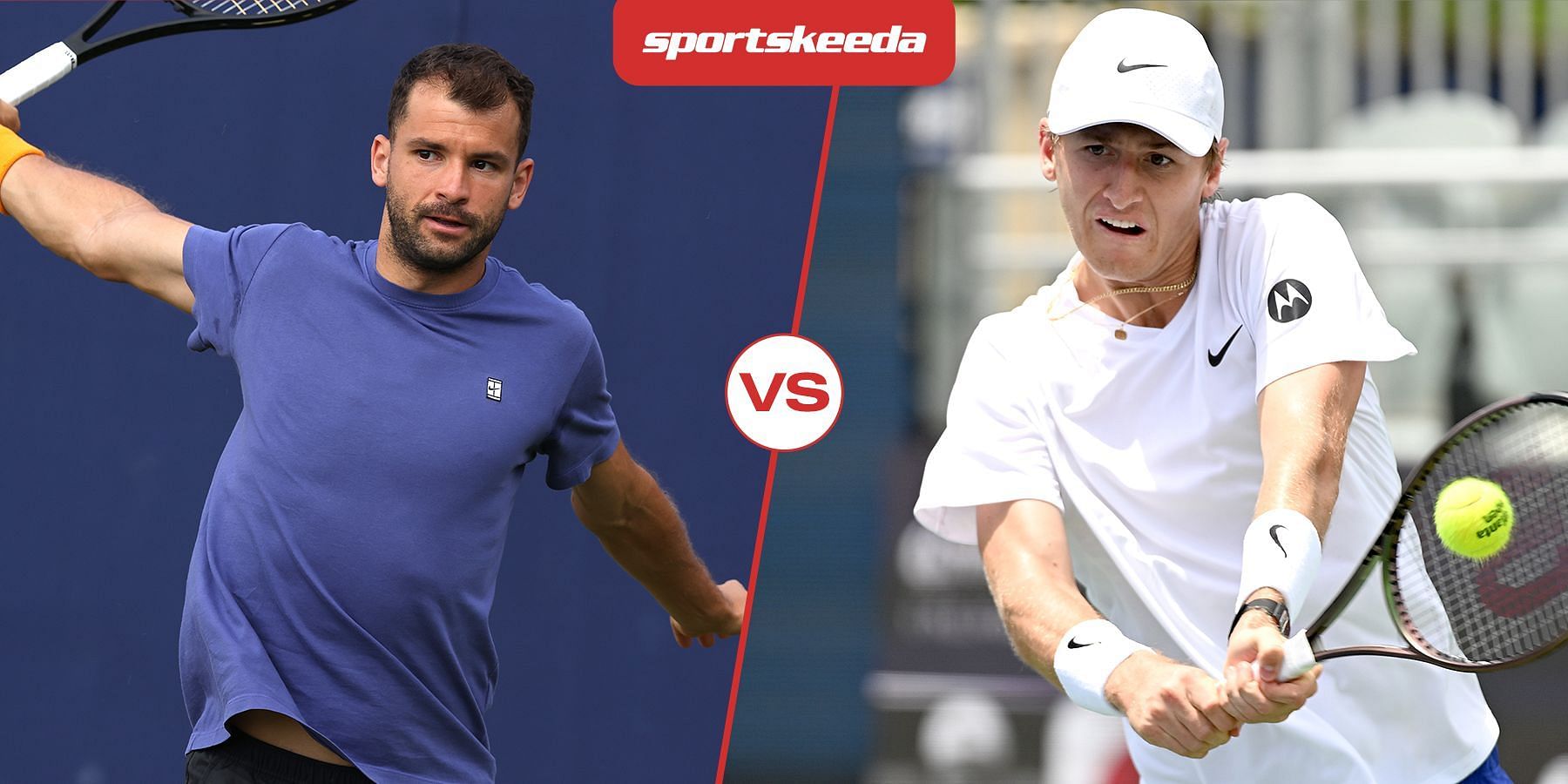 Fifth seed Grigor Dimitrov will square off against home favorite Sebastian Korda in the third round of the 2022 Citi Open on Thursday.

Following a first-round bye, Dimitrov took on Adrian Mannarino and raced to a 5-0 lead in no time to start the match. After a hold of serve from his opponent, the Bulgarian served out the set to clinch it.

The duo were evenly matched for the better part of the second set. Mannarino snagged the decisive break in the eighth game of the set, following which he easily served out the set to take the match to a decider.

The Frenchman led 3-1 in the third set, but Dimitrov raised his level and soon tied the score. Mannarino served to stay in the match at 6-5 but the pressure proved to be too much for him. Dimitrov broke his opponent’s serve for the final time to win 6-1, 3-6, 7-5.

Sebastian Korda took out Ilya Ivashka in the first round, who reached the semifinals of the Atlanta Open last week. He was up against 12th seed Sebastian Baez in the second round.

Korda broke his opponent’s serve twice as he jumped to a 5-0 lead in the first set. Baez then saved a set point to finally get on board but his opponent served out the set in the following game.

Korda secured a break on serve to go 4-3 up in the second set. Baez held a couple of break points in the very next game to get back on serve, but was unable to convert either of them.

The 22-year-old soon closed out the proceedings to win the match 6-1, 6-4. Korda has won consecutive matches for the first time since reaching the third round of the French Open a couple of months ago.

This will be the first meeting between them, so the head-to-head stands at 0-0 for now.

All odds are sourced from BetMGM.

After winning the first set comfortably, Dimitrov was on the backfoot until the very end of his second-round contest. He pulled off an escape act, but will need to step up his game going forward.

Korda, meanwhile, defeated Ivashka in straight sets in the first round and won even more convincingly against Baez in the second round.

Dimitrov threw in seven double faults in the second round and will need to clean up his act. His movement also looked quite subpar, but the hot conditions in D.C. have taken a toll on many players.

Korda served and returned quite well in the second round, and didn’t get broken even once. He dictated the proceedings and remained in control of the match from start to finish. If he keeps that up, the Bulgarian will find it tough to get past him.

Dimitrov’s game is versatile enough for him to handle everything his opponent throws at him. Both players have succumbed to their nerves in the past on numerous occasions, and it could prove to be their downfall yet again.

Korda has looked quite impressive this week and based on his performances so far, he’s likely to have the edge against Dimitrov as well.