“Chip back traveling with her just like the golden days, we’ll be holding trophies again in no time” – Tennis fans react to Serena Williams showing up to watch sister Venus Williams at Citi Open with her dog 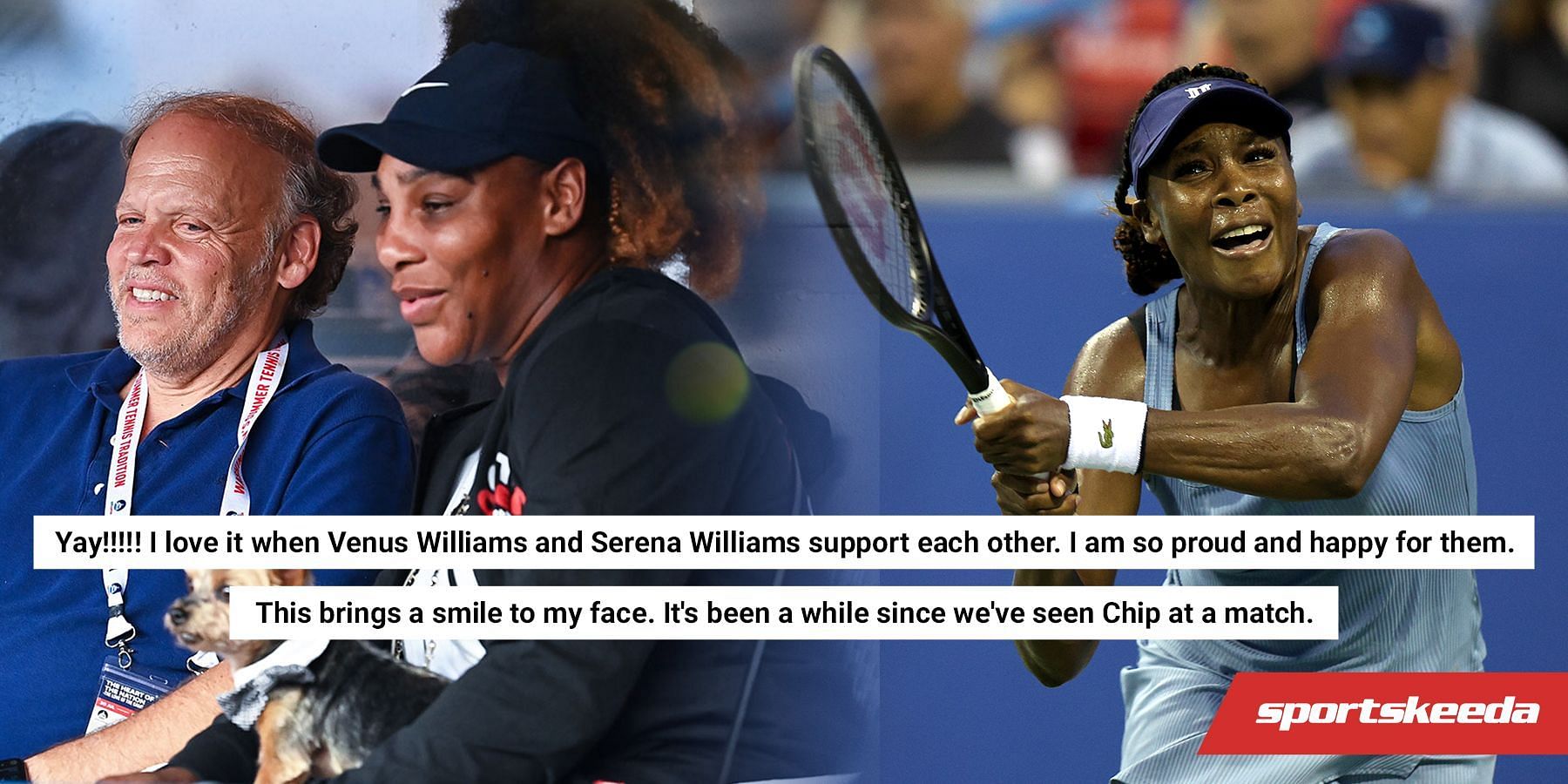 Although Serena Williams will wait until the National Bank Open in Toronto to kick start her 2022 US Open series, the American has spent the last few days at the Citi Open in Washington, D.C.

With her sister Venus Williams taking part in the singles draw at the WTA250 event, the 23-time Grand Slam champion dropped in to train alongside her, even showing up to watch her elder sister in action in her opener. Unfortunately, the seven-time Grand Slam champion could not proceed any further, falling 4-6, 6-1, 6-4 to Canadian Rebecca Marino despite putting in an impressive performance.

Venus Williams received a lot of praise from fans on social media for her performance on the night, with many praising her for having the fire in her belly to compete even at this age. Interestingly, Serena Williams’ presence at the encounter also caught their eye.

Many users on Twitter were ecstatic that the former World No. 1 was once again becoming a regular on the WTA tour, remarking that showing up to tournaments she wasn’t participating in meant she was serious about her comeback.

The 40-year-old was also accompanied by her dog Christopher Chip Rafael Nadal, named after the 22-time Grand Slam champion from Spain. Seeing the familiar sight once again, one fan declared that it was a sign that things will be returning back to normal soon and that Williams will be back to winning tournaments in no time. The tweet read:

“Chip back traveling with her to tournaments just like the golden days. All we need is Sascha and we’ll be holding trophies again in no time.”

chip back traveling with her to tournaments just like the golden days.. all we need is Sascha and we’ll be holding trophies again in no time twitter.com/citiopen/statu…

Another fan noted that it was great to see the Williams sisters motivating each other on their comeback journeys and helping each other get back into rhythm, and tweeted:

“Yay!!!!! I love it when Venus Williams and Serena Williams support each other. I am so proud and happy for them.”

Here are a few more reactions from fans:

For her own comeback journey, Serena Williams has opted to play two WTA1000 events – the National Bank Open in Toronto and the Western & Southern Open in Cincinnati – to prepare for the US Open at the end of the month. In both events, she will also be joined by her sister Venus Williams.

The 23-time Grand Slam champion’s run at Wimbledon came to an early end after she lost to Harmony Tan in three sets in her opener. With more match practice under her belt, however, the American will be hoping to do better at Flushing Meadows in her pursuit of the elusive 24th Grand Slam.