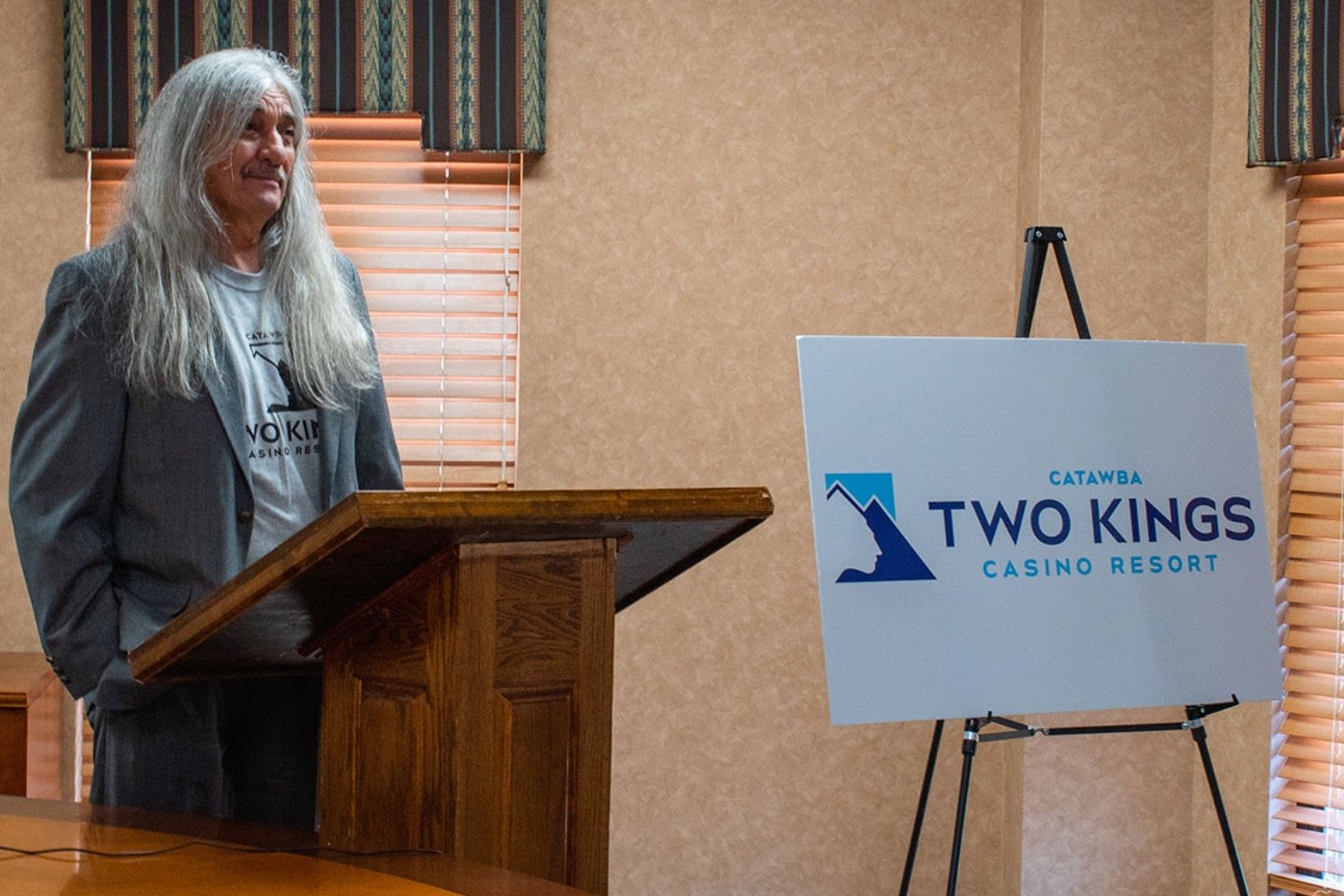 Construction on a long-planned and controversial Class III tribal casino resort near Charlotte, NC, has been held up by a federal investigation into the $273 million project.

The Wall St. Journal reported Sunday that the National Indian Gaming Commission (NIGC) is investigating plans by the Catawba Nation to build its Two Kings Casino in Kings Mountain. According to the article, NIGC officials believe the South Carolina-based tribe may not be the primary beneficiary of the gaming activity, a principal tenet of the Indian Gaming Regulatory Act (IGRA).

To the extent that the NIGC has identified areas of concern, we have made corrections or are now actively engaged in resolving those concerns with them,” Catawba Chief Bill Harris told the Journal in a written statement.

The Democratic Whip in the US House, James Clyburn, sponsored a bill to keep the North Carolina-based Eastern Band of Cherokee Indians from suing the federal government over the decision to take North Carolina land into trust for the Catawbas.

The Catawbas needed the 17 acres of North Carolina land to operate a casino because South Carolina leaders declined to allow gaming in their state. In late December, President Biden signed a defense bill into law that included the Catawba Indian Nation Lands Act in its language.

According to the Journal, others who have benefited from the Catawba casino include Michael Haley, husband of former Republican South Carolina Gov. Nikki Haley, and Patti Solis Doyle, a well-connected Democratic campaign organizer.

Those individuals are ultimately connected to a company called Kings Mountain Equipment Supply. That company gets 20% of the profits the casino generates, according to the article stated.

For more than a year, the tribe has operated a temporary casino near where it intends to build the resort. When that facility opened on July 1, 2021, tribal officials and Delaware North, Catawba’s gaming operator partner, expected construction of the full resort to take about a year.

Initially, the Catawba Nation opened the temporary venue with 500 machines. Last fall, it embarked on an expansion that doubled the number of games available. That expansion opened in December and included electronic table games.

Tribal leaders expect the permanent Two Kings Casino to create up to 2,600 jobs and thousands of construction positions, which they say would be a boon to the local economy. It’s expected to host about 1,800 gaming machines.

What Primary Beneficiary Means Under IGRA

The NIGC and the US Department of the Interior have looked closely at other tribal gaming agreements and raised similar concerns about tribes being the primary beneficiary of gaming activity.

Last fall, the commission wrote to the Seneca Nation and raised concerns about a court-ordered payment to New York state over a disagreement regarding revenue-sharing payments. Tom Cunningham, the NIGC’s chief compliance officer, told Seneca leaders that payments to the state must come with “something meaningful” to the tribe in return. Otherwise, the payments could pose a violation of IGRA.

Ultimately, the tribe made the $564 million payment to the state earlier this year after New York leaders sought to freeze tribal accounts. The state intends to use its share of the money, some of which went to local governments, to cover part of its portion of the planned stadium for the Buffalo Bills.

The other occasion took place nearly a year ago, when the Department of the Interior failed to rule after its 45-day review on the amended gaming compact between the Seminole Tribe of Florida and state officials. By law, that meant that the gaming compact was deemed approved as the compact is considered in line with IGRA.

However, in his notification letter to tribal and state leaders, Bryan Newland, the principal deputy assistant secretary for Indian Affairs, said the federal government could not endorse the marketing agreements between the Seminoles and pari-mutuel gaming operators in the state. That’s since the state-licensed operators stood to receive 60% of the revenues from sports betting kiosks installed at their facilities.

The Seminoles have suspended their sports betting operations after a federal judge invalidated the amended compact. Both the tribe and the federal government are appealing that decision.