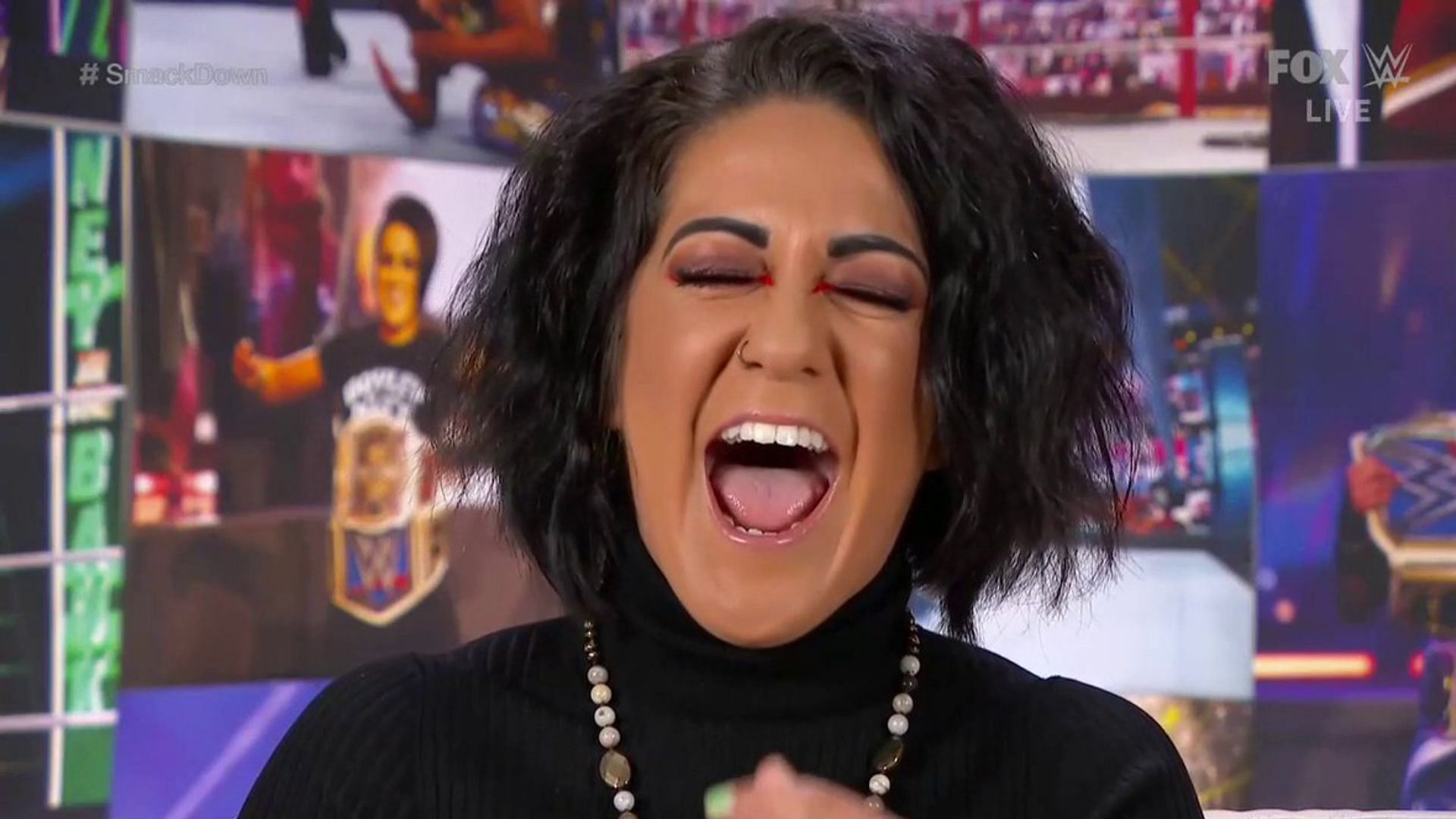 Bayley has reacted to a Gauntlet Match announced for tonight’s edition of WWE SmackDown.

Sonya Deville, Shayna Baszler, Shotzi, Aliyah, Raquel Rodriguez, Natalya and Xia Li will compete in a Gauntlet Match tonight on the blue brand. The winner of the clash will go on to battle Liv Morgan for the SmackDown Women’s Championship at Clash at the Castle on September 3rd.

Liv defeated Ronda Rousey at SummerSlam to retain the title under controversial circumstances. The Role Model took to Twitter to react to the advertised Gauntlet Match and responded with an image from her return at SummerSlam. The photo shows her laughing alongside IYO SKY and Dakota Kai. She suggested that she should be the one to face Liv Morgan at Clash at the Castle.

The WWE Universe wants Bayley to show up on SmackDown

The 33-year-old made her return to WWE at SummerSlam and got a great reaction from the crowd in Nashville. She missed over a year of action after suffering a torn ACL in June 2021. Bayley confronted Bianca Belair after her victory over Becky Lynch, and surrounded her with SKY & Kai. Lynch turned face and stood by the champion’s side.

Big Time Becks announced the following night that she had separated her shoulder at SummerSlam and the trio of heels attacked her backstage. Bianca battled IYO SKY later on RAW but the match ended in a no contest after The Role Model and Dakota interfered. Alexa Bliss and Asuka helped Bianca even the odds and the heels retreated.

Despite Bayley having her hands full with Bianca Belair on RAW, many fans are hoping to see the trio interfere during tonight’s Gauntlet Match on SmackDown. Some fans aren’t thrilled with the superstars in the match and want the three-time women’s champion to challenge Liv Morgan at Clash at the Castle.

Which WWE Superstar do you want to see win the Gauntlet Match tonight and face Liv Morgan at Clash at the Castle? Let us know in the comments section below.