Ballybrit’s Boys of Summer Could Be Next Season Stars 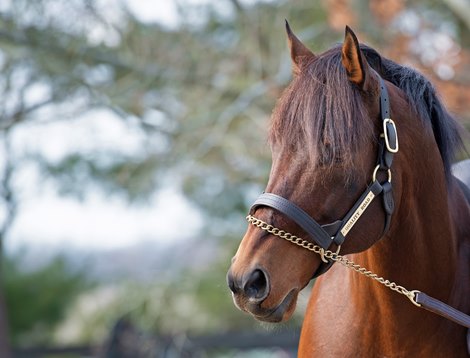 Form students and pedigree buffs have learned by now that it is vital to take heed of the juveniles unleashed by Ireland’s most powerful stables at the Galway festival.

The opening two evening meetings of the week-long extravaganza have been graced by future stars of the sport, taking their first steps on the road to glory.

In 2003, Dermot Weld unveiled a Budweiser Irish Derby (G1) winner at Galway when Grey Swallow , who would go on to defeat Vodafone Epsom Derby (G1) hero North Light  at the Curragh the following year, won the colts’ juvenile maiden and, in more recent years, subsequent group winners such as Weld’s Jersey Stakes (G3) winner Mustajeeb  and Innisfree , who ended the 2019 season with success in the Beresford Stakes (G2), emerged victorious from the contest for Aidan O’Brien.

The field assembled for this year’s renewal of the Claregalwayhotel.ie Irish EBF Maiden could very well contain another classic or Royal Ascot winner if their pedigrees are anything to go by.

It is doubtful that Quality Road   has sired many Galway runners before, but on Monday, he could have a Ballybrit winner to go with his champions if Cairo makes a successful debut for Ballydoyle and Coolmore. The colt is one of three homebred juvenile sons of Lane’s End Farm’s quadruple grade 1 winner registered in training for the Coolmore partners.

Cuff is also a half sister to 2011 Gran Criterium (G1) winner Nayarra , their dam Massarra being a Danehill full sister to Kodiac  and half sister to Invincible Spirit  and group 3 winner Acts of Grace , who is the second dam of multiple group 1 winner Mishriff , out of the brilliant Rafha.

Johnny Murtagh is no stranger to Galway success and runs Malacanne, a son of Raven’s Pass  who cost €50,000 (US$58,418) at the 2021 Goffs Orby Yearling Sale when bought by Bobby O’Ryan from Oghill House Stud.

Barney Roy wins the Jebel Hatta at Meydan Racecourse in 2020

Malacanne is a half brother to Alina, the dam of Barney Roy , whose four group 1 successes included the St. James’s Palace Stakes (G1) of 2017. They are out of 2007 Ridgewood Pearl Stakes (G3) and Irish Stallion Farms E.B.F. Brownstown Stakes (G3) winner of 2008 Cheyenne Star , who is a Mujahid half sister to the dam of globetrotting group 1 winner Gordon Lord Byron .

The other newcomer of note is the Noel Meade-trained Pearl of Australia, a €72,000 ($75,322) purchase from the Tattersalls Ireland Goresbridge Breeze-Up Sale of this year.