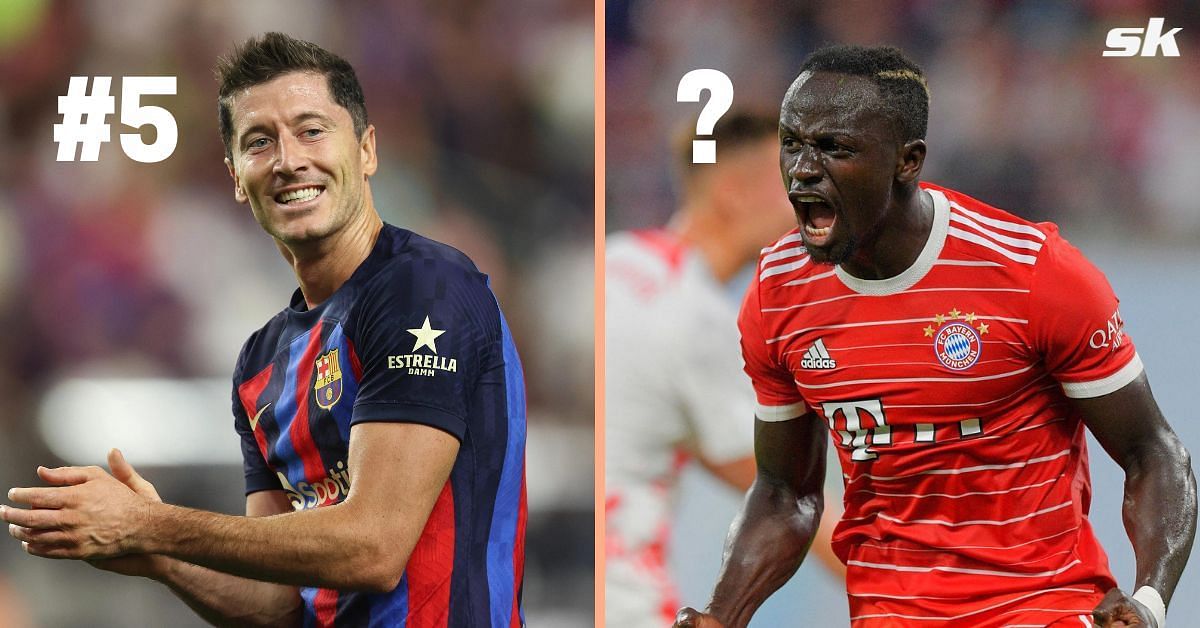 The 2022 Ballon d’Or winner will be named on October 17 this year, two months earlier than the usual date. The annual award is presented by French news magazine France Football to the best performing footballer in a calendar year.

The Ballon d’Or is, without a doubt, the most prestigious individual prize in football. The winner is chosen by a combination of votes from media representatives, national team captains and coaches.

The race for the Ballon d’Or is heating up and it will get even more intense once the ball starts rolling in the 2022-23 season. France Football will release the 30-man shortlist on August 12. But we already have a very good idea of who the top contenders will be for the award this year.

Without further ado, let’s take a look at the top five contenders for the Ballon d’Or this year.

Robert Lewandowski picked up his second successive European Golden Shoe in the 2021-22 season, scoring 35 goals for Bayern Munich in the Bundesliga.

Lewandowski has been the most prolific goalscorer in Europe for a while now and netted 50 times and provided seven assists in 46 appearances across all competitions last term. He also played a key role in helping Poland secure World Cup qualification.

Lewandowski copped a move to Barcelona from Bayern Munich earlier this summer on a deal worth €45 million.

Vinicius Jr. truly announced his arrival on the big stage in the 2021-22 season. He moved on from the days when he was a mercurial talent who blew hot and cold and doubled down on his strengths to burgeon into one of the best forwards in Europe.

Vinicius was in phenomenal form for Real Madrid last term. He was confident in his stride and had defenders backpedaling every time he got on the ball. The Brazilian winger also struck up a wonderful partnership with Karim Benzema and the duo helped Real Madrid dominate La Liga.

In 52 appearances across all competitions in the 2021-22 season, Vinicius scored 22 goals and provided 20 assists. He scored the only goal of the Champions League final for Real Madrid against Liverpool and played a crucial role in making Los Blancos the champions of Europe.

Vinicius was a vital cog in the side that also won the La Liga title last term. The 22-year-old has to be a top contender to win the Ballon d’Or this year.

Kylian Mbappe‘s stats from the 2021-22 season should be enough to earn him a place on the Ballon d’Or podium. In 46 appearances across all competitions for Paris Saint-Germain, Mbappe scored 39 goals and provided 26 assists.

He has established himself as the most intimidating forward in Europe right now. The Frenchman finds a way to affect almost every single game he plays and is prolific with his goal contributions.

However, just like Lewandowski, Mbappe’s chances of winning the Ballon d’Or are limited as he has just the Ligue 1 title in his trophy collection last season.

Sadio Mane had a difficult time in the first half of the 2021-22 season. But he was back to his best following the turn of the year. He kicked into his groove and has been in sensational form for both club and country in 2022.

He guided Senegal to a triumphant run at the 2021 AFCON and was named the ‘Player of the Tournament’. He also led them to World Cup qualification. Back at Liverpool, he transitioned into a centre-forward and ended up being a pretty solid one at that.

Mane finished the 2021-22 season with 23 goals and five assists in 51 appearances across all competitions for Jurgen Klopp’s side last term. The 30-year-old was recently named the CAF Player of the Year as well.

He also played a crucial role for Liverpool in their FA Cup and League Cup triumphs. By virtue of all these achievements, Mane is a top contender for the 2022 Ballon d’Or. He joined Bayern Munich from Liverpool earlier this summer on a deal worth €32 million.

Karim Benzema is the odds-on favorite to win the Ballon d’Or this year. In fact, it would be criminal to deny Benzema the Ballon d’Or after the year he has had. His individual brilliance propelled Real Madrid to the La Liga and Champions League titles last term.

The Frenchman was in blistering form for Los Blancos in the knockout stages of the Champions League last term. His staggering performances include hat-tricks against PSG and Chelsea in the Round of 16 and quarter-finals respectively, prior to bagging a brace against Manchester City in the semi-finals.

It is also worth noting that he scored the winners in the games against all of these three teams. Benzema finished the 2021-22 season with 44 goals and 15 assists in 46 appearances across all competitions for Carlo Ancelotti’s men last term.