Bacon Eatery to Debut (Off Strip) in Las Vegas – Casino.org 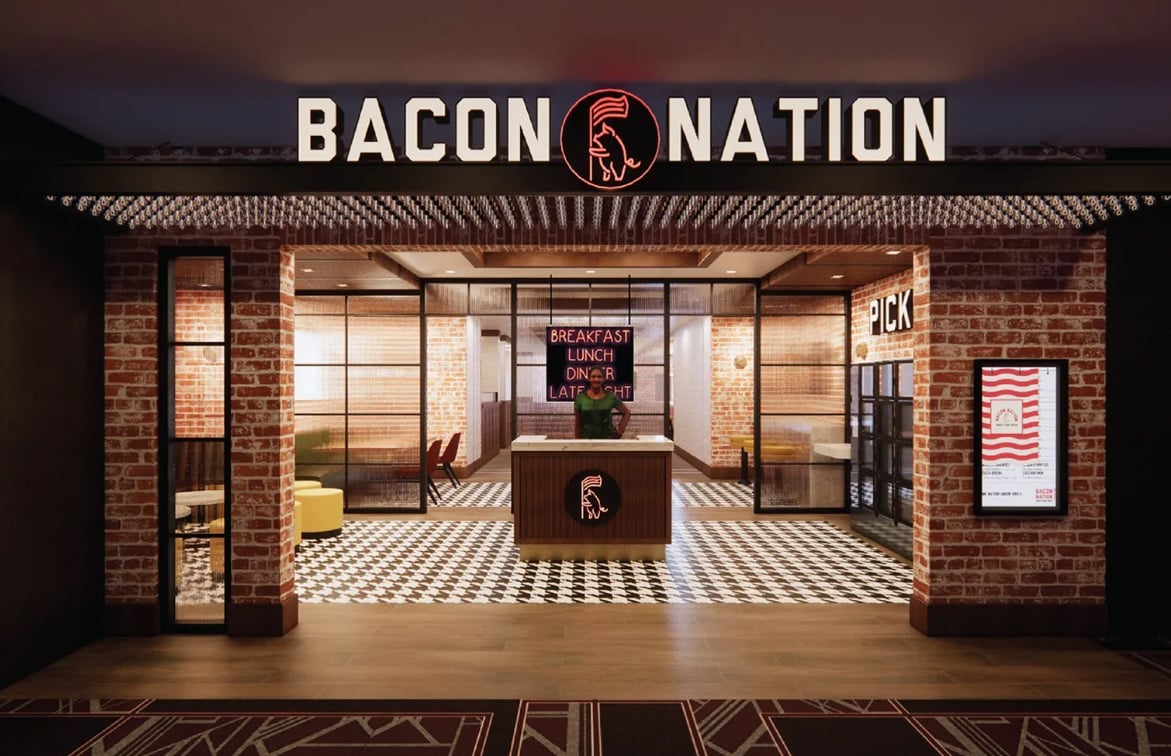 This fall, The D Las Vegas will become hog heaven for bacon enthusiasts. Bacon Nation, a 24/7 celebration of the salted pork strip, is set to open as part of a second-floor expansion for the downtown casino and hotel. That expansion will also add slot space and double the size of the BarCanada sports bar.

The signature menu item will be — hold your hogs — the Reverse BLT, its bread sandwiched between a bacon bun.

Bacon Nation was born when The D asked Downtown Hospitality Group of Vegas to brainstorm a replacement for its D Grill, which closed when the pandemic first erupted. Abe Taylor, a founding partner of DHG and a partner in Bacon Nation, hit upon the concept. Derek Stevens, owner, CEO and namesake of The D, bit immediately.

“There’s hardly a thing more universally loved than bacon,” Stevens told the Las Vegas Review-Journal. “They had me sold in the various pitches about the different kinds of bacon and sauces. We think Bacon Nation will add another amenity into The D.”

In 2020, more than 268 million Americans ate bacon, according to bacon research from stastica.com. The National Pork Board found bacon served in seven of 10 U.S. restaurants, and claims that the number of eateries serving pork belly, the cut of meat that yields bacon, is up 59% since 2014.

Bacon Nation at The D will feature an open kitchen, brick walls and marble accents in about 5,000 square feet. Dining will be available for about 130 guests, in addition to a private dining space for up to 24. In the wee hours, the restaurant will shift to pickup service in which customers place their orders online, then scan a QR code to retrieve them from temperature-controlled lockers.

Stevens said he also plans Bacon Nation outlets in his Circa and Golden Gate hotel-casinos.