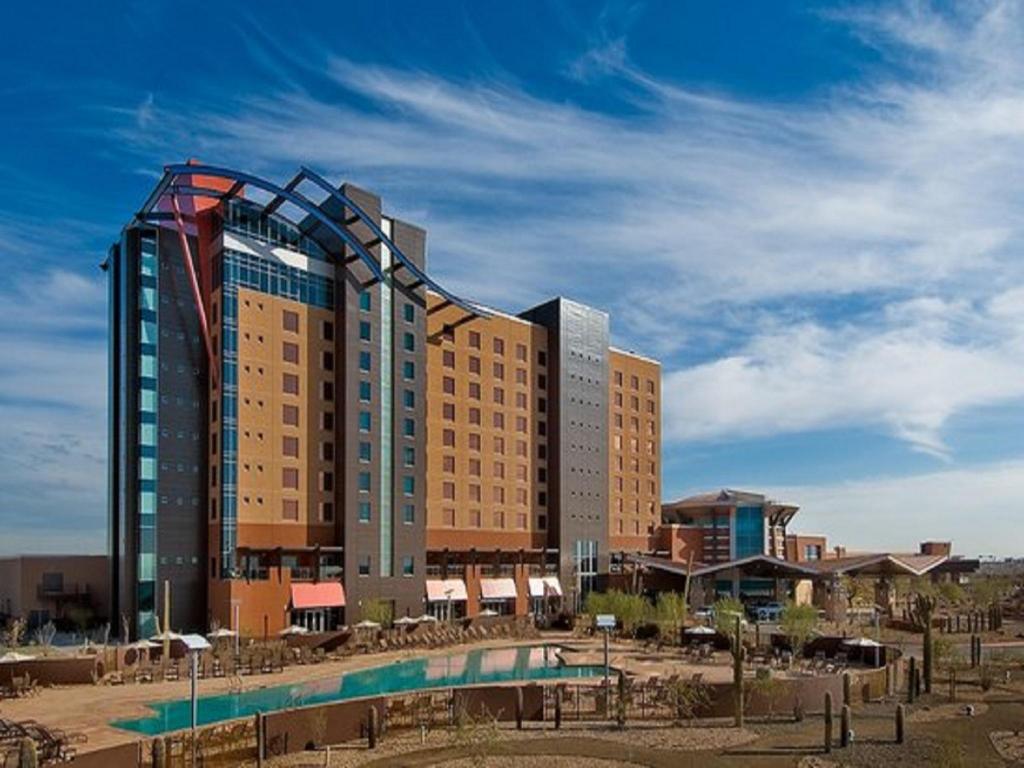 FBI agents and local cops continue to search for the man who repeatedly stabbed a woman outside of Arizona’s Wild Horse Pass gaming property on Saturday evening. The victim was rushed to a local hospital for treatment. Her current condition is not known

The incident took place after the unnamed 31-year-old victim parked her car in a casino lot. She got out of her vehicle and was stabbed by the suspect, KNXV, a local TV station, reported. He then fled the area in a white pick-up truck.

Police did not provide a description of the suspect. There are details on the truck as reported by KNXV.

It is a crew cab and did not have license plates. The truck had a brush guard. There was light tint on the front window. Also, there was dark tint on the back window. The right rear quarter panel was damaged, and a tailgate was missing.

It is unclear why the stabbing took place. It is also unknown what kind of weapon was used. It appears the suspect was hanging out in the lot before the attack.

Lorenz was charged with first-degree murder and aggravated assault, according to KOLD, a local TV station.

He allegedly fired shots at his ex-girlfriend and a man whom she was apparently dating while at the Wild Horse Pass parking garage on April 15, 2021.

The victim, identified as Philip Bachelder, 52, died shortly after getting shot, according to Azfamily.com, a regional news site.

The incident began as Lorenz hid in the bed of a pickup truck parked on the third floor of the tribal casino garage, Azfamily.com said.

He waited for his ex-girlfriend and Bachelder. When the couple walked near the truck, Lorenz jumped out of the bed and began allegedly firing shots at them. Bachelder was wounded.

Lorenz then ran after the ex-girlfriend. He allegedly tried to shoot her, too. But she outran him.

A brief time later, police officers arrived. Gila River officers and Lorenz exchanged gunfire. Lorenz ran away from the officers. He stumbled and fell onto the garage floor. Then, a police officer zapped him with a taser, Azfamily.com said. He was apprehended. It is not immediately known if the case against Lorenz has been adjudicated.

Last year, it was announced that a major expansion is planned for Wild Horse Pass. Over 10 years, Sunbelt Holdings of Scottsdale, Ariz. will develop 3,300 acres of land surrounding the casino. New hotels, recreation and park areas, restaurants, retail shopping, office space, and sports and entertainment venues will be added to the area.

One key element to the expansion is a new outdoor sports stadium. Open last year, it seats up to 10,000 people. The stadium is the new home and training site of the Phoenix Rising Football Club. The team competes in the United Soccer League.

Wild Horse Pass is located near Ahwatukee, Ariz. It is about 17 miles southeast of Phoenix, Ariz.