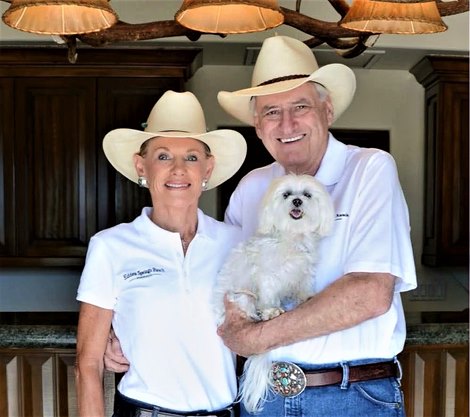 Entrepreneur and Arizona training center owner Robert “Bob” Harley McKee died earlier this year at his Phoenix home. He was 90.

McKee was born and raised in Hamilton, Mo., in the home behind a service station owned by his grandfather and run by his father. He graduated from William Jewell College with a bachelor’s degree in economics and eventually moved to Arizona in 1969, where he developed one of the largest independent chains of self-serve gas stations in the Southwest.

According to his family, he then branched out into banking, procuring Ralston Bank in Nebraska, which he sold to Norwest Bank that later became Wells Fargo Bank. In 1988, he founded the Board of the Torrey Pines Club after successfully acquiring the lease of the 36-hole municipal Torrey Pines Golf Course owned by the city of San Diego. He served as the board chairman up to his death.

McKee got involved in Thoroughbred racing in the 1970s. Either solely or with his wife of 44 years, Mary Ellen, McKee raced several stakes performers, including Keep On Top, who won the Molly Butler Handicap at Turf Paradise in 1988 and the 1989 Las Palmas Stakes at Los Alamitos Race Course; and Blacktie Bid, who won the Black Swan Stakes at Fairplex Park in 1995. They also raced turf stakes winner Nice Choice, who won the 2005 Dwight D. Patterson Handicap at Turf Paradise. The son of Society Max was bought for $29,000 at the 2001 Arizona Thoroughbred Breeders’ Association Fall Mixed Sale from Triple AAA Ranch.

Their stable—sometimes listed under their own names and sometimes as Double Kee—included several black-type homebreds as well, including Biltmore Breeze (out of Keep On Top), who D. Wayne Lukas trained for them to finish third in the 1997 Hollywood Wildcat Handicap at Hollywood Park.

In 1999 the McKees established Hidden Springs Ranch, a 222-acre breaking, training, and boarding facility in Peeples Valley, Ariz. The training center included a five-furlong track and swimming facilities to handle lay-ups and rehabilitation.

McKee was an avid handicapper and enjoyed following up a day at Del Mar with a good poker game.

McKee was preceded in death by his parents: Robert Doak and Helen Williams McKee; two grandsons; the mother of his children, Peggy Kelly; and brother-in-law Richard Poulsen.