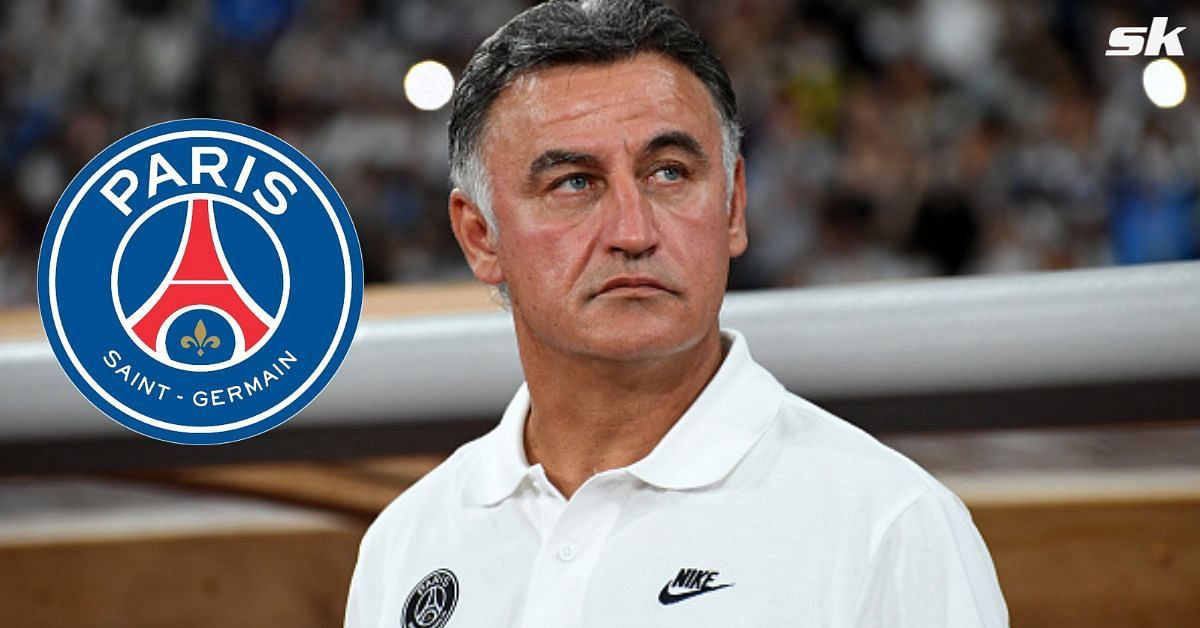 PSG’s new boss Christophe Galtier has revealed that the club are not yet done in the transfer market. He expects the French giants to make ‘three more signings’ before the close of the transfer window on September 1.

According to Fabrizio Romano, Galtier has confirmed that there will be at least three more additions to the squad this summer. The club are keen to add a striker, central defender, and another midfielder to their ranks.

The Ligue 1 champions have been quite busy this summer. The club have focused on signing young talents this summer.

They have signed Vitinha from Sporting Lisbon, Nordi Mukiele from RB Leipzig, and Hugo Ekitike on loan from Stade Reims. Galtier’s side have also signed Portuguese midfielder Renato Sanches from Lille.

There have been some notable departures as well. Angel Di Maria, Alphonse Areola, Xavi Simmons, Colin Dagba, and Marcin Bulka have all left the club.

PSG manager Christophe Galtier and the club’s sporting director Luis Campos are reportedly eager to continue strengthening their squad by signing a new central defender, a midfielder, and a striker.

As per Sempreinter, the French club are interested in signing Inter Milan defender Milan Skriniar. According to teamtalk, PSG are also interested in signing RB Salzburg striker Benjamin Sesko. The teenager has been the subject of interest from Manchester United and Chelsea in recent weeks.

Galtier’s side are also believed to be considering a move for Lazio midfielder Sergej Milinkovic-Savic as per El Nacional.

PSG need to move on some deadweight this summer

PSG have a number of players who were on the fringes of the club’s squad last season and are unlikely to see much playing time this season. They need to move on from these players to create space in the squad and wage bill for new arrivals.

Julian Draxler made just 18 Ligue 1 appearances last season and scored two goals. The German has struggled to break into the club’s starting line-up over the last three seasons and has seemingly become surplus to requirements. According to Sky Sports, Newcastle United are interested in signing him.

🚨 Newcastle have enquired about the availability of Julian Draxler. 🇩🇪PSG would be willing to sell for around €25m. 💰(Source: @le10sport) https://t.co/4fQMBnrItN

Leandro Paredes made just 22 appearances in all competitions last season. The Argentine has just one year left on his contract. The French giants would therefore prefer to cash in on him this summer rather than risk losing him on a free transfer next year. As per SBNation, he has agreed personal terms with Italian giants Juventus.